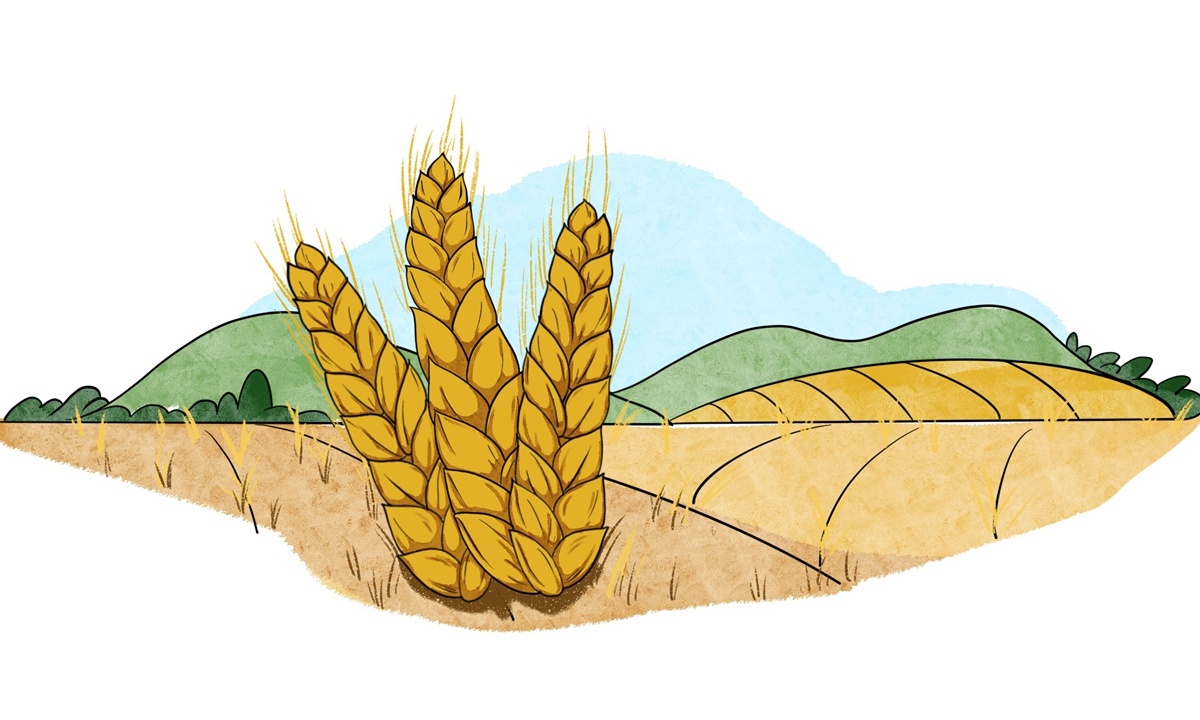 The rainfall in Central China's Henan Province has caused distress in some areas over recent days. The extreme heavy rainfall in the city of Zhengzhou on Tuesday has caused waterlogging across urban areas. Although emergency rescues were launched at the first time, the disaster has affected local production and transport as reservoirs and rivers are still facing flood control dangers.

Henan Province's grain output in 2020 was 68.26 million tons, ranking the second in China, accounting for more than one-tenth of the country's total output. Being one of the largest agricultural production provinces, Henan's food production under the weather disaster has attracted wide attention both at home and abroad. Many are asking: will the extreme rainfall weather cause significant impact on China's food output and prices this year?

The heavy rain in Henan in recent days will only have a short-term impact on the production and logistics of vegetables and other agricultural products. As the major commodity crop in central China, corn is harvested once a year and will be affected if encounters heavy rainfall during pollination; otherwise, the impact is limited. At present, the pollination period in the central region has not yet reached; it has little effect on the growth of corn throughout the year.

From a nationwide perspective, no meteorological disasters this year will significantly affect the output of major agricultural products such as corn, wheat and rice. In addition, China harvested more wheat this summer due to increased acreage planted and grain yield.

The output of summer wheat, which accounts for most of the country's wheat production, rose 2 percent from 2020 to 134 million tons, the National Statistics Bureau said in a statement earlier this month. Therefore, the food supply of the year will be secured.

China's food prices are currently returning to normal and will not be affected by the recent extreme weather. In the second quarter of 2021, the Producer Price Index (PPI) of agricultural products in China recorded at 100.1. The index decreased compared to the 107.8 index points in the first quarter. Food prices are expected to continue fall given the supply and demand balance will not change, and the prices of corn were at a relatively high level driven by earlier bullish sentiment.

The author is a research fellow on agriculture at the Chinese Academy of Social Sciences.