OPINIONS How Xinjiang brought back social stability after period of turmoil

How Xinjiang brought back social stability after period of turmoil 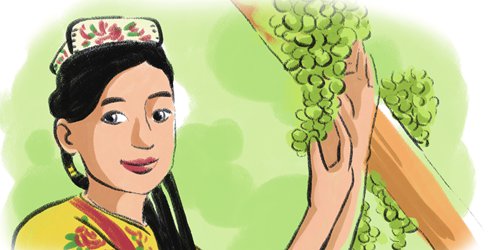 Xinjiang society has been transformed from one of chaos to that of effective governance. Since last year, no violent terrorist attack has taken place in the region. According to statistics from China Information Technology Security Evaluation Center, 1,136 terror attacks took place across the world in 2017, and 639 in the first half of 2018. The governance in China stands in stark contrast to the turmoil in the rest of the world, including the West.

From January to August 2018, Xinjiang welcomed 106 million domestic and international tourists, a 40.9 percent increase. The Xinjiang International Grand Bazaar in Urumqi saw 220,000 tourists per day before the National Day holiday and over 300,000 tourists per day during the holiday. Those who visited the region have all appreciated the beautiful and unique sites, the combination of natural landscape, historic Silk Road, local custom and culture there. Tourists themselves were witnesses to the safety and stability in Xinjiang where they can go sightseeing, dining and shopping merrily.

People of all ethnic groups in Xinjiang have undergone profound mindset changes and are today against Pan-Islamism, Pan-Turkism and the three evil forces. Some ethnic minorities have reflected on major issues and achieved religious desensitization - desisting from treating religion as a sensitive issue. They openly declare that they will jump out of religious trap and recognize that everyone enjoys freedom of religious belief. These changes prove that the pursuit of stability, unity and development has become the main theme of Xinjiang.