HPV vaccine also has a downside 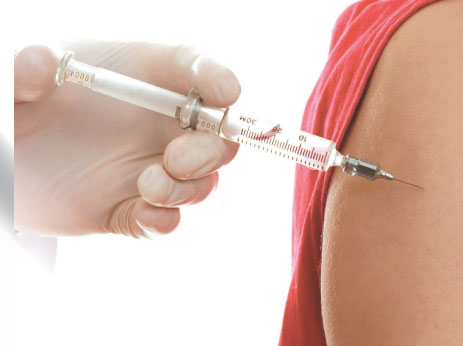 China has approved a new HPV (human papillomavirus) vaccine that combats nine strains of the virus, the leading cause of cervical cancer, which after breast cancer is the second most common cancer in women aged 15 to 44 in China.

Despite a clear ban on drug advertisements in China, wall posters informing the people about the vaccine have appeared in many neighborhoods in Beijing. And many clinics have said they are out of stock of the vaccine.

It seems almost everyone has welcomed the long-overdue approval for the new vaccine. With waves of media headlines heralding it as the ultimate weapon in the fight against HPV infection and thus cervical cancer.

However, the media coverage of the vaccine has failed to tell the whole story－that the vaccine is not necessary for most Chinese women and the vaccine carries the risk of serious adverse reactions.

Indeed, many media reports have been misleading. In a video, which went viral online, Thepaper, an online media startup, interviewed some people with HPV. Blurring the interviewees' faces on screen, it associated the spread of the virus with extramarital affairs and suggested the vaccine can prevent HPV infection.

Which is shocking, because such messages, disguised as news, may convince people that only those who have an extramarital affair are at risk of being infected and that taking the vaccine will prevent an HPV infection and cervical cancer.

It is true that the vaccine can protect women from certain HPV strains that cause cervical cancer, but that it is only part of the truth. Therefore, the media, as a public good for health education, are obliged to present readers and viewers with the full picture.

According to the World Health Organization, HPV infections are not rare or discriminatory, about 80 percent of the women who are sexually active could acquire HPV. But, only a few strains of HPV cause cervical cancer.

The United States approved the vaccine in 2006, when the national cervical cancer rate had been steadily declining for several decades, largely because of enhanced public awareness and routine cervical cancer screenings. Only repeated HPV infections left untreated for, say, 10 years can lead to cervical cancer. So the HPV vaccine is not necessary as long as women have access to such screening services. If an HPV infection is detected, it can be successfully treated in three to four weeks. But even vaccinated women have to undergo screenings as the vaccine could, in some cases, fail to provide the desired protection.

Besides, the vaccine carries the risk of adverse side effects. Japan halted a national HPV vaccination program because of the number of serious adverse reactions reported, including seizures, blindness and paralysis. There have been reports of similar side effects in other countries.

The health authorities should liaise with their counterparts in these countries to determine the risks. Meanwhile, the public has the right to a know the truth about HPV infections and the side effects associated with the vaccine. It is the media's responsibility to disseminate the facts, business interests should not compromise public health education and medical decisions.