Hearings on Huawei chief financial officer Meng Wanzhou's extradition case will be extended to April 2021, the British Columbia Supreme Court said Tuesday, igniting vehement indignation among Chinese public, who claim the prolonged schedule further testifies Canada's role in Meng's being politically caught and trapped in Canada, which acts as an accomplice of the current US government. 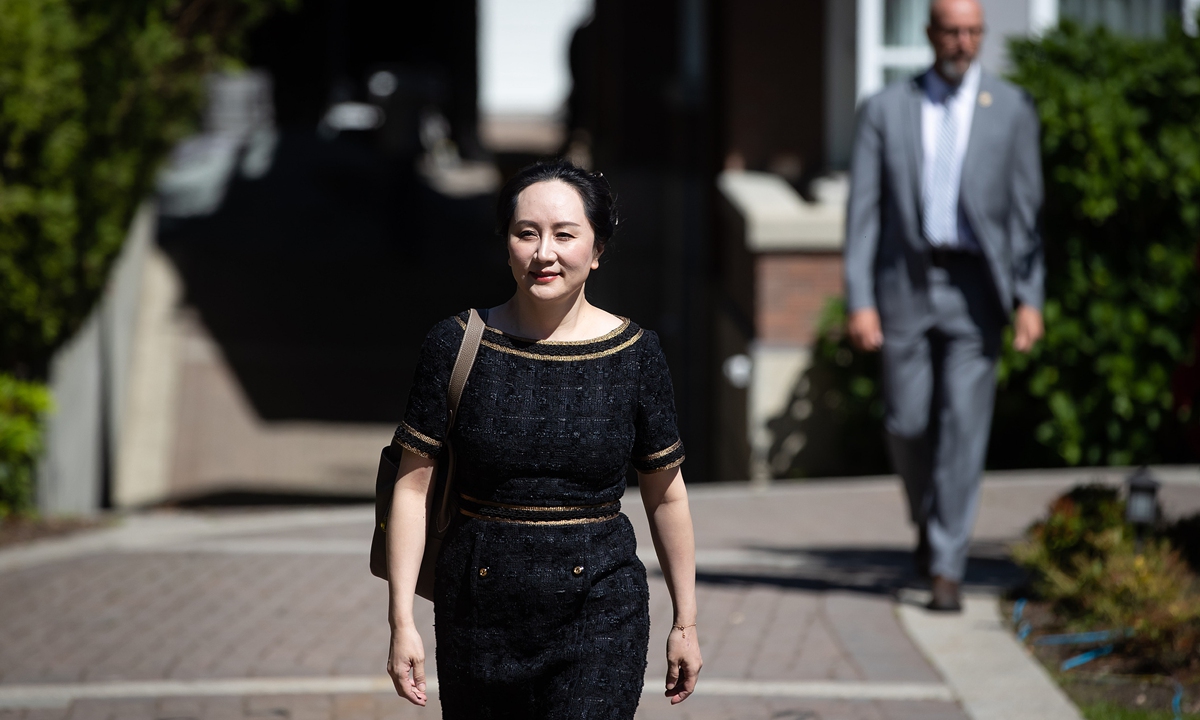 Observers note that the rising Chinese anger toward Canada foretells the ugly tussle and growing tensions between China and Canada  which may ultimately destroy the "last bit of trust" between the two peoples, due to Canada's capitulation, both diplomatically and judicially, to the US.

According to a joint plan presented by defense lawyers and the attorneys, hearings related to document disclosures will take place at two levels of the Vancouver court in July and August in the lead up to a three-week hearing in February 2021 on allegations that Meng's rights have been violated, said a report from CBC News.

According to the original case schedule, the hearings possibly would have ended in October.

"Canada could have been a big beneficiary of the China-US trade war, but it has chosen to blindly follow the steps of the Trump administration on cracking down on Chinese technology firms," Mei Xinyu, a research fellow at the Chinese Academy of International Trade and Economic Cooperation under China's Ministry of Commerce, told the Global Times.

The Canadian government can, legally, intervene and withdraw its support for Meng's extradition to the US at any time, despite its claims that it needs to maintain a hands-off approach until the Huawei executive's extradition hearing concludes, according to a legal opinion addressed to Canada's justice minister, the Global News reported Tuesday.

"All we're saying is: The right exists, the choice exists, the option exists. And it's up to the government to choose whether to exercise that option," said the report.

Canada should be prepared for the consequences of its "choosing sides," as it seems that China's government, backed up by public opinion, has made its mind to be firm and tough in response to Canada's arresting and mistreating Meng since December 2018, an insider told the Global Times on Tuesday.

Canada has to be aware that even if the relationship between China and the US improves, Canada could still suffer from the strong sentiment among the Chinese public over the Meng case, the insider said.

Meng was arrested by Canadian authorities on December 1, 2018 at the request of the US government over allegation of violating the US' unilateral sanctions against Iran, sparking widespread indignation among the Chinese public, and bringing China-Canada ties to historical lows.

Meng's case has been closely watched by the entire country - not only the central government but also the public - since Meng's arrest in 2018, stoking waves of strong resentment towards Canada.

"I'm totally disappointed in Canada. It has to be held accountable for being a 'lapdog' of the US," netizen "Huanghefeng" posted on China's Twitter-like Sina Weibo.

"It's more than clear that Canada dare not say yes until the US authorizes it. Drop the illusions and cut ties with it," another netizen "Xiaohongzhang" said.

China has expressed strong dissatisfaction and firm opposition to Canada's ruling concerning Meng and has urged the country to immediately release the Chinese citizen.

The US and Canada have abused their bilateral extradition treaty and arbitrarily took compulsory measures against a Chinese citizen without cause, Zhao Lijian, spokesperson of the Chinese Foreign Ministry, said earlier.

"The Canadian side should immediately correct its mistake, release Meng and ensure her safe return to China at an early date, so as to avoid any continuous harm to China-Canada relations," said Zhao.

Last month, a Canadian judge ruled that the extradition case against Meng can proceed, as the case meets the Canadian extradition standard of so-called "double criminality," which also indicates an increased chance for Meng to be extradited to the US.

The ruling made bilateral relations "worse than ever," He Weiwen, a former senior trade official and an executive council member of the China Society for World Trade Organization Studies, said.