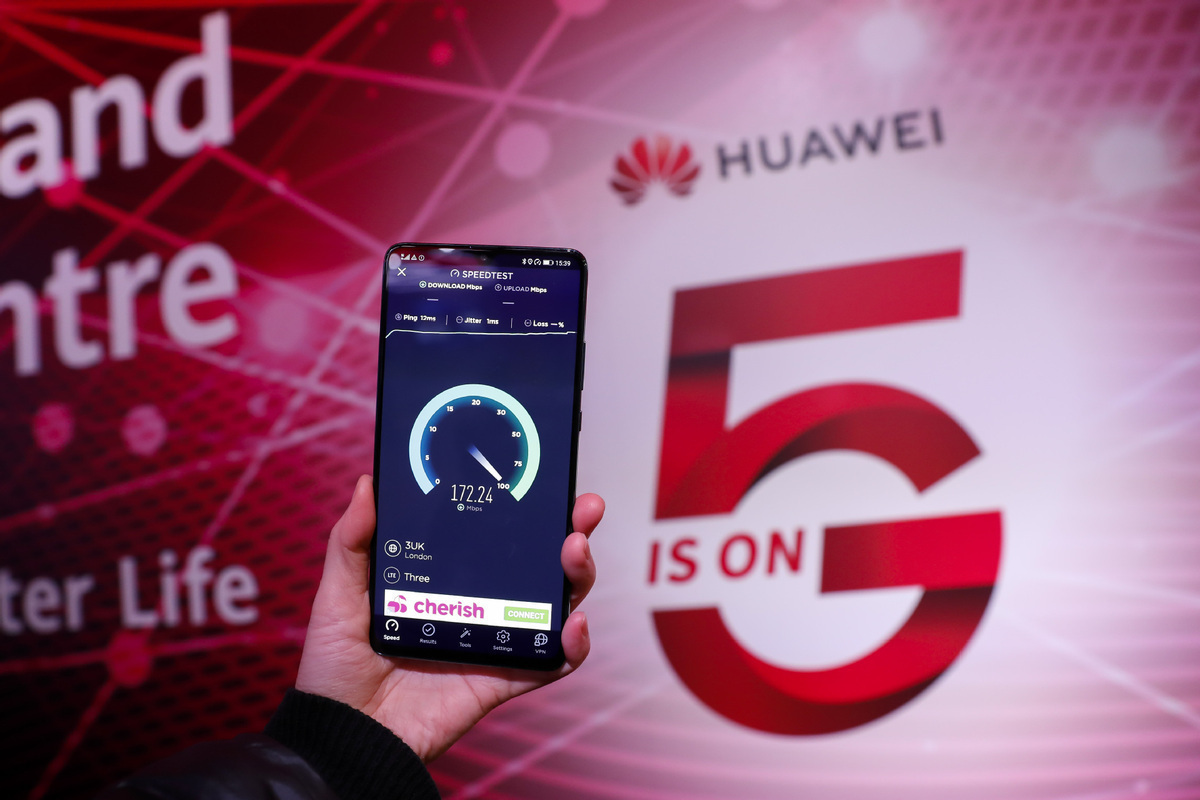 That the head of a military alliance has weighed in on an internal telecommunications decision to be made by a sovereign country is abnormal — and absurd. But this just serves to show how Huawei has become politicized and its fate in the UK is being swayed by geopolitical factors rather than business considerations.

The message that Stoltenberg seems to be trying to convey to the UK government is no matter what the results of the review may be, the Chinese company must be excluded from the UK's 5G networks as it is part of the "growing security threat" China poses to Europe.

"China is coming closer to us, we see that in the Arctic, we see they are heavily investing in critical infrastructure in Europe, and we see of course China also operating in cyberspace," Stoltenberg said.

His alarmist remarks, which smack of a Cold War mentality, point to a nuanced shift in position held by the transatlantic military alliance toward China, a trend that the United States has been working hard to facilitate in recent years.

Stressing an increased awareness in Europe about the challenges posed by China's expanding military might, US Defense Secretary Mark Esper spoke in December of the need to "shape that together as an alliance". That Huawei has been dubbed a "high-risk vendor" after all it has done in the UK over the years, without incident, is indicative of the zero-sum game the US has been orchestrating against China. "China is a strategic challenge for us and we need to get ahead of that," Esper said.

Given the rising enmity in the West toward China and everything associated with it, it is no wonder that Huawei, which has been in the United Kingdom for more than 20 years and helped the country build its 3G and 4G networks, is now at risk of being forced out.

It would also be a loss for the country if plans are drawn up to reduce the company's involvement in the UK's infrastructure to zero by 2023. As telecom giant Vodafone has warned, the UK's hope of leading the world in 5G technology would be dealt a terminal blow if it removes Huawei from its telecom infrastructure. Not to mention the billions of pounds that would be required to replace existing equipment if Huawei is blacklisted.

For the UK to remain an open economy welcoming to overseas businesses and investors as it claims, Huawei deserves fair and just treatment there.