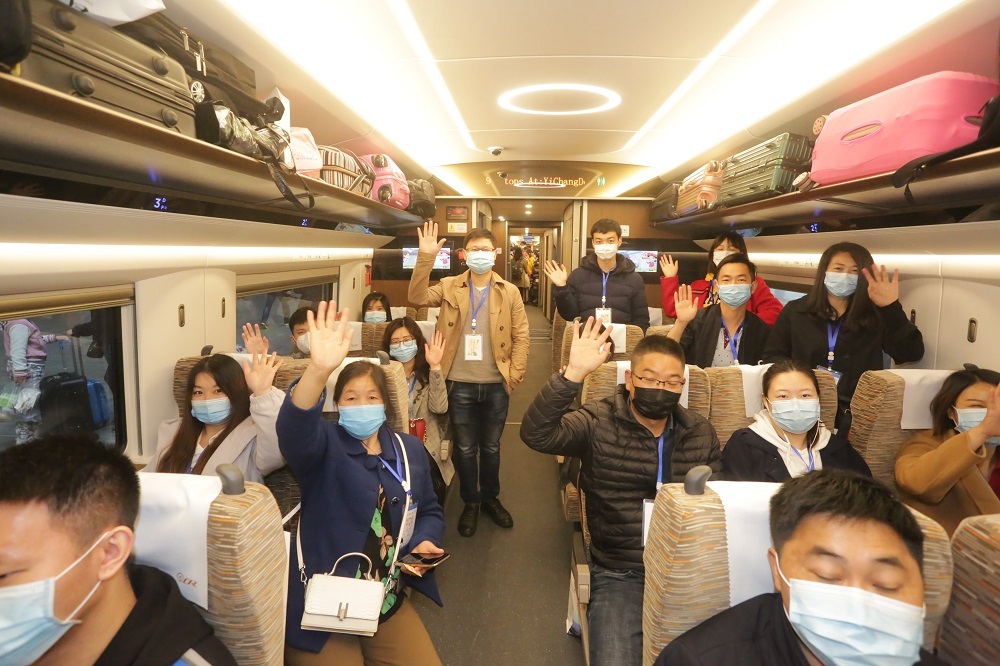 The ban on outbound civilian traffic from Hubei province, with the exception of that from Wuhan, the provincial capital, was finally lifted on Wednesday, after eight weeks.

The ban on that from Wuhan is due to be lifted on April 8.

The lockdown on Wuhan was announced on Jan 23, but the rapid transmission of the virus led to it being expanded to the rest of the province in a bid to contain the spread of the virus beyond the province and so allow medical resources to be concentrated in the province.

The restrictions on people's movements were perhaps the most stringent anti-disease measures ever imposed－and they have worked.

The lifting of the lockdown on the province represents an eagerly awaited milestone in the campaign to contain the virus, showing those measures have been determined to have done the job they were meant to do.

Should the lockdown on Wuhan be lifted as planned on April 8, it will signal the epidemic has been effectively controlled throughout the country.

With the number of cases in the province dwindling to zero, the restrictions on movements had already been gradually eased, and residents have been allowed to leave their homes and move about.

The end of the lockdown on Hubei means that people in the province, except those in Wuhan, will be able to travel to places within and outside it.

That will help fire up the economy. As highlighted by the urging of the Hubei provincial government on Wednesday, which told workers who had been quarantined at home that they should now get back to work as soon as possible.

But with the epidemic alert still in place, any outbound travel from Hubei has to be done in a safe and orderly manner.

To guard against the risk of a rebound in the epidemic caused by the increase in the flow of people and more people accumulating in groups, a QR code system has been implemented to confirm a person has been tested for the virus and has received the all-clear.

However, to ensure the system works properly, there needs to be full coordination between the transport, public health and security departments.

An immediate priority now is to make sure a QR code issued in Hubei is accepted as a green light for travel wherever its holder goes. That requires the public health authorities in Hubei ensure that everyone who receives a "green code" is free of the virus.

To guard against the risk of a second wave of infections, this system needs to work well.