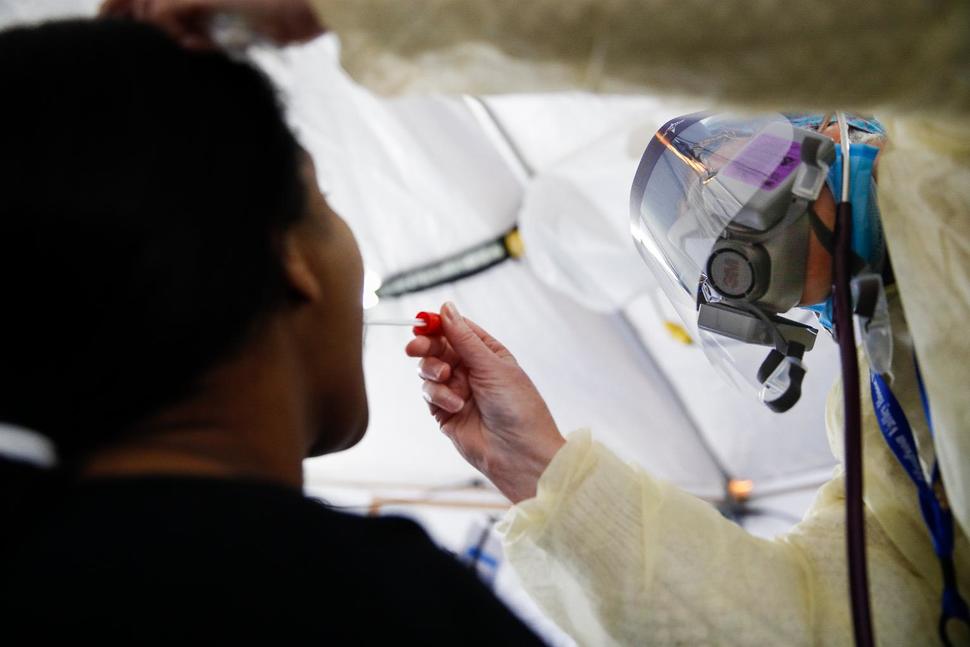 A Shanghai doctor assisting Wuhan to fight the COVID-19 epidemic cried his heart out after failing to rescue a severe patient who had a sudden cytokine storm when receiving intubation. The scene was filmed by one of the doctor’s colleagues and soon went viral online, touching the hearts of all the Chinese.

Efforts must be made 100 percent to save lives even though there’s only 1 percent of a chance. That is what the doctor above has practiced, and moral principle infused in the blood of the Chinese nation, as well as the priority of medical treatment in China.

Life is invaluable and saving the people comes before everything. However, some US politicians just can’t see this. Instead, they ignored it and stubbornly made provocations.

Lately, a joint letter framing up China was sent to UN Secretary-General Antonio Guterres by seven Republican senators, saying the country has committed the most severe crime on human rights in pandemic response. However, such practice only became a butt of a joke after being reported by global media. Just like former director John Ross of Economic and Business Policy for the Mayor of London said, China has defended “the key human right” in the lethal epidemic – helping people stay alive.

The right to life is the most fundamental human rights. The sudden outbreak of the COVID-19 pandemic is like a mirror that reflects the importance laid by countries on human right protection, as well as their capability to protect the people.

Those who hype the so-called human rights to make troubles for China are desecrating Chinese people’s efforts to fight the pandemic. The Chinese government has always taken people’s lives and health as its first priority, and is treating the patients and saving the people at all cost. The country is going all-out to save every COVID-19 patient, and has launched “blanket search” to ensure that no one is left behind. Besides, it also launched differentiated treatment plans and cares for individual patients in critical and severe conditions.

Besides, China also participated in global anti-pandemic cooperation with concrete actions and offered assistance as much as possible for countries and regions in need, making important contribution to the global cause of human right protection.

China has informed the WHO, the US and other relevant countries about the epidemic on a regular basis since January 3, and the heads of the two countries’ disease control centers exchanged information on the following day. However, it was half a month later that the chief of the US Department of Health and Human Services reported the situation to senior American officials, and the latter turned a deaf ear and wasted two months regarding epidemic response. Why did that happen?

When millions of Chinese people were demonstrating their strength to the virus and quarantining themselves at home in a way to contribute to the world, some US politicians just sat back and watch, badmouthing that China violated human rights. When cases are surging drastically in the US and leading to spiking deaths, US politicians, health organs and budget department are making a mess asking for more anti-pandemic allocation. The US Centers for Disease Control and Prevention declared to suspend the tally of COVID-19 testing on March 3 for system upgrading, and the Food and Drug Administration stopped its approval for COVID-19 testing reagents, which allowed more than 90 such products to enter the market without any regulation. What the results would be? No wonder American media described the response of the US government as disastrous.

Those who hype the so-called human rights to make troubles for China are disturbing international cooperation. Touting itself as a guardian of global human rights, the US has an ugly record of human right protection.

It has long withdrawn from the UN Human Rights Council, but is arbitrarily interfering in the making of the organization’s election rules, and pointing fingers at the organization’s affairs and the human right conditions in other countries. When the international society was facing severe challenges from the COVID-19 pandemic, White House decided to stop funding the WHO, and even threatened to withdraw from the UN health body. Is that some sort of human right protection? Besides, the US sanction for Iran, Cuba and Venezuela seriously damaged these countries’ efforts to fight the pandemic. Is the US still calling itself the guardian of global human rights?

A “crime against humanity – that’s what medical journal The Lancet commented about the defunding of the White House.

Life is the most precious thing in this world, and human rights are just an empty term without life and health. In the fierce pandemic, human rights never come before saving lives.

The US politicians had better care for the lives and health of the American citizens, or they will only be condemned by international justice and human civilization for their indifference to people’s lives.