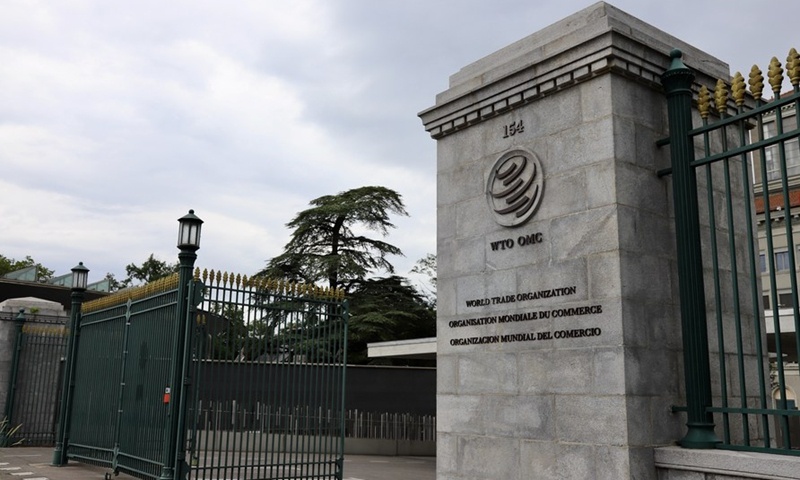 China has filed a complaint with the WTO over the anti-dumping and anti-subsidy measures Australia imposed against imports of railway wheels, wind towers and stainless-steel sinks from China, read a statement the Ministry of Commerce released on its official website on Thursday.

Against the backdrop of the strained economic and trade relationship between the two countries, the move by China is bound to draw widespread attention and discussion.

China opposes the abuse of trade remedy measures, which not only hurts the legitimate rights and interests of Chinese companies, but also undermines the seriousness and authority of WTO rules. China hopes that Australia will take concrete actions to avoid distorting trade of relevant goods so that bilateral trade can return to the normal track as soon as possible, the spokesperson said.

Although Canberra claimed itself as a victim of the so-called "economic coercion" from China, it is in fact Australia that has been abusing trade remedy measures and taking discriminatory actions in bilateral trade. So far, Australia has launched more than 100 anti-dumping and anti-subsidy investigations against Chinese products, while China only initiated less than 10 against Australia.

Ironically, as an unfriendly trading partner to China, Australia has never tired of accusing China of "economic bullying", ignoring the fact that itself is the party that actually pushed bilateral trade ties over the edge. At a time when Canberra made a big deal about China's imposition of anti-dumping tariffs on Australian barley and wine trade, it never mentioned its recent trade remedy decisions regarding imports of Chinese products.

For instance, in April, Australia decided to extend anti-dumping tariffs on coiled rod imports from China. In May, the federal government initiated anti-dumping and anti-subsidy investigations into painted steel strapping from China.

China has never played up any political topic over the above cases, but that doesn't mean it won't protect its economic interests. While some trade dispute cases may have gone unnoticed in the past, China's intention to resolve the issues through the WTO dispute settlement mechanism indicates that it can and will use evidence to overturn unfair trade remedy measures by Australia and safeguard the legitimate rights and interests of Chinese companies.

Australia's unfriendly attitude and aggressive moves are the root cause that has driven China-Australia trade relationship to a downward spiral. Canberra needs to reflect on the dire state of relationships which it has set in place.