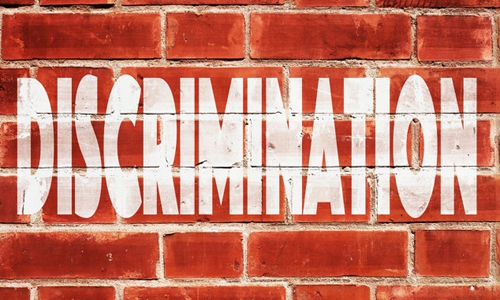 The majority of Chinese and Asians living in the US may not have experienced overt discrimination amid the outbreak of coronavirus outbreak. However, this doesn't mean that people of other ethnicities don't hold discriminatory views against Chinese Americans. US society proceeds with caution with words and actions thanks to decades of politically correct education on racism issues.

Meanwhile, Chinese Americans act prudently, regardless of how others see them. For various reasons, they are sensitive when it comes to identity politics.

Their innermost thoughts might tell them that other minority groups have never treated them equally as Americans or that they must be more well-mannered.

Some Chinese Americans may see the COVID-19 pandemic as an opportunity to demonstrate their "American-ness" by donating money and working as a volunteer.

Former Democratic presidential candidate Andrew Yang wrote an opinion piece on April 1 in the Washington Post, urging Asian Americans to "embrace and show our American-ness in ways we never have before."

Yang also wrote, "We need to step up... and do everything in our power to accelerate the end of this crisis. We should show without a shadow of a doubt that we are Americans who will do our part for our country in this time of need." This makes sense as Asian Americans are US citizens and should contribute to the security and prosperity of their country. Yang also does not exclude other minority groups from exerting the same efforts.

Unfortunately, the problem is that Yang advises Asian Americans to make extra efforts to show their "American-ness" and to avoid being seen as the "virus." The US Declaration of Independence stipulates that all men are created equal, and equal rights shouldn't have to be won through extra efforts.

Gary Locke, a Democrat, and Chinese American politician who had served as the governor of Washington, US secretary of commerce, and US ambassador to China, safeguarded US interests and displayed his loyalty to the country. The "American-ness" he demonstrated during his mission to China surprised many Chinese.

Locke received then vice president Joe Biden in Beijing during his tenure as ambassador to China in 2013. A video image of the two politicians standing together against a backdrop of Chinese and US flags with Biden's head bowed later emerged. Yet images like this were not rare. Former US president Barack Obama lowered his head when meeting with the Emperor of Japan in Tokyo and the King of Saudi Arabia in Riyadh.

Although the postures were a display of politeness or maybe used as a publicity stunt, they did convey respect for the hosts. Now, the same image of Biden and Locke is being used by the Republican Party to attack Biden, the Democratic presidential candidate.

Some Americans cannot tolerate it when their top officials bend their heads when meeting with leaders of China, Japan, or Saudi Arabia. These countries are clearly in Asia. Is it only a coincident?

Despite the claim of man's natural rights in the US, racial discrimination has never been eradicated, and the invisible barriers between minority groups still exist.

In particular, at critical times, such as election years and amid the COVID-19 pandemic, disputes over identity politics occasionally arise, although they are no longer part of the mainstream.

US President Donald Trump's team accused Biden of bowing his head to China and is using the image from his meeting with Locke.

The GOP has yet to realize that the posture is a gesture of humility.

Locke is an Asian American and a former US ambassador. Is there anything wrong with bowing your head to a fellow citizen?

Attacking Biden with this image will have an adverse impact on Asian Americans, especially Chinese Americans. It is pathetic that these things happen in the US, a country that supposedly gives great attention to political correctness.

In the face of the discriminatory "identity politics" in the US, Chinese and other Asians living in the country cannot pin their hopes on displaying their "American-ness." They should regard themselves as rightful citizens of the US and have the courage to solve problems through legal means.

Asian American communities should make extra efforts to build human, financial, and legal resources. They should also unite and cooperate with one another while protecting their interests in accordance with the laws.