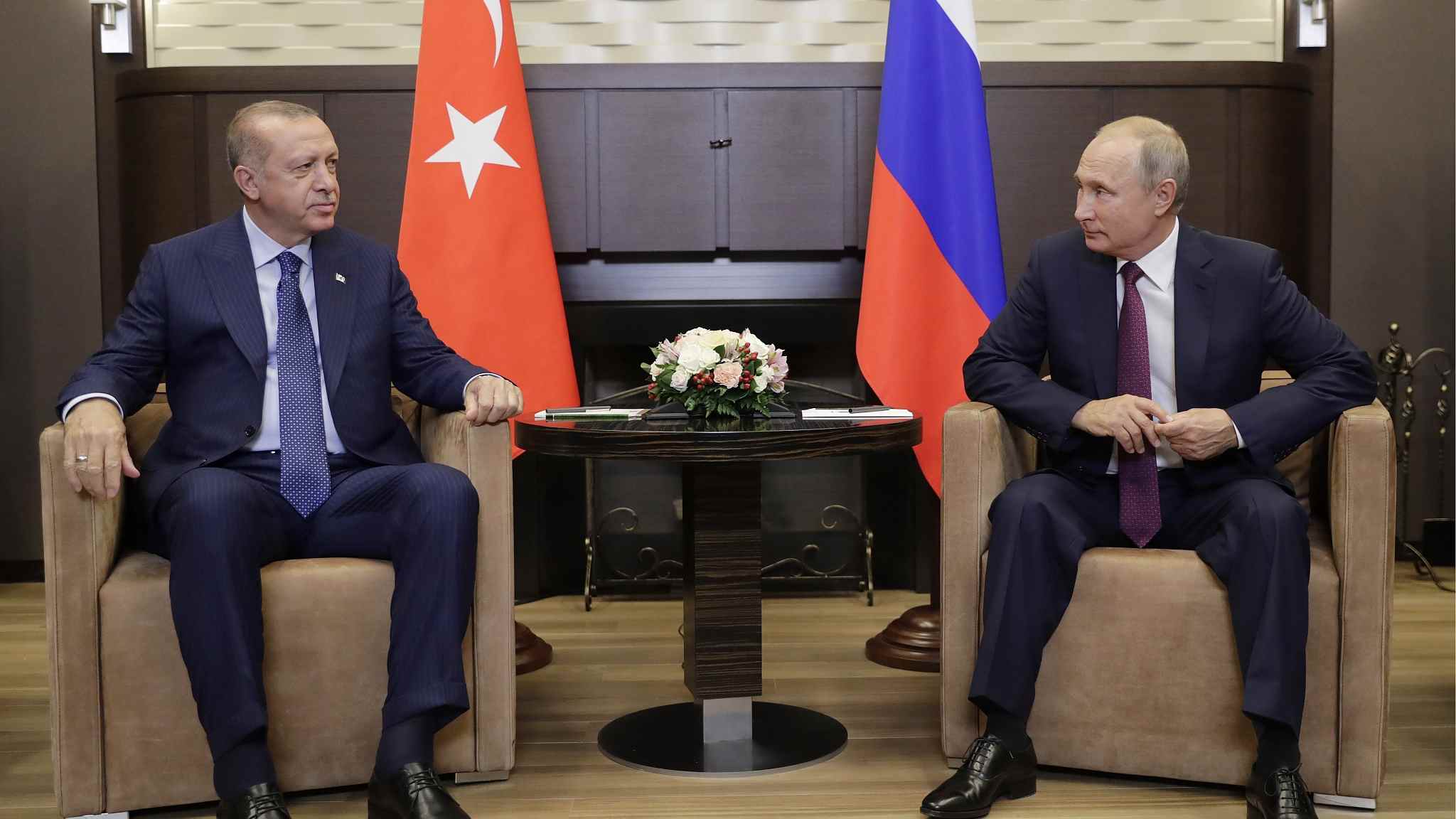 Russia and Turkey reached an agreement on Idlib, the last stronghold of extremist groups in Syria, after the last round of talks in Sochi. The agreement was announced by the Russian President Vladimir Putin and the Turkish President Erdogan in the Idlib province on September 17.

However, there is no doubt that the agreement, which is supported by the Syrian state, is facing real challenges as the deadlines for the evacuation of all extremist groups from the demilitarized zone before October 15 has expired.

According to the agreement, Turkey is required to ensure the transfer of all heavy weapons from the demilitarized zone by October 10, and the evacuation of all extremist groups before October 15. This has not yet been the case. The ceasefire agreement will most likely fail, and the Syrian government will launch an offensive in the near future to liberate Idlib.

The main problem lies in the contradictory goals of the main parties.

The Syrian and the Russian governments' goal is to liberate Idlib in the desire to protect civilians and to reduce the risk of war.

However, it is important to pay attention to the Syrian Foreign Minister's statement in a press interview with the Iraqi Foreign Minister yesterday, where he said, "Syria is giving some time to implement the Idlib Agreement, but in case of its failure, Syria will liberate Idlib militarily." He added, "Syria is determined to expel the American occupiers from the Syrian East and regain all Syrian land by any possible means."

Germany and the United States supported Turkey to reach an agreement with Russia to establish a demilitarized zone, as they seek to impose conditions for a political settlement on Syria before the liberation of Idlib. If not, they will try to extend the crisis.

As for Turkey, it seeks to achieve several goals, including prolonging the crisis in Syria, and ensuring Turkish influence in Idlib and in northern Syria, which are consistent with the goals of the US, as the US is also trying to prolong the crisis in order to gain geopolitical interests in the region.

The other objectives of Turkey include limiting the impact of Syria's victory on Turkey's internal affairs -- as Turkey has become an incubator for terrorist groups, used by the West in the war on Syria -- and obtaining economic and financial support from the European Union (EU), faced with the threat of opening the Turkish border to immigrants to Europe.

In light of this discrepancy in the goals of different parties, we must ask: What is the reason for a quadripartite summit on Syria, which Turkey seeks to hold in Istanbul with France, Germany and Russia to discuss regional issues including the Syrian conflict?

It is not known yet when the summit will be held or what would be on the agenda, but what is clear is that all parties welcome such a summit, even though they do not share the same objectives.

The Turkish president is betting on economic support from Europe, especially from Germany. The simple fact is that Erdogan has realized that his strategic calculations are erroneous, and he wants to minimize the country's losses, which needs the  approval of the US.

As for Germany, German Chancellor Angela Merkel has faced criticism both at home and from European countries over her refugee policies. However, she has tried to stand up against the criticism and is trying to stop the influx of refugees by agreeing on a cooperation framework with Turkey.

The Russian president is attempting to push Germany to help with the reconstruction of Syria, stressing the need for funding and warning of the threat that more refugees could be on their way to Europe through Turkey, when meeting with Merkel recently.

France seeks to play a role in Syria, though the current situation does not indicate it would be accepted by Syria or even the United States.

So it is unlikely that this summit will lead to real compromises, which would require a consensus from Russia and America.

Anyhow, we should take into consideration that the US policies aim to extend the crisis, and that the Syrian Kurds are being used to block any settlement with the Syrian government.

At the same time, the US gives Turkey the justification for intervention on the pretext of the Kurdish threat. That explains US National Security Adviser John Bolton's explanation that US forces will remain in Syria until Iran leaves.

In conclusion, any settlement in Syria requires the consensus between the US and Russia, which does not seem forthcoming. Therefore, the importance of the liberation of Idlib as well as of northern Syria, will lead to such a consensus, and force the US to withdraw from Syria, which is what the US is trying to avoid.

On the other hand, Russia is betting on Germany's constructive policies to fund the reconstruction in Syria.

Anyhow, there is not much time for politics in regards to the Idlib case, and considering Syria's insistence on reclaiming its territory using all means possible, we may witness a military operation to liberate Idlib, as well as other regions occupied by the extremists.