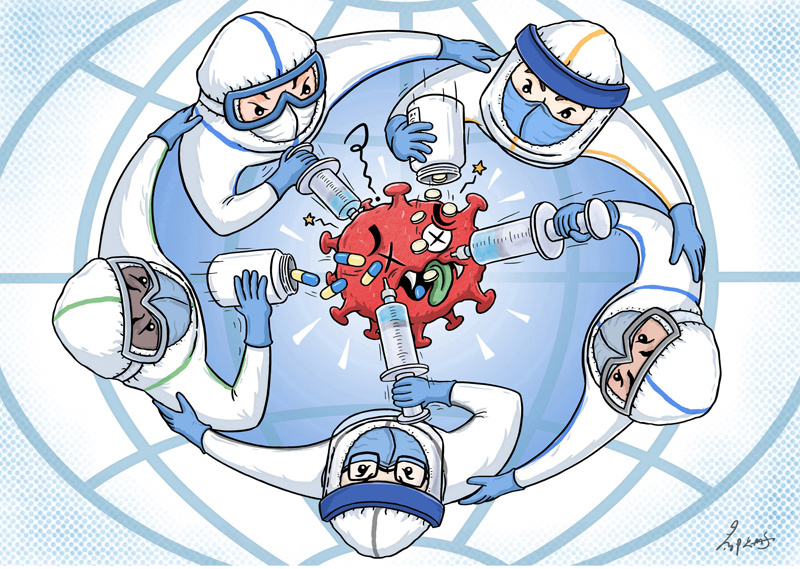 It has seemed the very witching time of night, when hell itself has breathed contagion into this world and it does such bitter business that one quakes to look on what might unfold.

The novel coronavirus outbreak has shown that there are indeed more things in heaven and earth than can be dreamt of in our philosophy. Past warnings went unheeded, for despite the many prologues, it was hard to believe without seeing the effects manifest, that something so small as to be invisible could erupt and inflict such harm upon the world.

Even now, the contagion may be but the precursor to more fierce events if it is not subdued. For when sorrows come, they come not as single spies but in battalions, and those that come as company to this canker will breed further misfortune if they are not swiftly tamed.

The best safety lies in our fear since it may spur us to act in concert to quell the pandemic and deny form to the horrors foreseen with the mind's eye. Yet confronting this damned goblin of disease seems to have deprived some of sovereignty over their reason. For there are those, being proud and ambitious, and with many an imagined offence at their beck and call, who are keen to say that the effects come by cause, and this they would lay at China's door.

The world should beware this entrance to a quarrel, for the brief and distorted chronicle they present makes it hard to stand together and take up arms against the sea of troubles that now threatens to engulf us.

With their minds playing with toys of desperation, the cause of their distemper lies with themselves. Yet not content with their own disorders, they strew dangerous conjectures in uncritical minds with their dumb shows and noise and the pious actions with which they would sugar over the devil. In so doing, they bar the door to better days.

The world being full of discord and dismay has not only cause but also the strength and means to act if the will is there. We should not allow plots full of artless jealousy to turn us awry from common cause. For if countries' wills are to the contrary then it will blunt the blade of shared purpose that is the only means of defeating the pandemic and mitigating its effects.

To be great is not to stir up passions with the false arguments for a fantasy and a brief trick of fame, but to act as is germane to the matter with quick determination. And on this depends the safety and health of all.

Although the tale unfolding harrows the soul, the pandemic alone is not the problem; indeed, it has served to show that there is much amiss. For there is something rotten in more than just a fictitious depiction of the state of Denmark.

To act, or not to act in harmony, that is not really the question since if there be any good thing to be done, it must be done by all if fetters are to be put upon the troubles feeding free-footed fears. The time is out of joint because of this wretched virus, allowing mischance and errors to happen because one did not act in harmony with others would make this unwholesome whim of fate but a harbinger of worse to follow.

The author is a senior editor with China Daily.