OPINIONS If Australia wants to remain Australia, it must tell the US

If Australia wants to remain Australia, it must tell the US 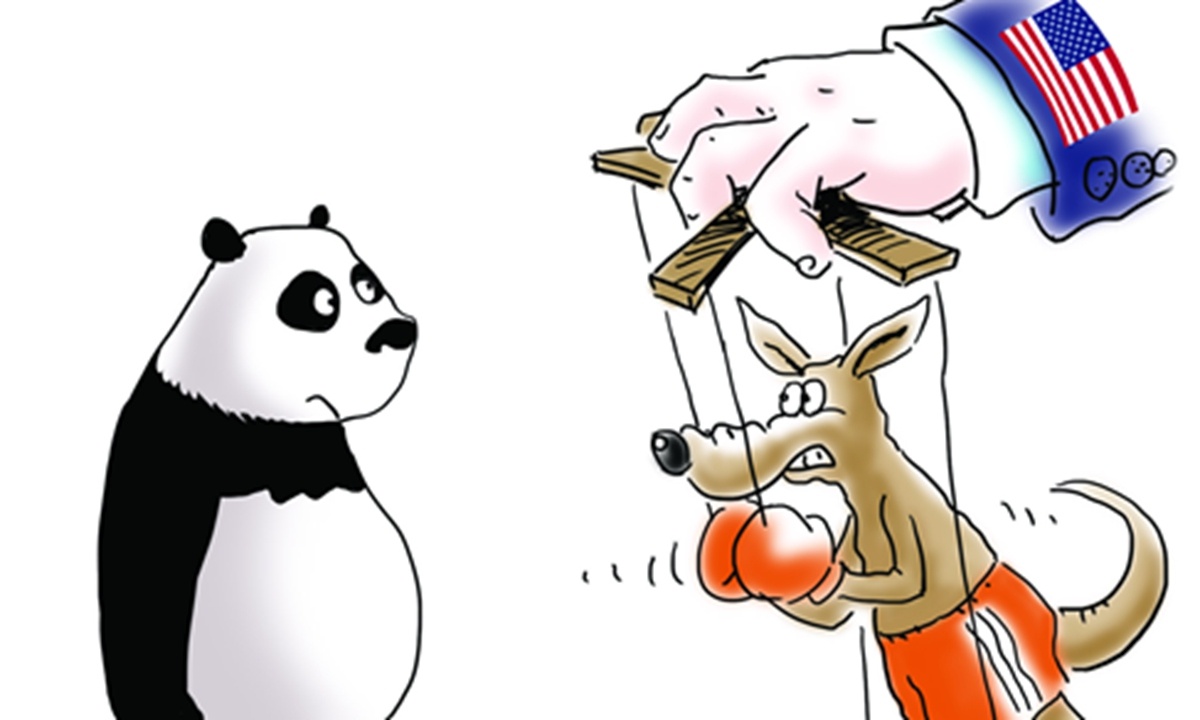 After Australian media reported that Chinese Embassy in Australia gave a list of complaints about Australia's China policy to local media outlets on Wednesday, Australian Prime Minister Scott Morrison responded by saying "we will always be Australia. We will set our own laws and rules according to our national interests."

But for most Chinese people, Australia is no longer the original Australia, but has become a vassal of the US in recent years.

"Australia looks only to the US and bites where the US points," and "Australia just wants to attract the attention of the international community by attaching itself to the US," Chinese netizens said.

Australia has become a loudspeaker of the US in the Asia-Pacific region. From Australia's ban on Huawei, its high-profile advocacy for an international probe into the origin of the novel coronavirus, to its participation in the recent Malabar naval exercises, and its signing of a quasi-military alliance agreement with Japan, all these have been advocating US interests.

When Australia dropped the political dynamite in May by suggesting an independent international inquiry into the outbreak of COVID-19, it cited the reason of the lives of more than 200,000 people across the world at that time.

Ironically, when mass protests broke out around the world following the tragic death of black American George Floyd at the hands of Minneapolis police in the US, Australia busily lobbied to play down and tried to impede efforts for a motion to pass in the UN Human Rights Council that called for an inquiry into US racism and police brutality. This can hardly be interpreted as Australia's care for the lives of human beings.

And the Malabar naval exercises and Australia's agreement in principle to a defense pact with Japan this week are both aimed at supplementing the US' Indo-Pacific Strategy and expanding Washington's influence. How can the Australian leader claim "Australia will always be Australia?"

Australia is letting its China policy led by the US. Some officials in Canberra exploit the opportunity of US suppression on China to seek political gain by accusing China of interfering Australia  and smearing the normal exchanges between the two countries. In 2017, then Australian prime minister Malcolm Turnbull called on the Australian people to "stand up" against Chinese interference. The utterance from Turnbull was out of unwarranted fear from the so-called China interference and served only as coordination with the US to maliciously play the China card.

Australia has adopted a radical approach to its China policy. The high profile it takes against China does not echo its international status as well as the fact that China is Australia's largest trading partner.

Australian politicians seem not to understand what national interests are, and view values as a pale excuse to follow the US. They are entangled as they repeat empty slogans on the one hand while worrying about their country's trade prospects on the other.

Australia needs to have independent diplomatic thinking. But Australia is doing just the opposite.

What makes Australia not behave like itself is the US, not any other country. If Morrison wants his country to remain Australia, he should have said so to the US.