If Grandma dies, Trump is toast 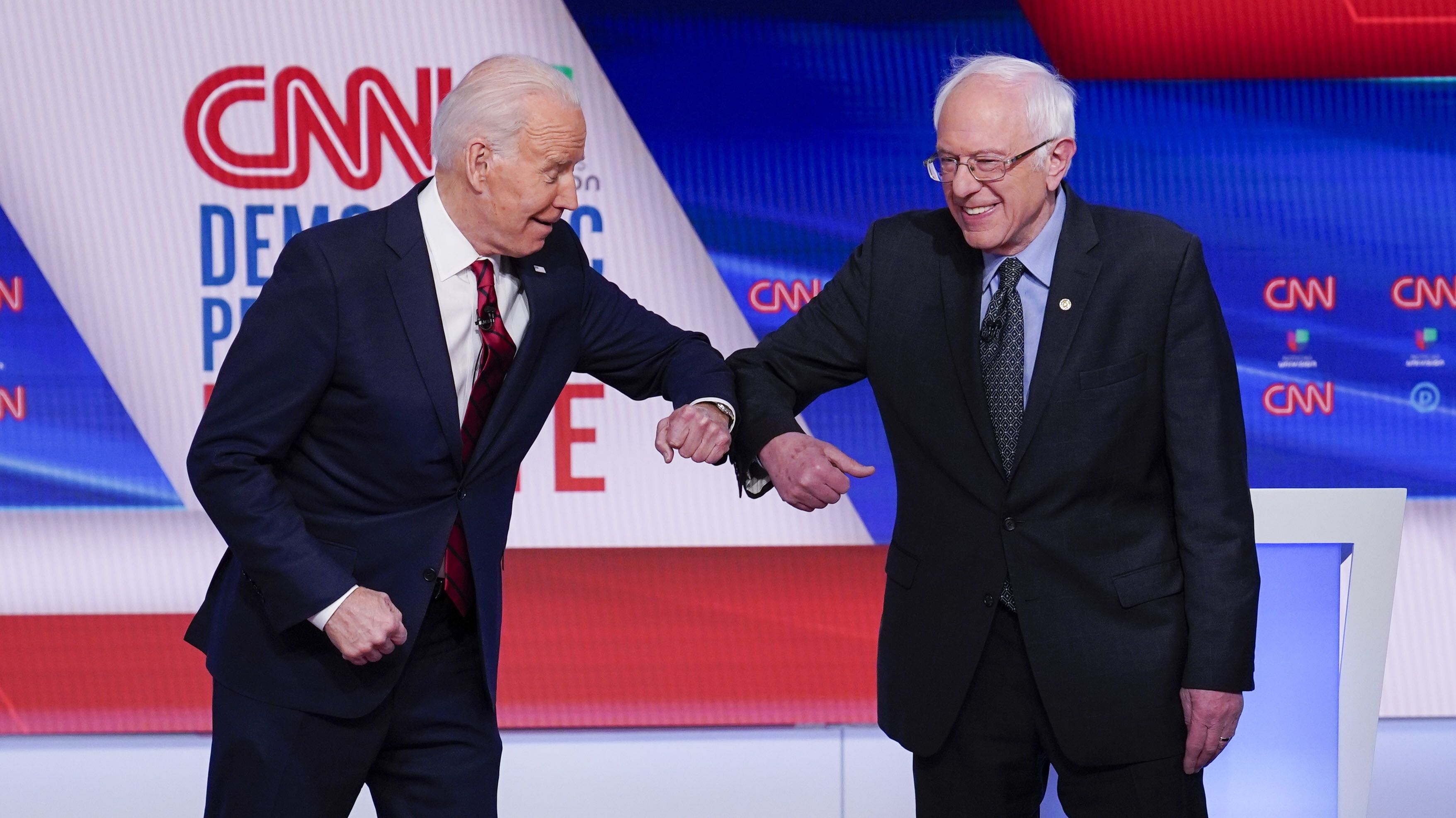 The Democratic debate on Sunday echoed a conflict that has divided dinner tables across America since the 1960s.

On one side is a wild-haired radical with utopian ideas who is prone to shouting. He gets dismissed by the older people in the family as a dreamer and even unpatriotic, even though they never substantively address his claims. To the younger people at the table, he is a kind of hero, even though they don't speak up for him.

On the other side is the likable Catholic son of a used car salesman who played varsity sports and has friends in every corner of the city. He thinks that any problems with the system can be changed from within the system and believes in essential human goodness.

This charismatic man has done a lot of positive, incremental things for the community. But he has never stuck his neck out and never pushed for any fundamental change. He says dreams are for dreamers, and he wants to get things done. You can never question his decency.

This familiar scene is the Democratic primary in miniature.

Joe Biden won the debate on Sunday, all but cementing his lead to become the Democratic candidate in November's presidential election.

At the debate, Biden was lucid and made no serious gaffes, putting to rest for now any questions about whether he has the mental sharpness at age 77 to be president.

His essential decency shone through, as well as his mastery of how government works.

Biden is running on his record of serving as vice president for Barack Obama and his success in working within the system for incremental change.

Biden showed his political savvy and willingness to compromise before the debate by adopting a bankruptcy reform plan championed by his former rival, Senator Elizabeth Warren. Biden also said he would eliminate tuition for lower-income families at all two- and four-year public colleges, bringing him closer to Senator Bernie Sanders on the issue. During the debate, he pledged to appoint a female vice president.

Sanders is running on his steadfast dedication to a set of democratic socialist values and policy goals that, for decades, were considered extreme but now represent the mainstream of the Democratic progressive wing. He boasted on Sunday that time and time again, he took difficult votes on positions that were at the time unpopular but are now considered to be prescient and correct by many.

These include votes against the North American Free Trade Act, workfare, bank deregulation, the 2002 war against Iraq, abortion rights, the 2008 Wall Street bailout and a ban on gay marriage. Biden voted for all these laws. Sanders' main argument on Sunday was that this shows he has the courage and vision to lead.

Polls show that the American public isn't buying it. The statisticians at FiveThirtyEight say Biden has a greater than 99 percent chance of clinching the primaries with a majority of delegates.

At this point, the only reason for Sanders to stay in the race is to force Biden to adopt more progressive campaign promises and perhaps to wait in the wings in case Biden makes a catastrophic gaffe.

The novel coronavirus was an unwelcome third player on the debate stage, represented by the unusually large two-meter gap between Sanders and Biden.

Because of COVID-19, the campaign trail, as we know it, is closed. Both Sanders and Biden have canceled campaign events out of public safety concerns. Two states, Georgia and Louisiana, have delayed their primaries. Sanders has suggested that other states should follow, which would incidentally give him a chance to recover his momentum.

It appears the rest of the 2020 campaign season will take place on television and online, at least, until the pandemic runs its course.

The pandemic has altered the fundamentals of the campaign. Trump's greatest asset going into the election was the country's economic strength. Now, the economy is grinding to a halt with unprecedented speed. If Trump manages the crisis well, this could be a great opportunity for him. So far, he's blowing it.

On Sunday, Biden unleashed a powerful line of attack on Trump, noting accurately that the president declined an offer from the World Health Organization to get coronavirus testing kits. Experts say the lack of kits has been the biggest factor hindering an effective response to the pandemic by the United States.

Biden also pointed out that he and Obama shepherded the U.S. through the 2014-2016 Ebola crisis, but Trump closed down the government office that the Obama administration set up to deal with future epidemics.

These arguments will resonate powerfully with the American people – particularly if the epidemic becomes as serious as foreign leaders like German Chancellor Angela Merkel are projecting, with up to 60 percent of the population being infected.

There is another figure familiar to Americans from their dinner table conversations over the past 50 years – the belligerent uncle who claims to be a teller of hard truths. He thinks he is smarter than everyone else with a better understanding of war than generals and a better feel for science than scientists. He denies climate change. He coyly plays devil's advocate by mentioning things said by his close associates, who are homophobes and white supremacists, although he denies he is that way himself.

A lot of people find him entertaining, and some secretly agree with him.

If this uncle plays golf on the weekend he is supposed to be taking care of Grandma, and she gets sick or passes away, he will never be forgiven.