OPINIONS If the US stops war games on peninsula, what’s next?

If the US stops war games on peninsula, what’s next? 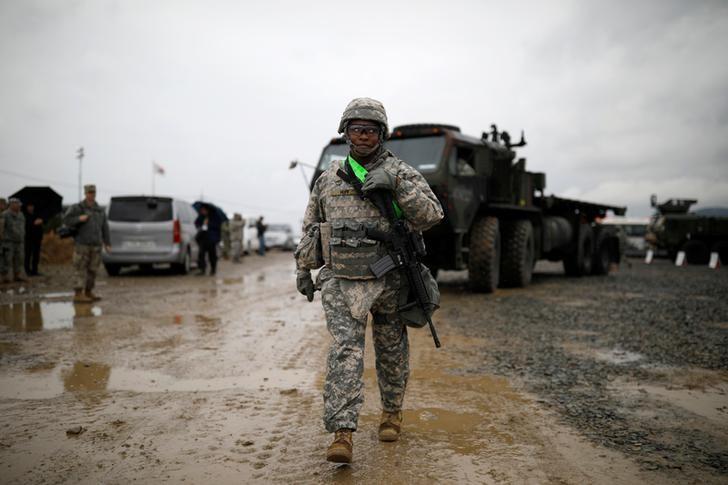 After the summit with North Korean leader Kim Jung-un on June 12, US President Donald Trump told the media that joint military drills with South Korea will be suspended. This can be regarded as a response to North Korea’s recent moves toward denuclearization. According to South Korean media, military authorities from the US and South Korea have already started discussing the suspension.

Besides pledge to stop the military drills,  he also suggested the possibility of reducing the number of US forces in the future. To quote Trump’s comments, “So, number one, we save money, a lot. And number two it really is something that I think they very much appreciated.”

From North Korea’s perspective, the suspension or even termination of US-South Korea joint military drills is an honest effort to help realize denuclearization, namely a security assurance for the North Korean regime from the US. It is a necessary move to implement the first article of the Singapore joint statement – “to establish new US-DPRK relations in accordance with the desire of the peoples of the two countries for peace and prosperity.” Meanwhile, if the purpose of the drills is to protect South Korea and deter a North Korean security threat, suspension of the drills suggests that the US and North Korea are ready to replace confrontational antagonism with peaceful negotiation.

As for reducing US forces in South Korea, it really depends on North Korea’s substantive actions toward denuclearization. Trump has made it clear, “I’d like to be able to bring them back home. But that’s not part of the equation right now.” His words suggest that what North Korea has done is still far from being enough for the US to consider reducing its military presence.

In the long term, although a key ally to the US, South Korea has its own ambitions for political and military self-dependence. Since its commencement, the US-South Korea alliance has been rather one-sided, with the US playing a disproportionately dominant role. Victor Cha, former director for Asian affairs in the White House's National Security Council, describes US implementation of alliance relations in East Asia after World War II as a “powerplay.” However difficult it is, unification on the Korean Peninsula has always remained an inevitable mandate in the eyes of politicians in the two Koreas. Hence if the threat from North Korea minimizes in the future, the US-South Korea alliance will probably become a symbolic stronghold of US leadership in the Asia-Pacific region. Meanwhile, as South Korea has always dreamed of a more reliable self-dependence, a possible ideal scenario is as follows: parts of the US-South Korea alliance may be delegated to the US-Japan alliance to give the two Koreas a little more space to become acquainted.

In the meantime, all changes related to the US-South Korea alliance have far-reaching significance, and other parties in the region, including China, are involved in one way or another. There are at least four major problematic issues in current Sino-US relations: trade disputes, the Korean Peninsula, the South China Sea and Taiwan. Regarding Trump’s all-direction trade war strategy, China may implement retaliatory countermeasures. The Korean Peninsula issue is ostensibly a US-North Korea conflict which involves several other parties, and a new conflict resolution mechanism is on its way, despite endless back and forth in the past.

Once the Korean Peninsula stabilizes, the South China Sea and the Taiwan question are the other two flashpoints. However, since China may find some practical and appropriate approach to build at least a minimum level of trust with other claimants in the South China Sea, the Taiwan question may turn to be more critical to China’s core interests. Should the Korean Peninsula see a new era for peace and reconciliation, China needs to pay greater attention to interactions between Taiwan and the US.

In sum, although suspension of joint military drills is under discussion, reducing US forces or withdrawing them entirely remains rather unrealistic. For China, some critical question however emerges: once the “war games” on the Korean Peninsula eventually cease, will it vanish, or might it go somewhere else?