OPINIONS If the US treats China as an enemy, it will become one: former US ambassador

If the US treats China as an enemy, it will become one: former US ambassador 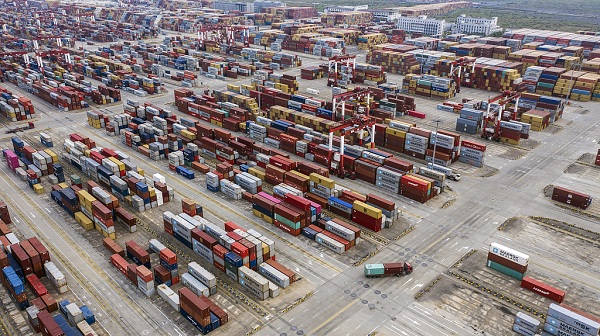 The most notable failure of the US is its wrongful management of relations with China, the world's most formidable rising power, said Chas W. Freeman, Jr. in a speech at Brown University.

The former American ambassador to China, senior fellow of Watson Institute for International and Public Affairs, stressed that rather than persuading China to change objectionable policies and practices to a mutual advantage, what America is doing instead promises not only to entrench but to exacerbate the tension. Outright enmity is rapidly succeeding comity.

In his opinion, the American people are in one of their periodic fits of nativism. Contemporary Know-Nothingism is enriched by the guesstimates, conjectures, a priori reasoning from dubious assumptions, and media-generated hallucinations that populate American social and niche media. Americans are working hard at making xenophobia great again, and they now are largely taking aim at China.

In their imagination, China longs to dominate the world as the United States has since World War II. But Freeman suggested that if America takes the time to listen to what the Chinese say among themselves about their aspirations, it appears that what Chinese people want is just respect and a bit of courteous consideration by formerly scornful foreigners. Like their ancestors before them, the Chinese only demand a status of dignity that induces others to let them prosper in domestic tranquility.

Overwrought American threat-mongering about China is selling much better at home than abroad.

The former American ambassador said it probably is also an advantage for China that, unlike the United States or the late, unlamented USSR, it is not ideologically messianic. The Chinese do not seem to give a hoot how foreigners govern themselves. Propagandistic assertions by American ideologues notwithstanding, it does not push autocracy or oppose democracy abroad.

China makes no demands on its neighbors at present, other than respectful politeness, mutual openness to trade and investment, and the avoidance of collusion with third parties in active threats to its security. Rather than curbing Chinese influence, the Trump administration's campaigns to ostracize China have undermined American leadership.

US President Donald Trump launched the trade war last July. But by severing ties with the Chinese, Americans are isolating themselves from the largest population of scientists, technologists, engineers, and mathematicians in the world. He believes that cutting the United States off from scientific and technological intercourse with China seems more likely to disadvantage American innovation than to slow Chinese progress.

At the end, Freeman suggested the United States should view problems from an objective perspective, adapt to the new domestic and international realities, and revise its foreign and domestic policies.