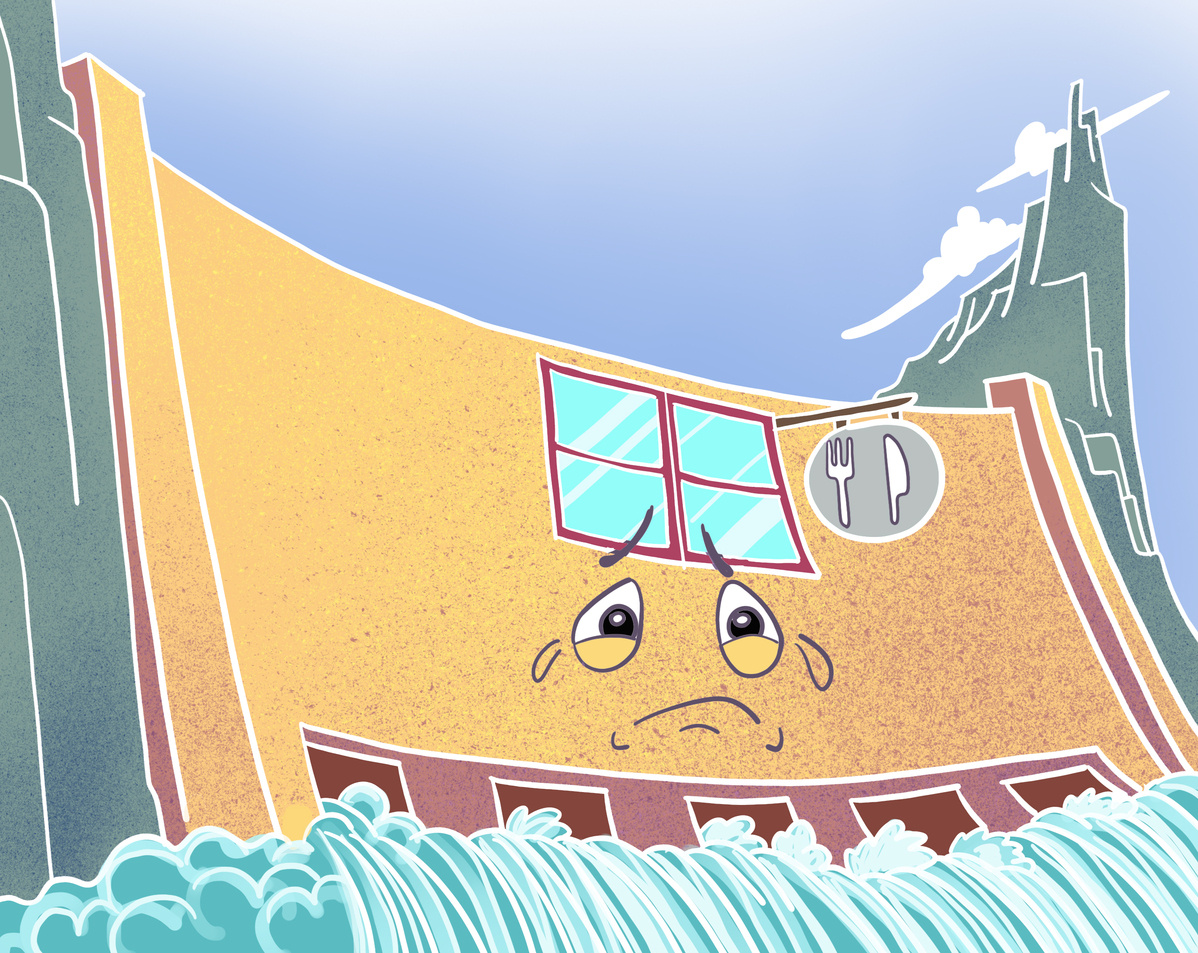 China National Radio reported last week about some restaurants and bars having come up illegally behind a levee on the Qinhuai River that protects Nanjing, capital of Jiangsu province, from flooding.

On Sunday, the local government in Nanjing's Jiangning district said a plan was afoot to pull down the illegal structures. The local disciplinary watchdog said it is investigating and will punish any found violating the law.

The damage such illegal constructions can cause to a levee cannot be overemphasized. The higher the water level rises, the more pressure it exerts, which is the reason why most levees or dams have a trapezoid-shaped section to better withstand floods.

However, by digging into the structure, restaurant owners have changed the shape of the levee from trapezoid to triangular, reducing its ability to withstand floods. Whenever the water level rises, the caves will be the weakest links and their possible collapse will render the whole levee useless.

The fact that the restaurants have been running for six years now makes one wonder why the authorities never noticed the illegal constructions. If they did, then why were they not demolished?

One restaurant owner claims he has been paying rent for the past six years. Who collected the money? Does it make the authorities party to the illegal constructions?

By looking the other way, the officials have endangered the lives of residents during every flood in the past six years. Floods continue to threaten the southern region, Nanjing being no exception. It is hoped that the authorities in Nanjing will thoroughly probe the incident and punish the guilty.