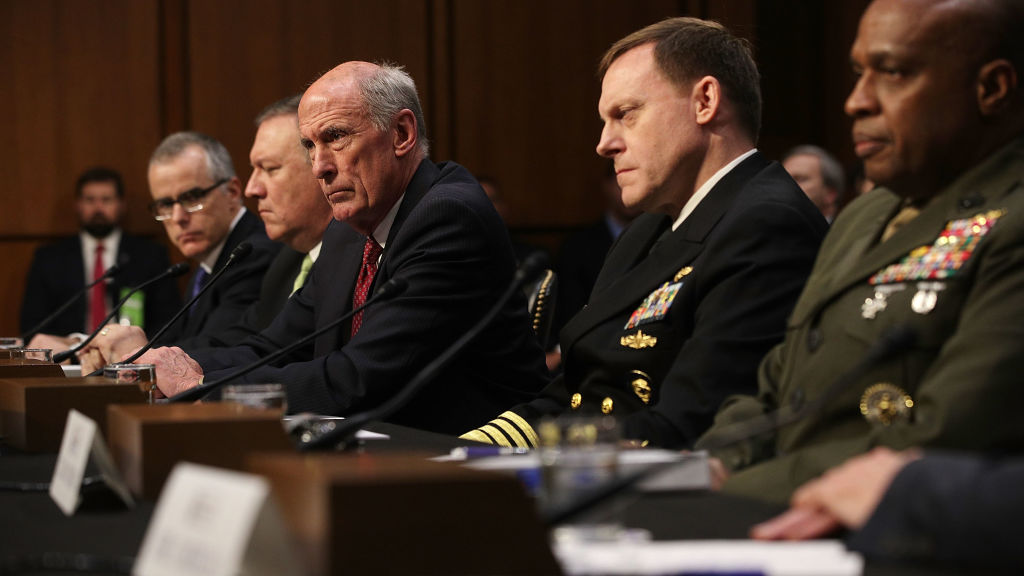 The heads of the United States intelligence agencies testifiy before the Senate Intelligence Committee in the Hart Senate Office Building on Capitol Hill, in Washington, D.C., May 11, 2017. (Photo: Getty)

To give an idea of how big the recent story linking the U.S. to even more shameful spying on EU leaders should be in the U.S., imagine if it were China that had been caught doing it.

Summarizing briefly, the latest reporting suggests that from roughly 2012 until 2014 – years in which Barack Obama was president and Joe Biden was vice president – the National Security Administration (NSA) worked with Danish intelligence to spy on multiple Western European leaders. According to Reuters, Danish intelligence undertook an internal investigation of its practices beginning a few years ago in light of the incredible amount of information Edward Snowden shared about the NSA when he left the United States in 2013. That internal probe uncovered the sharing of information between the Americans and the Danes.

Remember, it was less than a decade ago that President Obama was forced to apologize to German chancellor Angela Merkel after revelations that the U.S. had spied on her and her government. Those revelations were linked to the release of NSA information by Snowden; at the time, Snowden was (and he remains) controversial enough in the U.S. and Western Europe to cool some of the fire that resulted from the publication of that embarrassing information. Nevertheless, President Obama urged Germany to give the U.S. "the benefit of the doubt" about America's integrity because of the longstanding partnership between the two nations.

This is the kind of scandal that American media ought to love: It has intrigue, the likelihood of lying (or at least the failure to tell the whole truth), angry allies and the desperate need for an investigation. If only it involved China! That's because we know the narrative about China is baked into Western media reporting: The country's leadership always is up to no good, and China cannot be trusted to be a positive actor on the global stage.

Imagine for a moment it had been China, and not the U.S., that was caught partnering with another country to deliberately eavesdrop on Western leaders. Imagine if a Chinese leader apologized for such activity only to find out years later that the spying was even more widespread than he had admitted (or perhaps knew). Imagine one U.S. politician after another lining up to criticize China for such dastardly behavior.

But because the U.S. is involved in this diplomatic mess, well... expect less from the American media. A few weeks ago, the American media refused to dig deep into guarantees made by Japanese officials that their plan to dispose treated wastewater into the ocean would pose no problem to the environment. Ditto here: they will not fully challenge whatever the White House and other prominent politicians say about the U.S.-Denmark spy plan.

The European media already are acknowledging this story for what it is, a terrible breach of U.S.-Western European relations. The BBC reported French President Emmanuel Macron was especially angry, suggesting spying is not acceptable between allies. 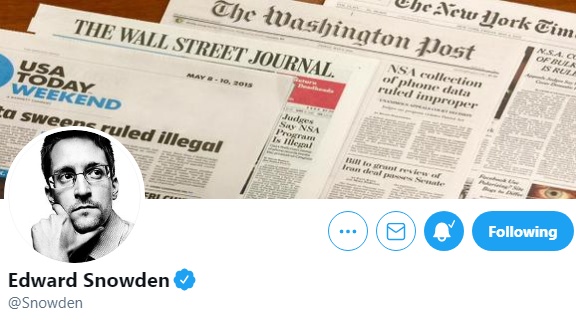 Deutsche Welle noted that German Chancellor Angela Merkel was surprised by "the degree of ruthlessness and lack of scruple" demonstrated by the U.S. when Snowden's revelations were made roughly eight years ago. What is she likely to think now? Finally, France24 suggested that "the ambition of American cyber spies who want to wiretap the whole world, including their allies, is nothing new."

These are strong rebukes from leading and generally friendly politicians and news agencies.

Nevertheless, we ought not to be surprised if the American media attempt to tamp down this story. One can anticipate in the coming days, suggestions that the revelations are "old news" or "tell us nothing new" or "America already has acknowledged its mistakes in this area."

That is not good enough.

What will President Biden say about the latest scandal? Snowden offered a hint in a tweet he posted: "Biden is well-prepared to answer for this when he soon visits Europe since, of course, he was deeply involved in this scandal the first time around. There should be an explicit requirement for full public disclosure not only from Denmark, but their senior partners as well."

President Biden is scheduled to attend the upcoming G7 summit in the United Kingdom, and he is also planning to visit NATO headquarters in Belgium. That trip begins in about 10 days, which ought to give the administration time to openly and honestly listen to the responses from their European counterparts. And once Biden arrives in Europe, he will need to have a powerful response ready because the European media will take every opportunity to ask him about it.

There was no immediate comment from the NSA or from anyone within the Biden administration, though in fairness to those parties on Monday the U.S. celebrated Memorial Day, which is a national holiday.

The best the Americans can hope for in this diplomatic disaster is that it can spin a narrative that successfully argues the NSA went too far in its zeal to keep Americans safe from domestic and international terrorism. That might work for a U.S. audience, but it seems unlikely the Europeans will buy it.