WASHINGTON, April 17 (Xinhua) -- After taking a hit in the first quarter due to the COVID-19 outbreak, China's economy is expected to see a recovery in the second quarter, an International Monetary Fund (IMF) official has said. 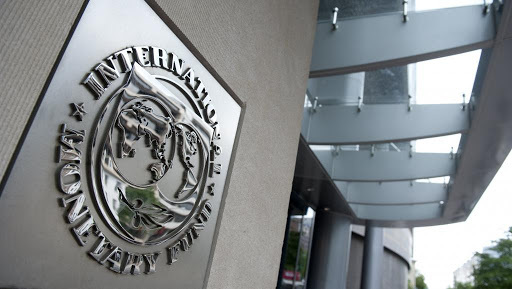 "News of the widespread re-opening of firms and the return of employees to work give us hope that we will see a recovery in Q2," Kenneth Kang, deputy director of Asia and Pacific Department at the IMF, told Xinhua in a recent written interview.

China is one of the few major economies that could see economic expansion this year, according to the IMF's recently released World Economic Outlook report, which projected global economy to decline by 3 percent in 2020.

China's domestic activity is expected to rebound and continue to recover in the second half of this year as the containment measures are withdrawn and policy support gains strength, Kang said.

As economic activity normalizes and returns toward its pre-virus trend, China's economic growth will improve, Kang said, while noting that the outlook faces "downside risks."

"The virus could return and force new containment measures that would impede growth," he said. "Global growth could slow further as the pandemic continues to affect other countries."

The IMF official noted that Chinese policymakers have reacted strongly to the outbreak. "They have taken targeted action to contain the virus, mitigate its impact on the economy, and support the recovery. This has been the right approach," Kang said.

"In addition to supporting the medical response, fiscal measures should build on efforts to rebalance the economy and foster long-term sustainable growth," he said.

He noted that several Asian countries, including China, have supported the IMF through its Catastrophe Containment and Relief Trust, which provides immediate debt relief to low-income countries affected by the crisis.

According to the IMF's latest projection, growth in Asia is expected to stall at zero percent in 2020 due to the pandemic, the lowest growth since the 1960s. Despite the "remarkable downgrade," Kang said Asia is in better shape than other regions and may recover faster.

"Since Asia was hit by the virus before others, a recovery may begin earlier, with growth in 2021 expected to rise to 7.6 percent," Kang said, though adding that not all the lost growth can be made up quickly.

The IMF official stressed that there is considerable uncertainty around the forecasts.

"One of the difficulties in forecasting growth is that economies in Asia are at different stages of the pandemic," he said. "The final outcome will depend on the effectiveness of the containment measures and the possibility of a second wave of outbreaks."

Kang said the hope is that policymakers around the world will continue to work to contain the outbreak, blunt its impact, and keep the recovery on track. Citing remarks from IMF Managing Director Kristalina Georgieva, Kang said many of these measures are more effective if they are implemented together.

"Indeed, we are seeing international cooperation in many key areas, such as the provision of liquidity through swap lines, and fiscal policy is being rolled out in a growing number of countries," Kang said.

The IMF official said countries should avoid trade restrictions on medical and health products to ensure that they go to where they are most needed, noting that countries with limited health care capacity and resources will need international aid to prepare for and weather the pandemic.

"The health emergency is a powerful reminder of the need for policy coordination and solidarity in an interconnected world," Kang said.

The IMF projected that global trade will decline by about 11 percent this year, but rebound strongly by about 8.5 percent next year "in line with a recovery of the global economy," he noted, calling for strong multilateral cooperation to complement national policy efforts.

"Countries should cooperate to reduce tariff and nontariff barriers that impede cross-border trade and investment and to strengthen global supply chains as the recovery takes hold," he said.