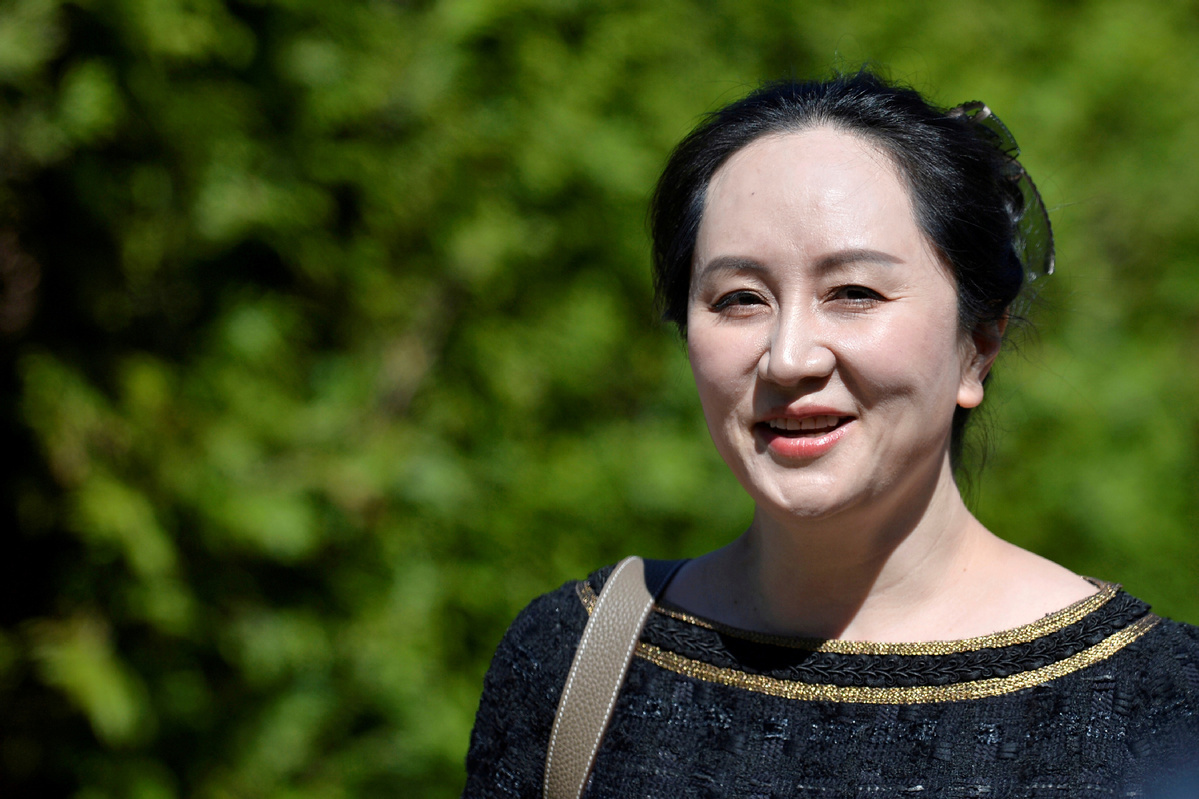 China reiterated on Monday its firm resolve to safeguard the legitimate rights and interests of its citizens and companies, and called for the immediate release of senior Huawei executive Meng Wanzhou.

Foreign Ministry spokesman Zhao Lijian made the remark as Meng, the chief financial officer of Huawei, was to attend hearings in a Canadian courtroom via telephone on Monday to argue for the Canadian attorney general to release more confidential documents relating to her arrest to show that her rights were violated. The Canadian attorney general has held back some of the documents related to Meng's arrest, claiming privilege.

"According to information already disclosed, the United States and Canada abused their bilateral extradition treaty, and arbitrarily took compulsory measures against a Chinese citizen. This violated her legitimate rights and interests," Zhao told reporters at a regular news briefing in Beijing.

The spokesman said that the purpose of the US was to suppress Huawei and other Chinese high-tech companies, and Canada was acting as its accomplice.

"This is a serious political incident," Zhao said, noting that this is a view shared by the rest of the international community as well as many insightful people in the US and Canada.

"We once again urge the Canadian side to take seriously China's solemn position and concerns, and immediately release Meng and let her return to China safely as soon as possible," he said.

The spokesman also responded to a new executive order issued by US President Donald Trump on Friday giving ByteDance 90 days to either sell or spin off its TikTok business in the US.

While TikTok has done almost everything required by the US including hiring only Americans as its top executives, hosting its servers in the US and making public its source code, it is still not spared from the clutches of certain US politicians who are acting like robbers out of their own selfish political interests, Zhao said.

"These politicians insist on fabricating various excuses to strangle TikTok," he said.

According to the spokesman, while the CIA assessed that there is no evidence suggesting that the Chinese authorities have intercepted TikTok's data or used the app to access people's smartphones, some US politicians still used national security as a one-size-fits-all pretext to cause trouble and harm non-US companies.

He called the hegemonic act of the US side "a public rejection of its so-called market economy and fair competition principles". The violation of international trade rules will also hurt the interests of US consumers and businesses, he added.

"We urge the US side to immediately correct its mistake, stop slandering and smearing China and stop suppressing the companies of other countries," Zhao said.