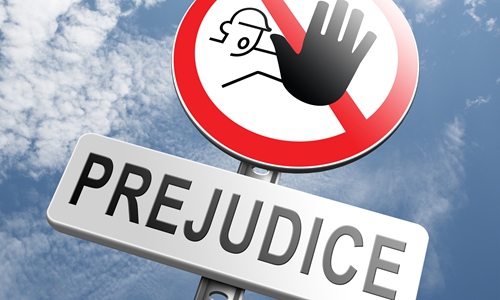 China's Foreign Ministry announced on Wednesday that it would revoke the press credentials of three Wall Street Journal (WSJ) reporters working in Beijing. China's decision came after the WSJ had published an article titled "China Is the Real Sick Man of Asia." The WSJ refused to apologize. After China revoked the three reporters' press credentials, US Secretary of State Mike Pompeo said China should not "restrict speech."

"Sick man of Asia" used in the WSJ headline are not just random words, but a phrase with specific historical connotation . The phrase upset Chinese people because it is linked to a period when the country was brutally bullied and humiliated by the Western imperial powers.

The parallel to this would be the Chinese media using the "N" word to describe African Americans. How will they react? No one will believe that we were being well-intentioned.

The WSJ is an elite in the mainstream US media. The newspaper flaunts its professionalism, which should have been reflected in their words and an accurate grasp of all content.

Criticizing such a headline does not mean that China is overly sensitive. The WSJ was first immoral. Indeed, the newspaper enjoys freedom of speech, but does this mean it can speak so rudely about other people? I believe this is a distortion of freedom of speech.

The day before China revoked the WSJ reporters' press credentials, the US announced that it would treat five major Chinese state-run news agencies with operations in the US as foreign missions. Washington regards the five agencies as intelligence gathering agencies. This is how the Soviet Union was treated by the US during the Cold War.

China's former vice foreign minister Fu Ying raised this question about Huawei at the 2020 Munich Security Conference: "Do you really think that the democratic system is so fragile that it could be threatened by this single, high-tech company?" I think the US is this fragile. After declaring the Chinese news agencies "foreign missions," the US can set limits on the news that these agencies publish in the US. To a certain extent, some people in the US think that letting these media organizations report on China's development achievements will worry the American people. By comparing China's development with that of the US, some American people will ask themselves: Why has China developed into what it is today, while the US is going in a different direction?

Some Americans have lost their ability to think rationally. It looks like that they have lost their rationality because of the China-US strategic competition. I think the US moves expose Pompeo's political ambitions. He has been accumulating political capital for a possible run for the US presidency in 2024. He wants to be seen as confronting the so-called threat of the Communist Party of China.

The WSJ's reporting from China helps the newspaper earn profit. By allowing them to operate in China, the country is in fact allowing them to make money from China. Thus, we have every reason to ask them to be friendly in their reporting. This doesn't mean that they must praise China, but they must report objectively. We allow them to make profits in China, but they still insist on besmirching China and refusing to correct their mistakes. This proves their hostility and immorality. They are unwelcome in China.