OPINIONS Impact of Biden's victory on transatlantic ties is not clear

Impact of Biden's victory on transatlantic ties is not clear 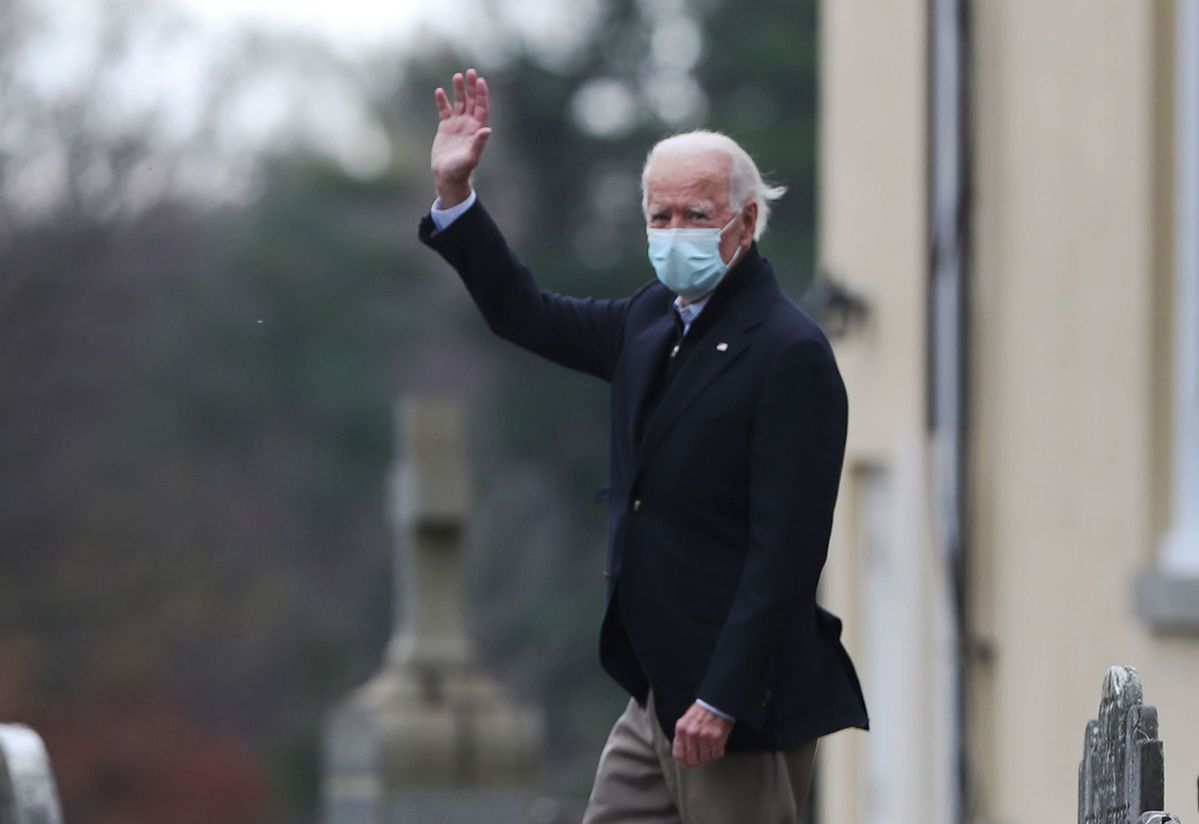 Joe Biden's victory in the United States presidential election may push the United Kingdom toward an agreement with the European Union at a critical moment in post-Brexit trade talks, analysts said.

There are also suggestions from British media and senior politicians that any future free-trade deal between the US and the UK after Brexit could be less likely under a Democrat Biden presidency than it would have been under Republican Donald Trump.

Trump was often willing to talk up the "special relationship "between Washington and London, and was a supporter of a no-deal Brexit and the possibility of a free-trade deal with the US, the world's largest economy.

The trans-Atlantic special relationship has appeared stable in recent years as British Prime Minister Boris Johnson's government and the wider Brexit movement has been content to align with Trump on several issues.

Trump himself has spoken approvingly of Johnson as "Britain Trump". "He's a good guy," Trump said of Johnson last year. "He's a friend of mine."

Biden once called Johnson a "physical and emotional clone" of Trump, but the UK prime minister clearly took no offense, as he was quick to congratulate the president-elect on his victory last week.

A free-trade deal with the US was a key component of what the UK government has tagged "Global Britain", its so-called vision for the UK's post-Brexit foreign and trade policies.

However, priorities for pro-EU Biden, who has often emphasized his Irish ancestral roots, will be different, according to commentators.

Biden is known to value US relations with Europe and seeks to restore links with Germany and France that Trump has harmed.

Some senior UK diplomats, the Guardian reported, believe Biden might even prioritize a US-EU trade deal over one with the UK, as he tries to repair relations with the 27-nation bloc.

Before Johnson can address any future US-UK trade agreement, his focus will be on securing a favorable trade deal with the EU. Just days remain for an agreement to be reached before the UK leaves its transition period at the end of the year.

If no trade deal is agreed by then, the UK would automatically fall back on the rules of the World Trade Organization on Jan 1.

In a phone call with Johnson on Tuesday, Biden stressed the importance within the Brexit process of protecting Northern Ireland's peace deal, the Good Friday Agreement of 1998 that effectively ended 30 years of violent conflict in the region.

Previously, Biden made a point of stating that the Good Friday Agreement could not be allowed to become "a casualty of Brexit".

He said: "Any trade deal between the US and UK must be contingent upon respect for the agreement and preventing the return of a hard border. Period."

Tensions have been exacerbated by Johnson pushing ahead with legislation that would break the Northern Ireland protocol that both the UK and the EU signed up to within the Brexit withdrawal agreement of October 2019, which keeps Northern Ireland in customs alignment with Brussels to prevent a hard border with the Republic of Ireland.

Mujtaba Rahman, managing director for Europe with Eurasia Group, a risk management firm, told the NPR network a Biden presidency puts pressure on Johnson to abandon his threat of a no-deal Brexit.

"Biden's personal stake and role in this has been absolutely key in forcing a change of position in Downing Street vis-a-vis the EU in those talks," Rahman said.

But Biden's imminent arrival may not be such an influence on the Brexit trade talks as some commentators are suggesting.

Director of the British Foreign Policy Group, Sophia Gaston, told Politico the impact of Biden's victory on the Brexit negotiations will be "minimal".

"The direct impact of the election outcome on the Brexit negotiations with the EU is overblown," she said. "I don't think there is any evidence to support the expectation that there is going to be an influence on the nature of these negotiations or its direction based on the outcome of the election."

Raoul Ruparel, a former Brexit adviser to Theresa May, backed this up, noting the British government's strategy in talks has been exclusively focused on its intention to protect UK sovereignty above all else.

Charles Kupchan, a former official with Barack Obama's administration and now a Biden adviser, told Times Radio that he believed the special relationship will continue but may no longer be so significant.

"The bottom line is that Brexit is an act of self-isolation," said Kupchan.

"The UK alone does not cut a large figure on the international landscape, and as a consequence I do worry that, moving forward, whether the issue is Ukraine, or India, or China or Russia, the UK is going to have to figure out how to make itself relevant at a time when it is very inwardly focused. So the relationship between the US and the UK will be fine. I'm just not sure it's going to matter that much."