OPINIONS Impact of ‘Trumpism’ on US constitutionalism, democracy dies hard

Impact of ‘Trumpism’ on US constitutionalism, democracy dies hard 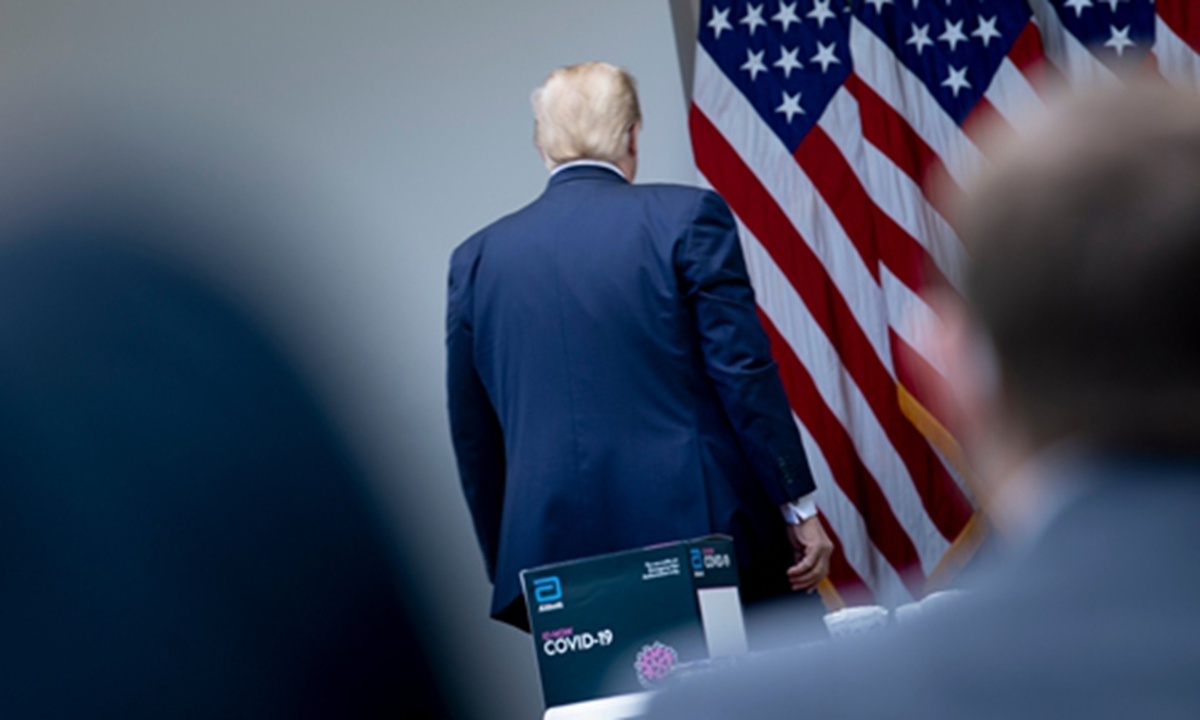 To prevent Joe Biden from successfully taking office as the next president of the US on January 20, US President Donald Trump and some Republican lawmakers are planning to roll the dice on odds. They want to challenge Biden's win when the Congress gathers to certify the Electoral College vote on Wednesday.

Since 1887 when the US Congress passed the Electoral Count Act, the Electoral College results have never been overturned. Whether a constitutional crisis will emerge in the US now is under the spotlight.

Trump's team has filed more than 50 lawsuits in terms of alleged election fraud, but judges across the country have repeatedly rejected them.

Georgia and some other states in which Trump lost have held recounts: but the results still favor Biden as the victor.

However, Biden's victory is still being challenged, which mirrors huge divergences between the Democratic and the Republican Party. US Senator Ted Cruz and other 10 Republican senators issued a joint statement on Saturday objecting to certificate Biden's victory and demanding "an emergency 10-day audit of the election returns in the disputed states."

White House trade advisor Peter Navarro has also claimed that Biden's January 20 inauguration should be postponed. These ideas pose a direct and unprecedented challenge to the US Constitution.

However, cracks also occurred within the GOP. Some Republicans said Cruz and his likes will destroy American voters' confidence in the elections. In fact, Republican lawmakers such as Cruz are not supporting Trump out of loyalty - they want to recruit his big base and Trump himself into their own camp. After all, over 73 million people voted for Trump in the 2020 election. Having this bloc can potentially propel them to greater political victories.

Apart from the political offensive, rumors over a possible "military coup" are also spreading. On December 21, the Atlantic reported that the current president has been "scheming about a possible coup in the Oval Office with his innermost team of advisers: Michael Flynn, Sidney Powell, and Rudy Giuliani."

While it is highly unlikely that a military coup will be successfully staged, it would still be astonishing enough for the idea to be even thought about. This is undisguised challenge to the US Constitution.

All 10 living former US defense secretaries, including Former secretary of defense Jim Mattis, have declared that the US presidential election is over in a forceful public letter published in The Washington Post on Sunday. This letter stresses that the US military must not become entangled in any election disputes in the coming days. "The time for questioning the results has passed," the letter read.

Such a letter is rare even in US history - it is enough evident how serious the crisis the US is facing.

The upcoming political farce by the incumbent president and some Republican lawmakers on Capitol Hill will also be unable to overturn the result. They can at most delay the confirmation of Biden as president by a few hours. But this farce is reflecting the profound crisis on US domestic politics.

Cracks in US society have crossed simple lines of partisanship. They now reach deeply into different interpretations of the US Constitution and different understandings of US democracy. As the Guardian reported in November 2020, due to the elections, "The clash of two Americas could get worse before it gets better."

The political zeitgeist Trump represents cannot be underestimated. And US' populism will not die easily under Biden's presidency. Now, there are many political groups committed to sticking with Trump's politics beyond his time in office. Overall, "Trumpism" and its impact on US constitutionalism and democracy may not fade away for a long time.