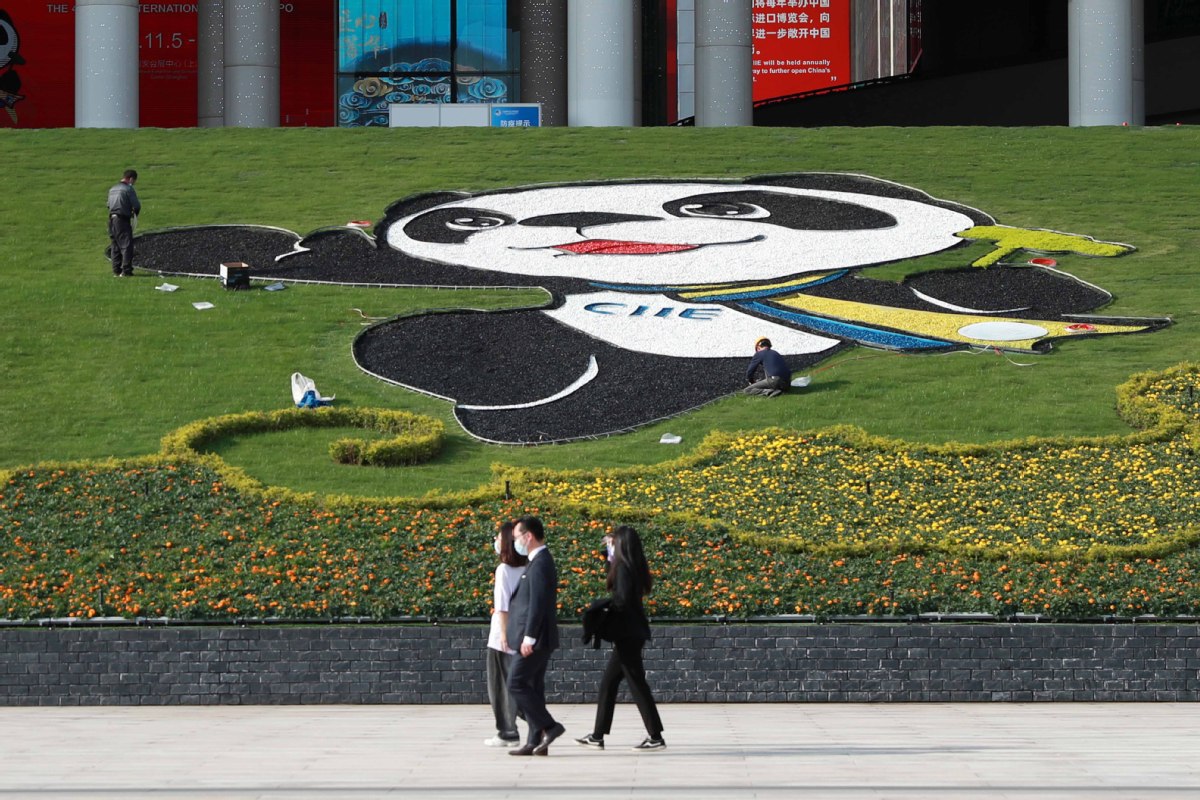 People walk past a garden with an image of Jinbao, the panda mascot of the China International Import Expo, in Shanghai, on Oct 29, 2021. (Photo: IC)

The $70.72 billion worth of deals reached at the Fourth China International Import Expo, which concluded on Wednesday, the participation of 281 of the world's top 500 enterprises and the showcasing of 422 new products, technologies and services indicate both the expo's attractiveness and success.

The expo has helped China recover from the economic slowdown caused by the novel coronavirus outbreak last year by not only facilitating the increase in imports, especially high-quality goods and services, and improving consumption quality but also boosting the confidence of enterprises in the Chinese economy.

In doing so, it has also promoted higher-quality development and contributed to the global economic recovery.

With a population of 1.4 billion and a middle-income group of more than 400 million people, China imports about $2.5 trillion worth of goods and services every year, creating business opportunities for the rest of the world.

The fact that the transaction volume at the expo has exceeded $70 billion highlights the huge potential and vitality of the Chinese market.

At a time when China-US relations are at a critical juncture, about 200 companies and business groups from the United States, a record high, participated in the expo.

So it is no surprise that in the first nine months of this year, China-US trade reached $543.1 billion, up 35.4 percent year-on-year.

The import expo also demonstrated China's commitment to further open up its economy, and promote win-win cooperation and economic globalization.

From further shortening the negative list for foreign investment, opening up the telecommunications, healthcare and other service sectors, and revising and expanding the list of industries for foreign investment to the introduction of a negative list for cross-border service trade in pilot free trade zones, the new opening-up measures announced by President Xi Jinping at the opening ceremony of the expo will boost the confidence of global enterprises in the Chinese market.

The expo has become more of an international platform for public goods, making China's determination to promote inclusiveness and mutual benefit clearer.