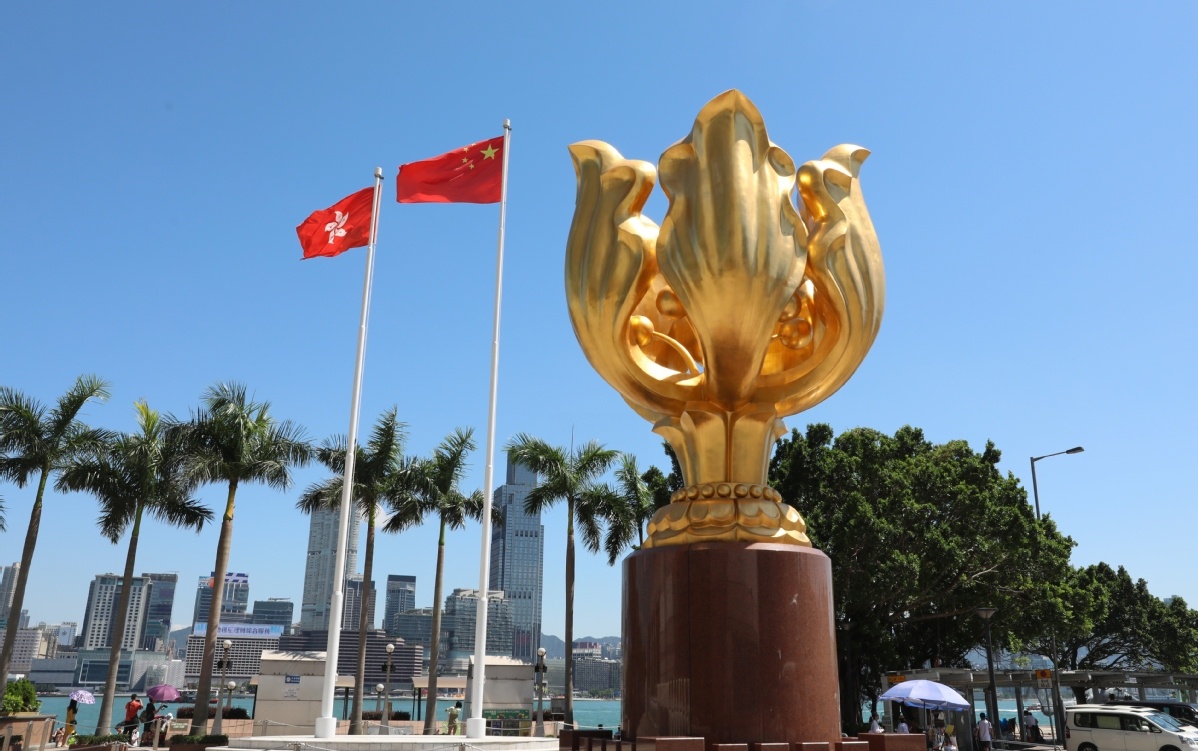 By clearly defining the formation, functions and responsibility of the Election Committee and the Candidate Qualification Review Committee, the electoral system of the Hong Kong Special Administrative Region has been improved. By installing "safety valves" for elections in the SAR, the country's top legislature has ensured that those elected truly represent the will of the vast majority of Hong Kong residents and will serve the overall interests of the whole of Hong Kong society.

As the district council elections in the SAR in November 2019 at the height of the chaos instigated by local and foreign anti-China forces indicates, it was absolutely necessary for the Standing Committee of the National People's Congress to close the loopholes and shortcomings in the SAR's electoral system.

The amendments to Annex I and Annex II of the Basic Law on Tuesday is a timely reply to the call of Hong Kong people for the electoral system of the SAR to be reformed so that only patriots govern the city.

The move will prevent subversives, secessionists and proxies of foreign countries from taking advantage of the city's electoral system to worm their way into the governance system of the SAR, where disguised as upholders of democracy they have sought to undermine the SAR's stability, damage its economy and foment anger against the government.

After the NPC Standing Committee made the decision on improving the electoral system of Hong Kong on March 11, millions of Hong Kong residents signed their names to an online campaign to show their support for decision to close the loopholes in the electoral system and their opposition to the activities of the subversives and radicals who have threatened to "stir-fry all" in the SAR.

To collect opinions from Hong Kong society, 66 symposiums were held, including those with representatives of the so-called pro-democracy camp, and the lawmakers also met with more than 1,000 elites from all walks of life to solicit their points of view. Some of the changes to the electoral system, such as disqualifying the district council members from the Election Committee were directly proposed by Hong Kong residents, as rather than serving the people and communities, and providing the SAR government with valuable suggestions, district councils had become stages for political shows by radical elements in the SAR.

Expanding the size of the Election Committee from 1,200 members to 1,500, and the Legislative Council from 70 seats to 90 means they will now be more balanced and they will be more representative of the whole of Hong Kong society.

Rather than narrowing the space for people to participate in the governance of the SAR as the "pan-democrats" are trying to claim, the changes broadens it as it means that all permanent residents are eligible to participate as long as they are willing to sincerely safeguard China's sovereignty, security and development interests, and respect and uphold the constitutional order of the SAR.

The reform of the electoral system is in line with Hong Kong's actual conditions and will to a large extent increase the political participation of Hong Kong people in the SAR's elections. It demonstrates the determination and sincerity of the Chinese central authorities to advance broader democratic participation in the SAR to ensure its stability and development.