Improvement of human rights at the heart of Party's mission: China Daily editorial 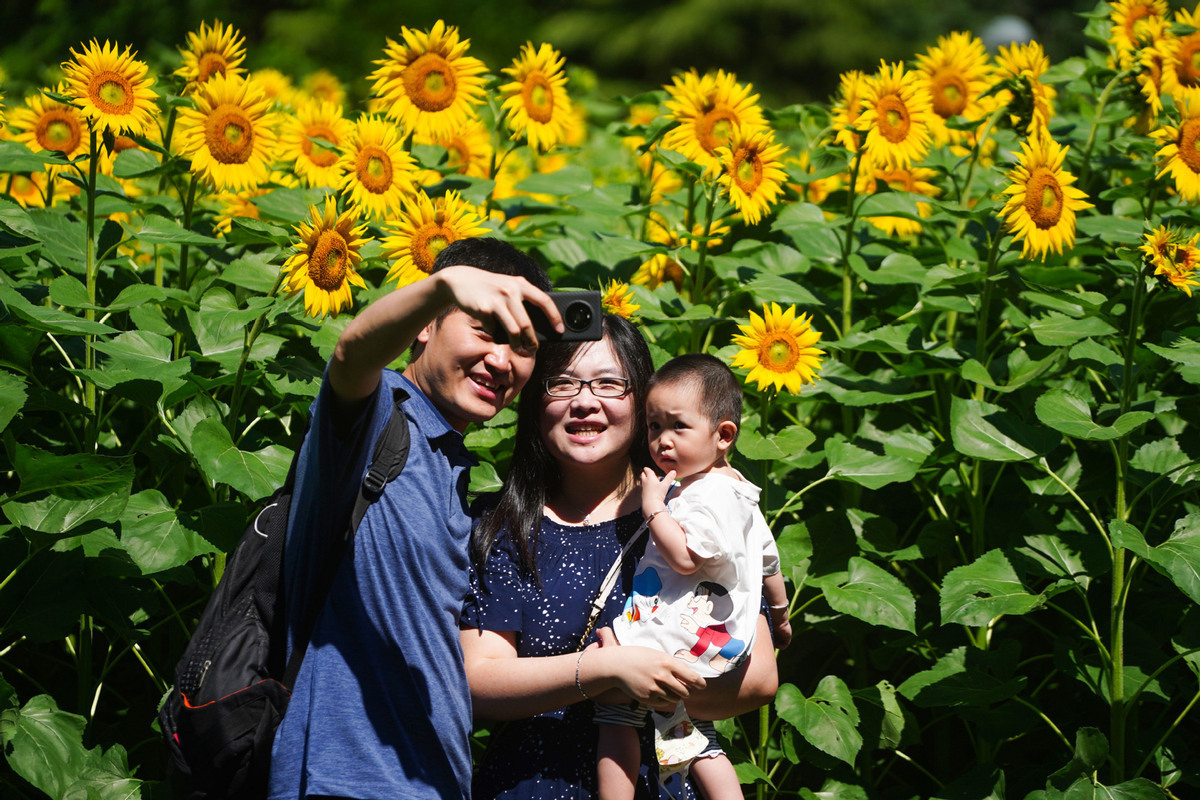 A family takes photos against a backdrop of blooming sunflowers at the Olympic Forest Park in Beijing, on July 4, 2021. (Photo: Xinhua)

The Communist Party of China celebrated the centenary of its founding on July 1, which provided a good opportunity to look at what it has achieved over those 100 years. One of the most significant achievements has been the realization of its pledge that no one would be left behind on the country's development journey.

With dedicated and targeted efforts to lift the intractably poor out of extreme poverty, the country successfully attained its goal of eradicating absolute poverty and building a xiaokang society, one that is moderately prosperous in all respects.

A xiaokang society reflects a buoyant economy, well-functioning whole-process democracy, a flourishing culture, social equity, healthy ecosystems and high respect for and comprehensive protection of human rights under the rule of law.

Providing an overview of how far the country has progressed in improving the human rights conditions, a white paper "Moderate Prosperity in All Respects: Another Milestone Achieved in China's Human Rights", which the State Council Information Office published on Thursday, provides a panoramic view of the CPC's contribution to the improvement of human rights in China over the past 100 years and the country's transformation from a semi-feudal and semi-colonial society of 100 years ago in which human rights were the privilege of a few.

In doing so, the white paper is a powerful rebuttal of some Western countries' baseless criticism of China's human rights record.

In their anxiety at losing their preeminence in global affairs some developed countries hypocritically hype up their fabrications of human rights issues in China.

More importantly, the Party and the government are constantly enhancing their governing abilities and the governance system so they can lead the nation toward the realization of the second centenary goal of building China into a modern socialist country in all respects by the centenary anniversary of the founding of New China in 2049 and better ensure that all Chinese people live a happier life and enjoy more extensive human rights.

The Party has remained true to its original mission of serving the people throughout the past 100 years, and it will continue to do so. That explains why it can always conduct self-revolution, so as to answer the call of the times and meet the demands of the people, while exploring the path of socialism with Chinese characteristics.

Building a xiaokang society in a country with about one-fifth of the world's population represents a milestone in the history of global human rights, and represents China's contribution to the world human rights cause. Its approach and experience are of reference value to the less-developed countries to improve their human rights conditions.