OPINIONS Improving bilateral ties a test for new US administration

Improving bilateral ties a test for new US administration 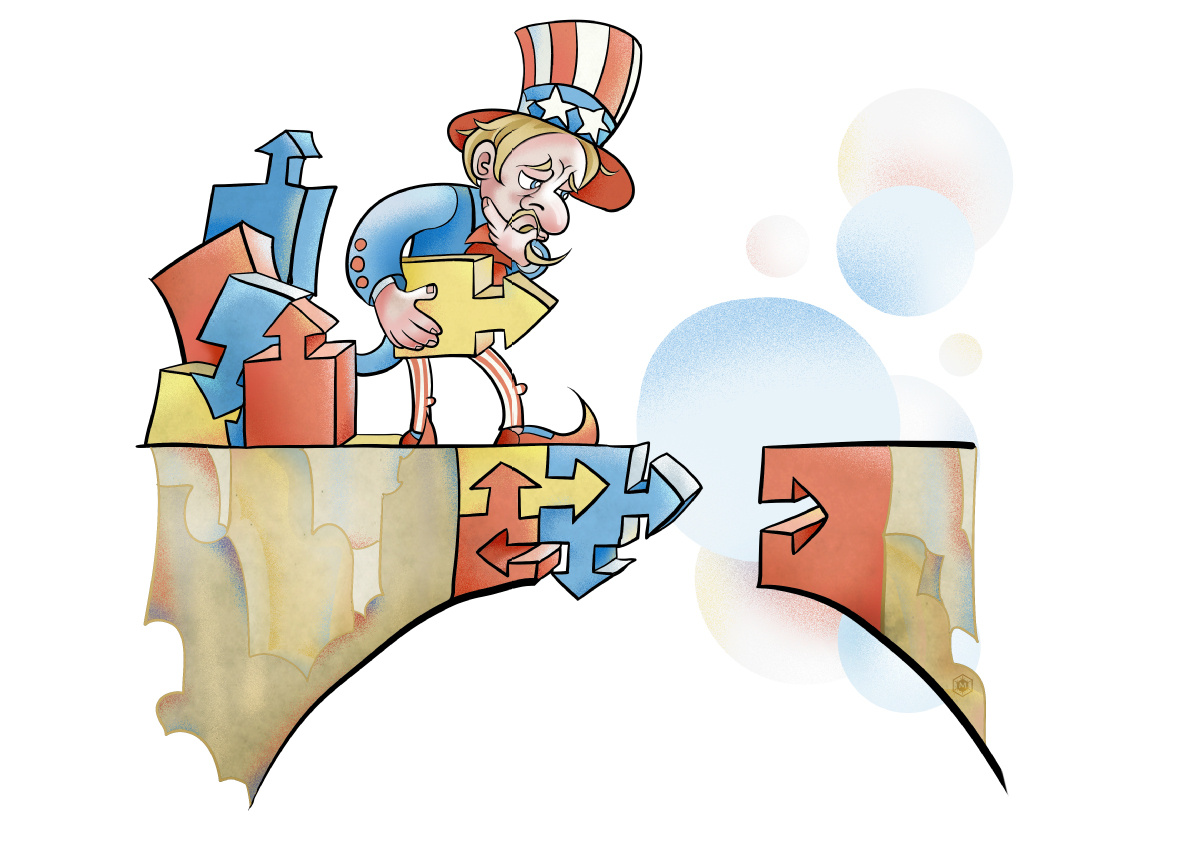 With Joe Biden set to be sworn in as president in January, the consequent shift of power in the United States offers an opportunity to Washington and Beijing to improve their ties next year, which have deteriorated during the nearly four years of the Donald Trump administration.

But putting China-US relations back on the normal track could be a hard job for the Biden administration, given the serious damage caused by the incumbent administration's "America first" policies to Chinese businesses and other entities. Indeed, it will take great political acumen and courage for Biden to reverse the downward trend of bilateral ties. Perhaps there is a need for the world's two largest economies to meet halfway in order to rebuild mutual understanding and trust.

Over the past more than three years, the majority of Washington's trade protectionist and political policies have been targeted at China. What started as punitive tariffs on Chinese goods gradually extended to other fields, including geopolitics and China's internal affairs.

So desperate has the Trump administration been to contain China's rise that apart from a few areas like trade talks, most Sino-US exchange mechanisms have come to a halt. Take Chinese students in the US for example. The number of visas issued to Chinese students, known as F-1 visas, declined by 99 percent from April to September, compared with the same period last year. The COVID-19 pandemic may have caused part of that decline, but the US' anti-China policy is responsible for a majority of that.

Instead of trying to resolve its differences with Beijing through talks, the incumbent US administration has resorted to double standard and bullying to get its way－although with little success.

For some time now the novel coronavirus pandemic has been the most pressing public health and sociopolitical problem facing Washington. But the White House has preferred to blame China for the global spread of the virus rather than taking effective measures to contain it at home－as a result, the virus has infected more than 14.2 million people and claimed over 280,000 lives in the US.

Also, instead of promoting global cooperation to revive the world economy from the devastating impact of the pandemic, the White House has intensified its trade war against China, irrespective of the fact that by doing so, it has also harmed US companies and agricultural sector, not to mention causing immense inconvenience to US consumers and retailers. No wonder more than 3,500 enterprises have jointly taken the US administration to court.

Which shows the zero-sum game the White House has been playing is beneficial to neither China nor the US, and the "America first" policy has failed to protect and create new jobs and woo bulk manufacturing back to the US.

Besides, the US is facing severe political polarization and social division which extends from the Democratic and Republican parties, to the rich and poor, and white people and ethnic minorities including black people and Asians. These problems will not disappear overnight when Biden assumes office; they will continue to plague the country and pose a big challenge to the new administration.

So the rebuilding of Sino-US relations will require wisdom, political acumen and pragmatism. And we hope the new administration will measure up to the challenge. To be sure, Sino-US ties can return to the right track, even if gradually, from the next year. But for that, the two sides have to make concerted efforts.

Second, it is important that the two sides restore people-to-people exchanges, as they help build mutual trust. In the past, the mutual issuance of 10-year visas promoted not only cultural exchanges but also mutual understanding. So Biden should revive the plan if he is sincere about improving bilateral ties.

Third, bilateral ties can also be improved through collaboration on global issues. To boost the global fight against climate change, China has pledged that its carbon emission will peak before 2030 and it will achieve carbon neutrality by 2060, while Biden, during his campaign trail, promised he will ensure the US rejoins the Paris Agreement if he is elected US president.

These common goals of the US and China make them natural partners in the global fight against climate change.

Especially, since the Democrats strongly advocate reduction of carbon emissions, the US and China should work together to boost the global fight against climate change. After all, the Barack Obama administration and the Chinese government worked together to realize the Paris Agreement.

In the past, China and the US have cooperated to resolve the Iran and Korean Peninsula nuclear issues. These will be good starting points for Biden to improve Sino-US relations.

Hopefully, during the Biden administration, bilateral cooperation will coexist with competition. And there is much room for collaboration in competition, because it is not the same as rivalry.

The two sides have four decades of experience of managing their differences, which Biden can greatly benefit from. Yet cooperation should be the mainstay of Sino-US ties.

The author is a researcher at the Institute of American Studies, Chinese Academy of Social Sciences.