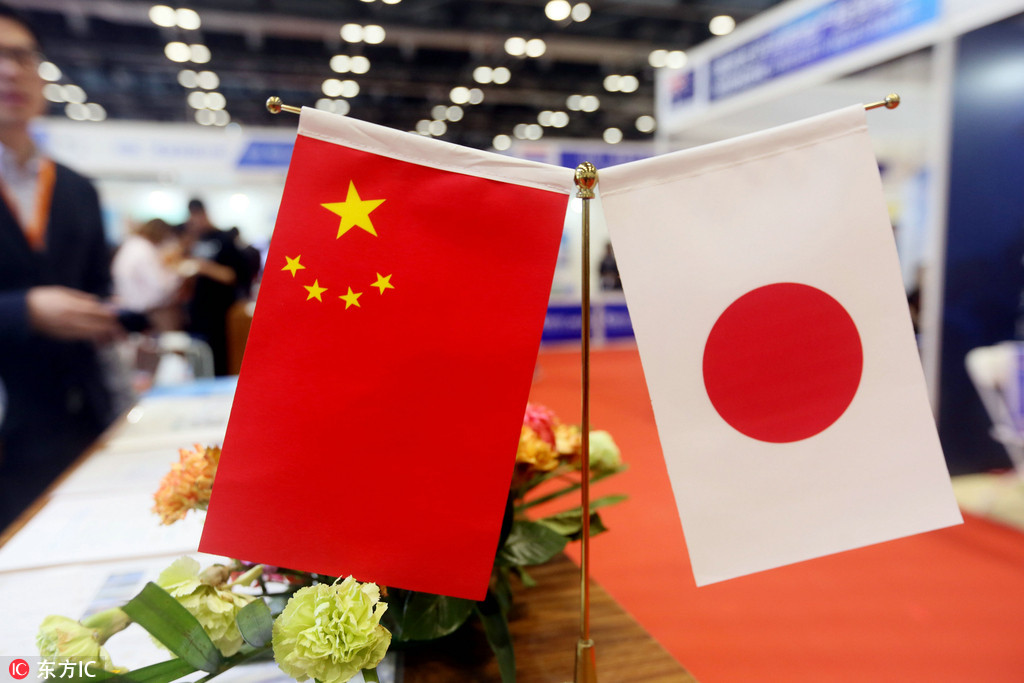 Mutual understanding between China and Japan had improved due to their cooperation in the fight against the COVID-19 pandemic. But Japan has poured cold water on the improving relationship by challenging China's national interests. In its remarks against China for promulgating national security legislation in Hong Kong to plug the national security loopholes in the special administrative region, Japan said the move will shake international faith in the "one-country, two-systems" principle, which can only be described as baseless and prejudiced.

Before that, Japan, together with the other G7 economies－the United States, the United Kingdom, France, Germany, Italy and Canada－and the European Union, issued a statement on the situation in Hong Kong. Besides, the Ishigaki city council's approval of the change in the name of China's Diaoyu Islands, known as Senkaku Islands in Japan, from Tonoshiro to Tonoshiro Senkaku, against which China lodged a strong protest, poses a grave threat to China's territorial integrity.

As for Hong Kong, it is governed by the "one country, two systems" principle, so Japan's (and the G7's) statement is legally untenable, not least because it emphasizes "two systems" while neglecting "one country", which is the basis of "two systems". Since the consensus in the international community is that Hong Kong is part of China's internal affairs, Japan's remarks on Hong Kong is an interference in China's internal affairs, which is against international law, and harmful to bilateral relations.

Japan should realize that due to economic globalization, countries across the world are more interconnected and interdependent today than ever before, and all countries stand to gain through common development and lose by indulging in zero-sum games. In fact, global opinion is in favor of deepening mutual respect, cooperation and co-development instead of interfering in other countries' internal affairs.

In the new era, China and Japan need to pursue peace and common prosperity through common development based on mutual respect. In the face of challenges, it is understandable that a country takes legal or other measures, or chooses to remain silent on certain issues, in order to safeguard its national interests and sovereignty.

However, the statements Japan has issued in the name of defending morality and justice is simply unacceptable. Japan's use of double standard will have a long-term negative effect on the international community and international relations.

In the new era of Sino-Japanese ties, Japan needs to rethink its military alliance with the United States.

Many Western countries still believe in "peace under the governance of the US", but the wider international community has for long been questioning the US-led global governance system.

The pandemic has exposed a different US-which disregards human life and human rights, politicizes science and technology, shirks its global responsibilities, and resorts to double standard. Which has given China and Japan the opportunity to improve their relationship and redefine the global role of the US.

As the pandemic has also transformed several specific functional issues into strategic issues, China and Japan should focus on specific functional issues, and take measures to establish effective bilateral mechanisms in healthcare, marine management and financial cooperation, and coordinate their policies to boost common development and regional prosperity, especially because the existing bilateral mechanisms are more politically symbolic than effective.

The pandemic has prompted both countries to attach more importance to regional cooperation. So the Chinese and Japanese governments as well as their public sectors should deepen cooperation in different fields in the new era.

International relations faces new challenges, in particular, because the US is no longer willing to fulfill its global responsibilities and provide public goods, and instead it seems desperate to challenge the traditional global security order, in order to maintain its global hegemony by exploiting its military alliances with other countries.

In other words, to improve security cooperation in Northeast Asia, China and Japan should make more efforts to deepen their trade partnership and people-to-people exchanges, and promote multilateralism.

The author is a professor at and deputy director of the School of Northeast Asian Studies and Institute of International Studies, Shandong University.