China's traditional concept of marriage has undergone dramatic changes as its younger generation has chosen to postpone or even give it up. 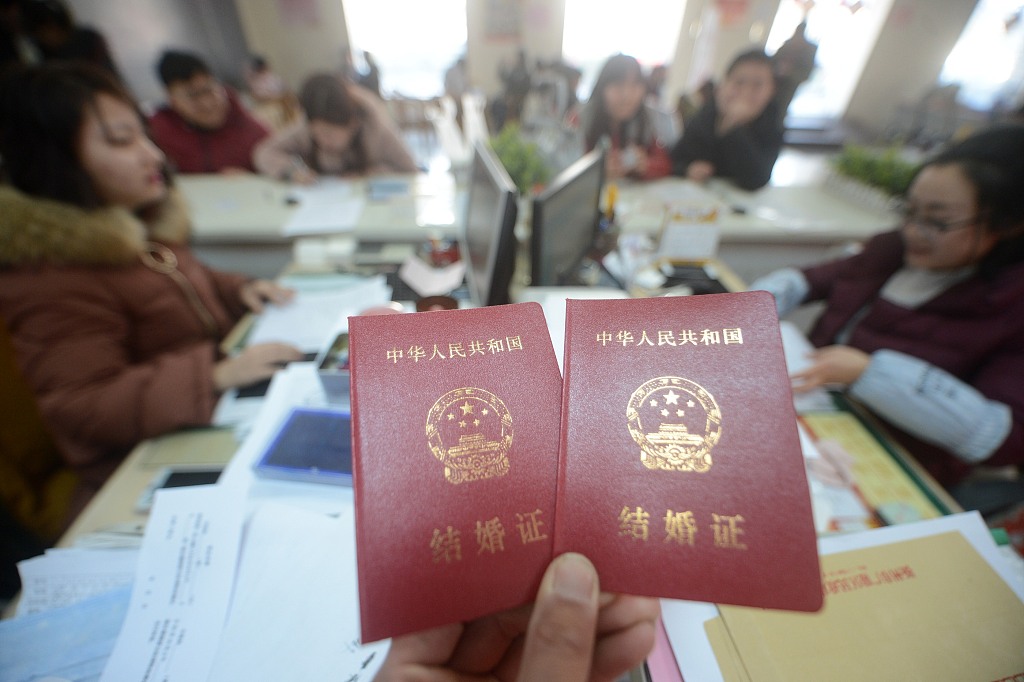 In 2018, China's marriage rate dropped to a decade low at 7.2 percent per 1,000 people, according to statistics from the National Bureau of Statistics and the Ministry of Civil Affairs.

Looking at the differences in marriage rates in various provinces, the more developed regions have lower rates. In 2018, Shanghai had the lowest rate at 4.4 percent per 1,000 people with other regions like Zhejiang, Guangdong, Beijing and Tianjin at the lower end of the list as well.

To explain the new trend, Yuan Xin of Nankai University attributed the new phenomenon to the structural decline in the marriage population. A longer period of education at school, higher housing prices and more fierce competition at work all added to the phenomenon.

The average age of first marriages across the country peaked at 25 to 26 years old nationwide, with the city level at 26 to 27 and country level at 25.

People born between 1989 to 1995 across China choose to get married between the age of 24 and 30. The number of people born in these years was low compared to earlier generations.

One reason is a higher level of education, especially for women. As more and more women choose to pursue a master's or doctor's degree, a delayed marriage age has become increasingly common. More women have career paths they don't want to jeopardize by getting married and having children in their 20s and 30s.

Recently, NPC deputies proposed a change to the Marriage Law in China to lower the legitimate marrying age for men and women to 18. Yuan believes this won't have a consequential effect as people who chose to marry early were still a minority.

More young people are choosing to be single. Many of them say they would rather choose a high-quality single life to a low-quality marriage. 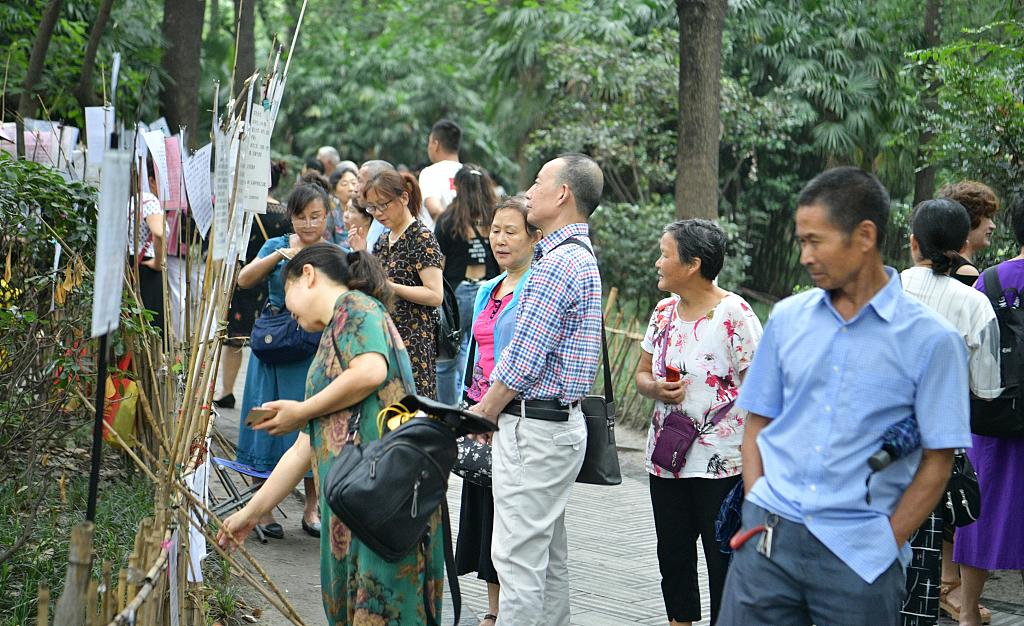 Liu Hao, a 38-year-old man from a wealthy family, owns three apartments in the CBD area of north China's Tianjin, among which two are in school districts.

He's a perfect bachelor in many people's eyes with a stable job at a state-owned enterprise and perfect body, as he goes to the gym every day.

In his eyes, dating a girl sometimes disrupts his daily routine and some conflicts in personality may lead to frequent quarrels. He enjoys his single life.

This is the norm for many young people today, as they are an only child in the family and tend to be individualistic and independent. They tend to live a comfortable and easygoing life without much sacrifice to their freedom.

Raising a family too expensive

The increasing cost of living and children's education constitute another factor for the downward trend in the marriage rate, experts said.

In China's first-tier cities like Beijing and Shanghai, the hukou policy has also become a barrier to marriage for many youngsters.

Thirty-three-year-old Guo Meijie from Beijing was told by her parents that she needed to find a Beijinger for a spouse so that they both could live close to their parents. Guo insists she will maintain this lifestyle even if she gets married.

Money or love? That's not a choice to many young people, and most tend to get both. "Tying the knot" is no longer a necessity for the younger generation. But whether delaying marriage or not getting married at all, society should give more respect to young people and more room to make life choices.