OPINIONS In witness of the Golden Age of Sino-Russian relations

In witness of the Golden Age of Sino-Russian relations 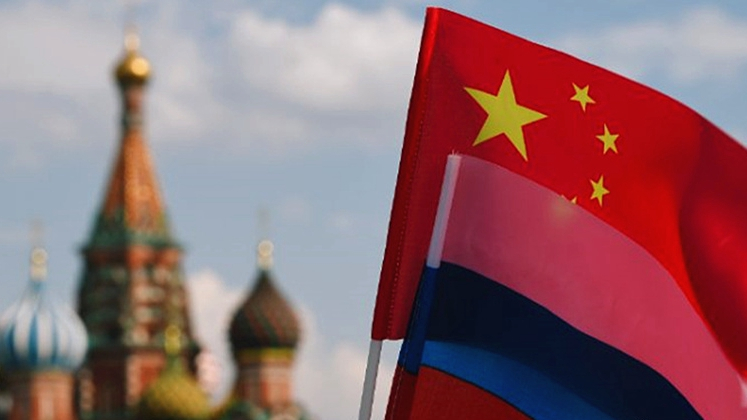 Chinese President Xi Jinping is scheduled to pay a state visit to Russia on Wednesday and attend the St. Petersburg International Economic Forum. This is the eighth time that President Xi has set foot on the land of Russia since 2013.

2019 marks the 70th anniversary of the establishment of diplomatic relations between China and Russia, a milestone in the relations between the two countries. 2019 is also my 10th year as China's ambassador to Russia. Although my 10 years in service only represents one-seventh of the 70-year relationship between the two countries, it has given me the honor to witness many wonderful moments in the "golden age" of Sino-Russian relations.

Among them, the diplomacy between the two heads of state has captured much attention. From President Xi's first state visit to Russia as head of state in March 2013 to Russian President Vladimir Putin's participation in the Second Belt and Road Forum for International Cooperation in April this year, the two have met up to 30 times.

The frequent exchanges between the two heads of state are unique in major-power relations. It not only opens a new chapter in China-Russia head-of-state diplomacy but also elevates the China-Russia relationship to a new height.

As China's ambassador to Russia, I have the privilege of participating in all bilateral visits between President Xi and President Putin and witnessing important moments of China-Russia relations that I will never forget. President Putin was the first foreign head of state to congratulate Xi after the latter was elected the Chinese president in March 2013.

Russia was also the first country that President Xi visited, where a grand welcoming ceremony was held in the Kremlin. It was the first time Russia welcomed Xi with the Honored Cavalry Escort.

During the meeting on that visit, the two heads of state reached an important consensus, translating the high-level political bonds into tangible results. This has become a compass for the long-term healthy and steady development of Sino-Russian relations.

At the Red Square celebration, President Putin reserved his right-hand seat, the one for the most important guest, for President Xi, and the Combined Honor Guard of the People's Liberation Army was arranged to cap off the performance of foreign phalanxes.

The two heads of state demonstrated with actions that China and Russia are resolved to jointly safeguard the fruits of the victory of the Second World War and the post-war international order with the United Nations at its core.

The two heads of state also jointly visited student representatives who survived the earthquake in southwest China's Sichuan Province, as well as the Russian teachers and classmates who once helped the Chinese students at the Ocean All-Russia Children's Care Center in Vladivostok.

Through mutual support and sincere exchanges, the friendship between the two heads of state and between the two peoples has been increasingly enhanced. The two countries have also witnessed deepened strategic coordination and strengthened practical cooperation.

Under the leadership of President Xi and President Putin, the Sino-Russian comprehensive strategic partnership of coordination is thriving, creating a "golden age" of China-Russia relations. It is a privilege for me to witness and contribute to the development of this historic period.

I am convinced that at a new starting point of the 70th anniversary of the establishment of diplomatic relations between China and Russia, this "golden age" will achieve new glory under the leadership of the two heads of state.