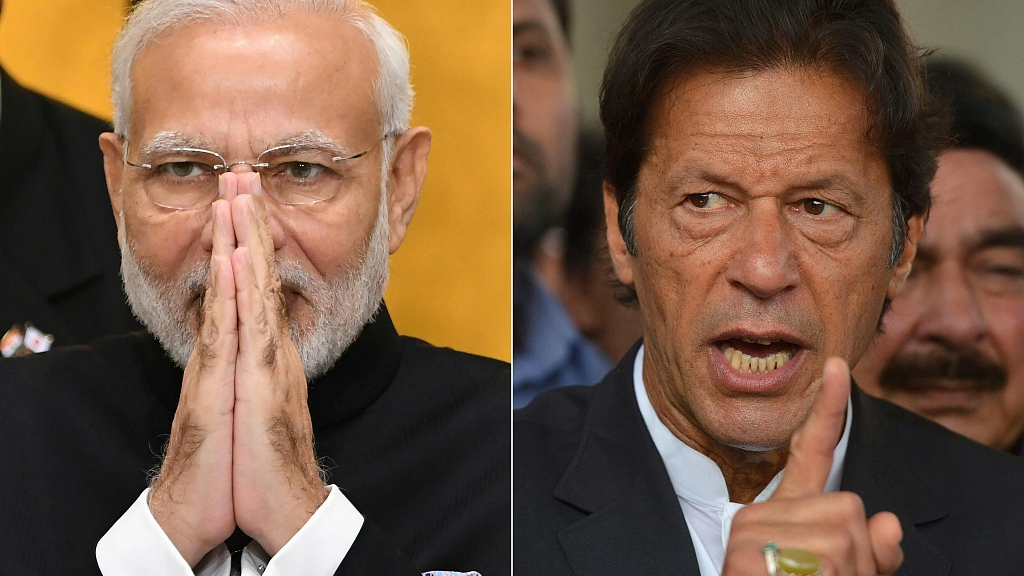 900 million voters, 543 seats, a seven-phase election in 38 days. Welcome to the world's biggest democratic exercise – the Indian general election. From April 11 to May 19, India will vote to choose its next government, with results due on May 23.

The incumbent Prime Minister Narendra Modi, who swept to power in 2014 riding on the slogan of "Sabka Saath SabkaVikas" (development for all) is seeking re-election. His critics question him on a number of issues like jobless economic growth, reduced farmers' income, attacks on minorities and his 2016 decision to demonetize 86 percent of India's cash notes.

However, for his supporters, "nationalism" trumps any grievances. And many political observers say that Modi's party, the ruling BJP, is trying to douse anti-incumbency sentiments by playing the Pakistan card.

"Playing Pakistan card is not new; it's been going on from Indira Gandhi's (ex-Indian PM) time. Politicians on both sides of the border try to influence the public opinion for political gains. But, during this election it has become quite blatant. If national security issues are being used for electoral gains, then it's not good," said Shahid Siddqui, a former Member of Parliament and political analyst, while speaking with CGTN Digital.

The latest escalation of tensions between the two nuclear-armed neighbors seems to have had an impact on Modi's second bid for the country's top job.

Soon after the most dangerous clash between India and Pakistan in decades, Modi's approval rating skyrocketed to 63 percent as of March 7, from 32 percent on January 1, according to India's poll agency C-Voters' State of the Nation Tracker. Congress President Rahul Gandhi, who's seen as Modi's biggest challenger in this election, suffered a steep drop to eight percent from 23 percent over the same period.

However, Siddiqui believes the numbers do not reflect the complete picture. "Voters in democracies are very smart; there are lots of issues that play on the minds of the voters. High approval ratings just after the attacks only signify the atmosphere at that time; it does not guarantee that the voters will vote while only thinking about a particular issue."

But the BJP led by the prime minister himself seems to be taking a hardline-approach toward Pakistan. Modi, while addressing an election rally soon after the tit-for-tat airstrikes, claimed credit for starting a new era where India "will no longer be helpless in the face of terrorism."

A senior BJP leader, B S Yeddyurappa, even went on record to say that "destroying terror hideouts by entering Pakistan has resulted in pro-Modi wave which will help us in winning more than 22 Lok Sabha seats in the state of Karnataka."

During an election rally on Monday, BJP's national president Amit Shah too asked the voters to "choose a prime minister who can give a befitting reply to Pakistan."

BJP's chief minister in the state of Gujarat, Vijay Rupani, accused the opposition in conniving with Pakistan, saying that "if Congress wins the election by mistake, then Diwali will be celebrated in Pakistan because they (Congress) are associated with it."

This continuing blame game over Pakistan has raised concerns across the border. Pakistan's Prime Minister Imran Khan on Monday said that "shadows of war were still hovering over Pakistan and India" as the Modi administration could go for "another misadventure" before the general elections.

"Unfortunately for India, incumbent government led by Hindu-hardline BJP has not been able to fulfill its promise of economic transformation and now, in order to fool the people of India, the BJP is using the old notion of religion. The slogans against Pakistan are a part of campaign rhetoric," Mosharraf Zaidi, a Pakistani political analyst, told CGTN Digital.

Indian government's assertive approach isn't limited to Pakistan alone. In yet another significant move, PM Modi today declared India to be the only fourth country, after China, Russia, and the U.S., to join space "super league" by successfully destroying a low-orbiting satellite in a missile test.

While Modi supporters took to social media to congratulate the prime minister, the opposition raised questions on the timing of the announcement as it comes in the middle of an election campaign.

A senior opposition leader, Mamata Banerjee, tweeted: "Today's announcement is yet another limitless drama and publicity mongering by Modi desperately trying to reap political benefits at the time of election."

National security and Pakistan have for decades been an important poll issue in India's elections. But will a foreign country be a deciding factor in domestic elections? And what repercussions would it have on India's foreign policy in the region and beyond? Watch this space for the answers.