India election: What's next for Modi's party after landslide victory? 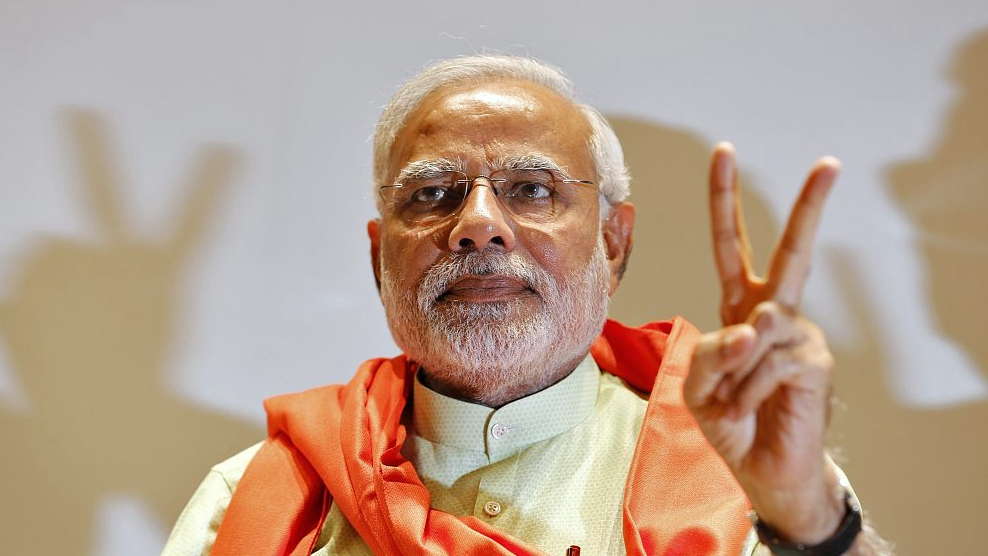 Editor"s Note: Ning Shengnan is an assistant research fellow at the Department for Developing Countries Studies at the China Institute of International Studies. The article reflects the author"s opinion, and not necessarily the views of CGTN.

India has entered a Modi 2.0 era. As the general election results indicate, Modi"s Bharatiya Janata Party (BJP) has won 303 out of 543 seats, more than the 272 seats needed for a majority in the lower house of parliament. With this sweeping victory, Modi and BJP have won another five-year term.

The result is a reaffirmation of Modi"s immense popularity. The prime minister has been successful in casting himself as an uncorrupted and tireless leader that devotes all his life for the nation. Although he has failed in making good on his promise to create millions of new jobs for Indian people, with the unemployment rate standing at a whopping 45-year high of 6.1 percent in 2017-18, many Indians still has faith in their "Modi Ji." Modi"s tough position in the standoff with Pakistan earlier this year has strengthened his strongman image in the campaign.

Economic reforms would speed up

Concerning the new agenda of the Modi government, pushing economic reforms is regarded as the top priority. During the campaign, Modi and his BJP party declared that they would lead India to become a five-trillion-U.S.-dollar economy in the next five years. To achieve this grand goal, a comprehensive economic reform is a must. It is reported that the prime minister has already ordered his ministers to prepare a new roadmap for the first 100 days of his government"s governance.

According to Amitabh Kant, the CEO of Indian government think tank NITI Aayog, spurring private investment and ensuring better credit flow are two of the new government"s important tasks. By undertaking a series of structural reforms, especially the ones in labor market and land acquisition, the new Modi government is set for faster economic growth.

The overwhelming majority BJP enjoys would make it easier for the new government to implement its reform agenda. India is a country that practices parliamentary democracy; hence important structural reforms call for amendments to the existing laws, and the legislation process requires ratification of both Lok Sabha (the lower house of parliament) and Rajya Sabha (the upper house of parliament).

For instance, in the past five years, Modi"s government has taken enormous efforts to free the domestic labor force market, which necessitates altering the rigid labor laws that have been in effect since the colonial times. 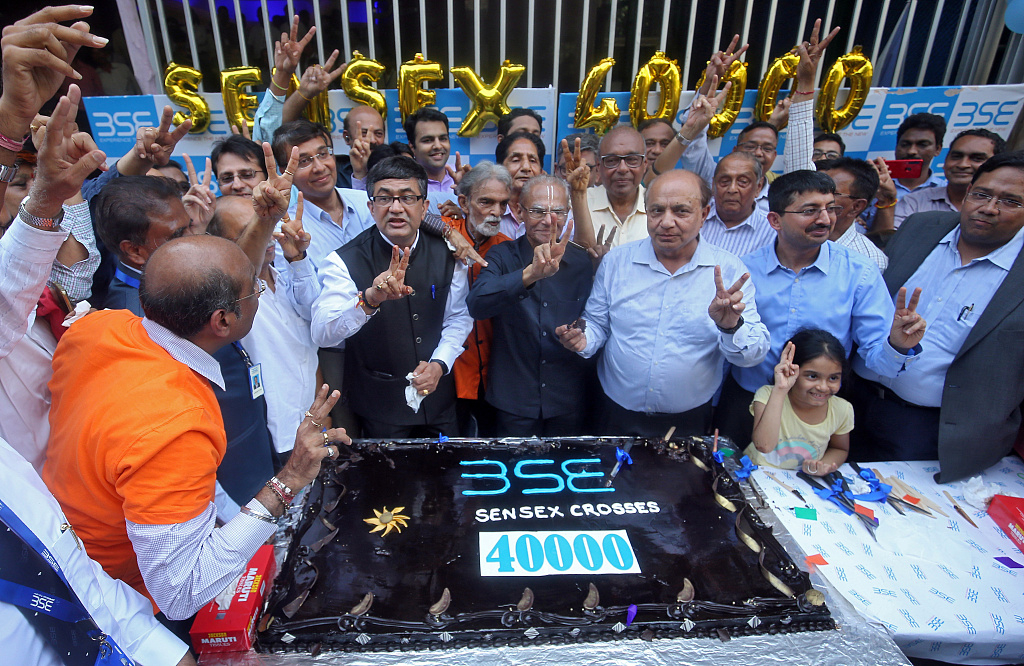 Ashishkumar Chauhan, MD and CEO of the Bombay Stock Exchange (BSE), gestures along with other employees before cutting a cake to celebrate the Sensex index rising to over 40,000, in Mumbai, India, May 23, 2019. (Photo: VCG)

However, given that the National Democratic Alliance (NDA) did not have enough MPs in Rajya Sabha, this amendment was never passed.

Now with the single-party majority, Modi and his BJP will be able to secure the passage of their bills in Lok Sabha. Furthermore, there are great chances that the BJP-led National Democratic Alliance (NDA) would reach Rajya Sabha majority by November 2020. In this scenario, the BJP would gain control in both houses of parliament and ensure speedy passage of the reform bills.

India is one of the most populous countries in the world and has entered the era of youth bulge – half of its population is under the age of 25 and two-thirds are less than 35.

The employment situation of India is far from satisfactory. Its manufacturing sector has long been weak, and its contribution to GDP never exceeds 20 percent.

In 2014, Modi government initiated the "Make in India" project, pledging to turn India into a global manufacturing hub and create employment opportunities for the youth.

However, this program did not deliver the promised outcomes. Modi has been harshly criticized in the election for this issue. Therefore, it is urgent for the new Modi government to create jobs to maintain the support of the youth and to promote India"s long-term development.

An age of change in political structure

This election also signifies the success of BJP. In fact, few foresaw that this party could win such a landslide victory. Before the election, most analysts predicted that the BJP-led NDA might still win a majority, but BJP alone would lose its majority, yet the 303-seat win illustrates BJP"s popularity.

Before the year 2014, India had long been a politically fractious country ruled by coalition governments. No single party could win a majority in elections. As a result, the central governments were very weak in decision-making and policy-implementing. From 1989 to 2014, hung parliaments, regional parties and caste politics were the themes of Indian politics.

The overwhelming victories of BJP in the two elections in 2014 and 2019 mark a dramatic change in India"s political structure. BJP has become the dominant No.1 party across the country.

Nevertheless, since the party"s Hindu nationalism ideology could be very divisive in Indian society, the impact of this political transformation still remains to be seen.