India hurts itself with border belligerence 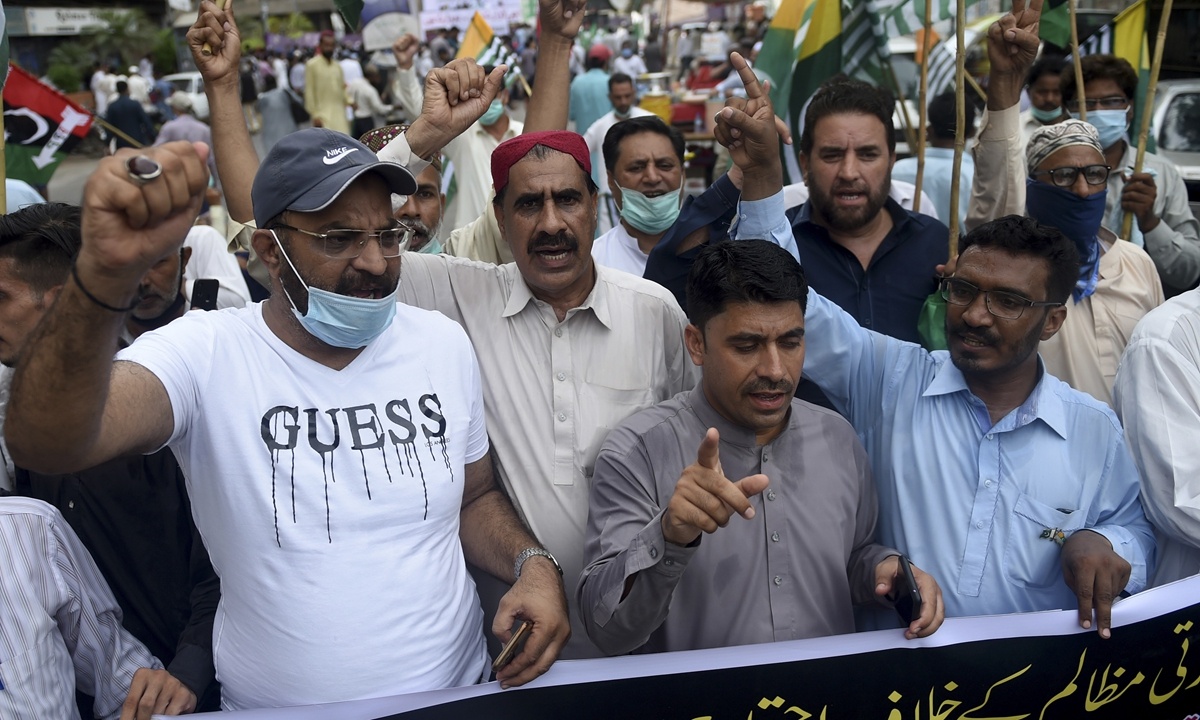 The Pakistani army said on Sunday that one civilian was killed and four others were injured when Indian forces' indiscriminately fired along the Line of Control (LOC) in the disputed Kashmir region, according to media reports. An army statement noted the Indian troops committed "unprovoked ceasefire violations along the LOC, targeting civil population with automatics and mortars in Hotspring and Rakhchikri sectors."

Tensions between India and Pakistan have escalated since 2019. After India revoked Jammu and Kashmir's special status in August 2019, New Delhi has been concerned that Islamabad would infiltrate the regions and that more protests and uprisings may emerge there. Therefore, India has imposed coercive policy in the region. It's not surprising to see India open fire on the civilian population. New Delhi suspects that all Pakistanis in the region are so-called terrorists.

Pakistan has been quite restrained toward India's moves since August 2019. Pakistan is not as strong as India militarily, but the Kashmir issue is crucial to Pakistan. If the Pakistani government doesn't show a hard-line stance toward the disputed territory, it would lose public support. As a result, Pakistan makes tough response to every offensive move by India, and takes countermeasures when necessary.

While conflicts with China have not been effectively eased, why has India remained offensive toward Pakistan? This is mainly because both the Indian military and government have a sense of superiority toward Pakistan. Such a sentiment leads India to take pre-emptive strikes toward its neighbor. Furthermore, rising Hindu nationalism is another factor resulting in India's moves.

Apart from disputes with China and Pakistan, India also has border disputes with other neighboring countries, such as Nepal. The Indian army might boast that it is fully prepared for a two and a half front war - against China, Pakistan and the internal security threats - it's as a matter of fact not capable of meeting such a challenge. A multi-front war is a great challenge for any country.

In a bid to enhance its military capability, India is purchasing advanced weaponry from Russia and Western countries. Meanwhile, New Delhi is trying to win support from the international community, especially Western countries. In recent years, India has moved closer to the US, engaging in increasing military cooperation and signing more military pacts with the US and its allies.

However, these measures will not meet India's expectations in dealing with China and Pakistan at the same time.

If India were to wage massive armed clashes or even war with China and Pakistan simultaneously, no country would likely help India apart from conditionally providing some weaponry.

India's current neighborhood policies, especially the ones concerning China and Pakistan, has plunged the country into an unfavorable situation.

Several factors contribute to its negative relations with China. First, its failure in the China-India border war of 1962 has been seen as a burning shame of Indians. Second, China has a close relationship with India's foe Pakistan. After India revoked Jammu and Kashmir's special status, China called for a discussion on this issue at the United Nations Security Council, which piled pressure on India. Furthermore, China has recently carried out increasing cooperation with South Asian countries. India sees this as China encroaching India's sphere of influence.

For any country that hopes to advance its development, a peaceful and stable environment with its neighbors is essential. India has become a destroyer of regional peace and stability, which has played a negative role in its own advancement, and that of other countries. If India intends to achieve its dream of becoming a great power, it is vital to improve ties with neighboring countries.

The author is secretary-general of South Asia and China Center at Shanghai Institutes for International Studies, a visiting fellow of the Chongyang Institute for Financial Studies, Renmin University of China and a distinguished fellow of the China (Kunming) South Asia & Southeast Asia Institute. opinion@globaltimes.com.cn