India must give up zero-sum mentality, accept China's hydropower project 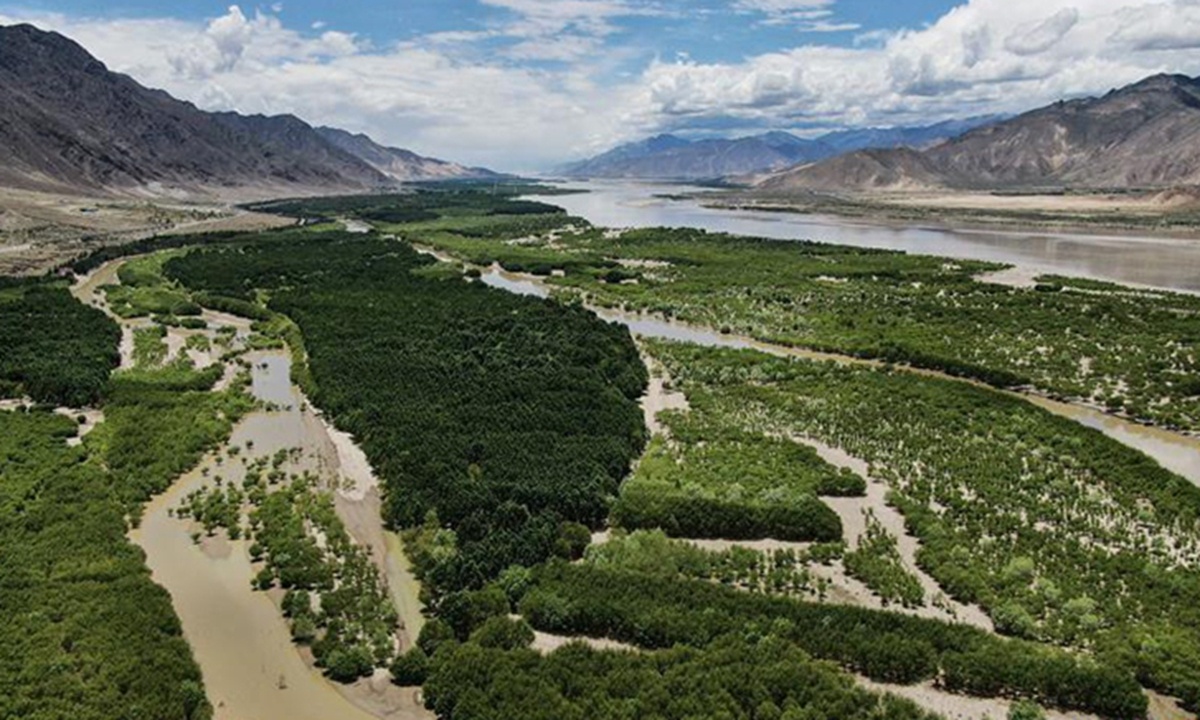 China's plan to build a large hydropower project on the Yarlung Zangbo River has raised concerns in India over "potential political and ecological threats" as the river intersects Southwest China, India and Bangladesh.

Some Indian experts and media outlets have raised concerns that Chinese activities in the upstream regions may impact downstream Indian interests. Some are even concerned that China will use the hydroelectric project as a tool to promote a political strategy in the region, with their border conflict as the backdrop, to potentially restrict India's right to utilize downstream water resources.

On the issue of cross-border water source development, Indian experts and media commentators have been highly vocal. For example, Indian geostrategist Brahma Chellaney has been pushing the issue for many years.

It's clear that India's position contains an inherent double standard. While India has become accustomed to using water resource issues to crack down on downstream countries including Pakistan and Bangladesh, its baseless attacks against China's planned hydro-project represent nothing but "gauging the heart of others with own mean measure."

Under a framework supported by the World Bank and others, India and Pakistan signed a water sharing treaty following protracted negotiations, however there are still disputes between the two sides in the development and utilization of their water resources.

India has consistently used this issue as a hostage against Pakistan, and it is unsurprising that when it comes to China, Indian is acting abnormally. .

The hydropower station is planned to be constructed where it can generate the largest amount of electricity, and is an important project for China to achieve its 2060 carbon neutral goal.

In addition, China also has energy export considerations for building this large hydropower project. High-voltage transmission lines to Nepal are being built up. Once the hydropower project is launched, it will provide much needed energy to boost the development of China's neighboring countries.

Based on estimates, the construction of a large-scale hydroelectric dam has little effect on the water volume for downstream countries.

India's other concerns are based on national defense and security considerations. Some in India believe that should a conflict arise, China would use the dam project to flood downstream Indian cities. In reality, this is purely a geopolitical fantasy.

India has completely misread China's intentions. The development and utilization of cross-border water resources is a sensitive and important issue. China and other neighboring countries have already established friendly and mutually beneficial relationships which have played an important role in alleviating drought in some Southeast Asian countries.

India's hyped-up rhetoric surrounding China's Yarlung Zangbo River hydropower project stem from its zero-sum, adversarial mentality, focused on strategic rivalry at the expense of mutual cooperation and development. It's now time for India to shift such mentality, especially when it comes to building a productive relationship with China.

The author is secretary-general of the Research Center for China-South Asia Cooperation at Shanghai Institutes for International Studies, a visiting fellow of the Chongyang Institute for Financial Studies, Renmin University of China and a distinguished fellow of the China (Kunming) South Asia & Southeast Asia Institute.