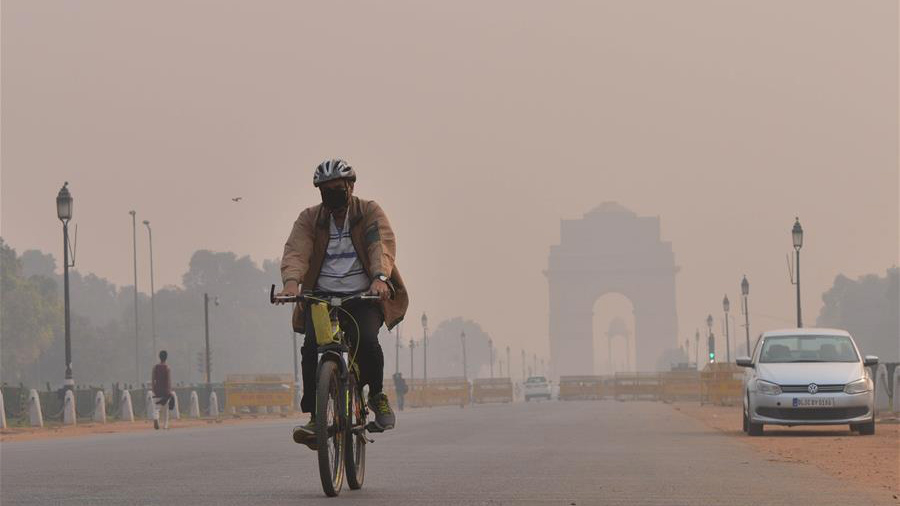 During an open plenary session of the UN Climate Change Conference COP 25 in Madrid, Indian Union Minister for Environment, Forest and Climate Change, Prakash Javadekar trumpeted the Narendra Modi government's achievements on climate action. However, the shocking reality is that New Delhi and other major cities have been suffering from severe air pollution over the last few years during winter. Last month, New Delhi, home to nearly 20 million people, declared a health emergency.

Every year, between November and January, Delhi experiences severe air pollution caused by toxic smog. During the first two weeks of November this year, all schools in New Delhi and its nearby areas were forced to shut down as levels of dangerous fine particles, known as PM2.5, in the air ranged between eight to 16 times the safe limit for humans.

Given this, the Delhi government has taken various measures such as halting construction, diverting flights, distributing face masks, or rationing vehicles on the road according to the odd and even scheme. However, these are just ineffective stopgap measures. In fact, air pollution is no longer just an environmental problem, but has become a serious health issue.

Diseases related to air pollution kill about 1.5 million people a year across the country, according to Lancet Planetary Health. The Financial Times reported that "India has far more people living in heavily polluted areas than neighboring China. At least 140 million people in India are breathing air 10 times or more over the WHO safe limit."

The alarming rise of air pollution in India is a combined result of burning of crop stubble on farmlands on a large scale, the burning of firecrackers during Diwali, high vehicular emissions, unregulated construction, industrial emissions, thermal power plants, and road dust, to list a few.

India is the second largest agricultural economy with year-round crop cultivation producing around 600-800 million tons of agricultural residues every year. Indian farmers are used to burning them in between planting new crops, despite government attempts to restrain this through numerous measures and campaigns, such as converting crop residue into energy.

Although the Indian Supreme Court imposed a ban on firecrackers and fireworks in 2017, tens of thousands of people set off firecrackers, pushing pollution levels to an irreversible danger zone during Diwali celebrations. This year air quality dropped to the season's worst after Diwali in the National Capital Region.

Delhi's pollution crisis is a reminder to India's political leadership. There are enough policies, laws and regulations to alleviate air pollution, but both central and state governments fail to implement them systematically in fear of losing votes. 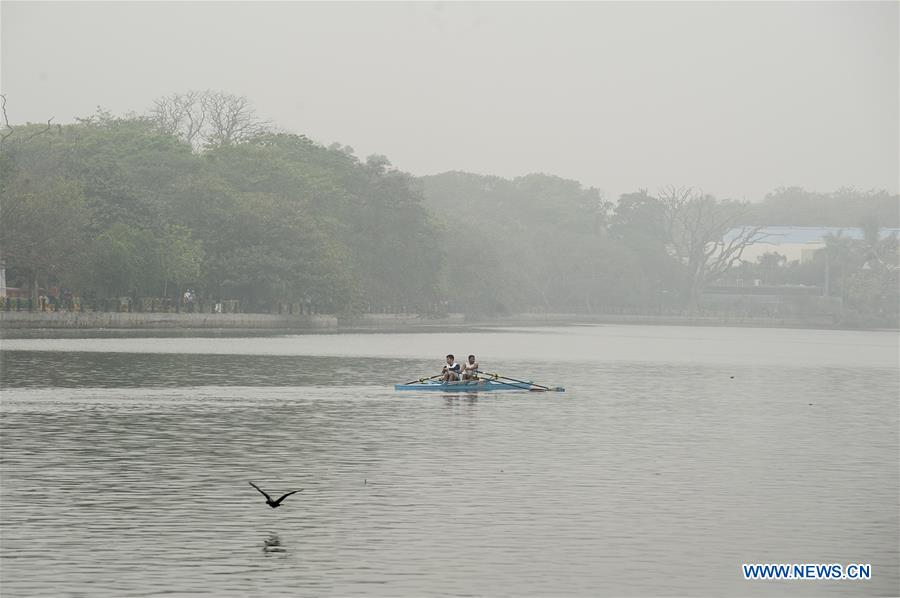 A November editorial in the Economic Times of India quite rightly rebuked the political class' callousness about the environment, saying that "the politics of pollution in India's capital New Delhi are as noxious as [the] city's air."

On December 10, 2015, the National Green Tribunal of India directed and prohibited agricultural residue burning in any part of the National Capital Territory of Delhi, states of Rajasthan, Punjab, Uttar Pradesh and Haryana. Taking lessons from China, the Indian government should provide economic incentives to small-scale farmers so that they can adopt "no-tillage" agriculture, which can not only help reduce air pollution but also improve the productivity of farming land. It is worth mentioning that no-tillage farming has been practiced extensively in northern China since 1980s which is eco-friendly and very remunerative.

Although India's government passed the Air Prevention and Control of Pollution Act in 1981 by empowering state governments to designate air pollution areas, the Central Pollution Control Board grossly overlooks the nation-wide pollution crisis and does not take any level of punishment against the heavy polluters.

Furthermore, most Indian politicians frequently take a lenient attitude towards the small-scale industry, the taxi and cab drivers, three-wheeler or auto rickshaw drivers simply because they constitute important vote banks. Sadly, the country's elected representatives are negligent in taking on issues of air pollution as a sense of urgency.

Though quite late, India launched a five-year National Clean Air Programme (NCAP) to curtail air pollution in January this year with set targets to decrease PM2.5 and PM10 by 20-30 percent with 2017 as the base year. Even after giving credit to the Modi government for this much-needed national program to keep the air quality as per the norms of the WHO, the question remains: will Indian citizens breathe fresh air by 2024? It is not clear why the target of the NCAP is lower in meeting air quality over five years.

It needs to mention that China reduced the annual average concentration of fine particulate matter by 35 percent between 2013 and 2017 in 74 cities, according to a Greenpeace study. China's continued war on air pollution has enabled it to win much praise globally. Since India has been long struggling to control air pollution engulfing the country in the winter months, the NCAP can take some lessons from China's Air Pollution Prevention and Control Action Plan (launched in 2013), which has achieved significant results in its war against air pollution, particularly, in reducing emissions, in renewable energy auctions, in greening the land, and in transitioning to a low carbon economy.

India's political establishment is in need of willpower to reduce the invisible killer through measurable and time-bound actions rather than making political promises of improving air quality without much happening on the ground.