OPINIONS India needs to stop hurting itself and others, return to reason

India needs to stop hurting itself and others, return to reason 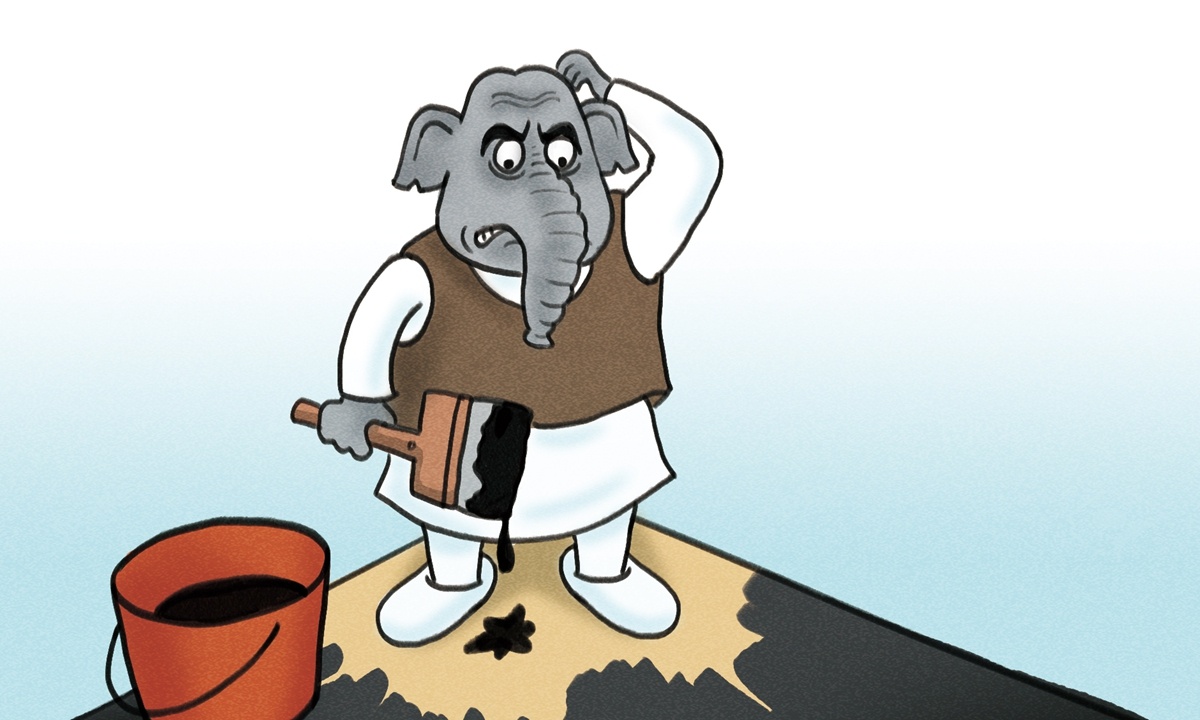 According to Indian media, a joint working group of the Indian Ministry of Home Affairs and Ministry of Commerce and Industry submitted a letter to Prime Minister Narendra Modi's administration. It suggested a new revision to the proposal for the review of foreign direct investment (FDI), and to consider a plan to allow up to 26 percent FDI from countries with which it shares a land border. This would not require government scrutiny for some sectors. The decision on this will be made soon, reports say.

The regulation involves India's neighboring countries, including China. This once again confirms the basic logic that one should "not swim against the tide." It shows that New Delhi, once overwhelmed by nationalism, has begun to turn back from the road of "harming others but not benefiting itself."

After the border row on the China-India border in May, India successively issued a series of restrictive economic measures against China. These included the blocking of customs clearance of Chinese cargo containers in Indian ports, the banning of a large number of Chinese apps, and the suspension of infrastructure projects with Chinese enterprises. India even gave up joining the Regional Comprehensive Economic Partnership (RCEP) in order to protect its national economy. There have been voices in India that the country would not join any trade agreements that included China.

India has irrationally cut bilateral economic and trade relations unilaterally with China through these moves, proactively promoting the de-sinicization of the industrial chain. The retaliatory practice was fermented with the previously hyped up "China threat theory." This escalated anti-China voices among ordinary Indian people, and seriously dampened the confidence of a large number of Chinese investors. It lamentably hindered the momentum of economic and trade cooperation between China and India.

As the world's only two large countries and emerging economies with a population of over 1 billion, the actual benefits brought by China-India economic and trade cooperation to the them are obvious. From 2013 to 2018, China was India's largest trading partner.

The development of the two countries is highly complementary. The trade volume between China and India has grown to nearly $100 billion ($92.68 billion in 2019). Among them, the continuous increase in Chinese investment is recognized as "accelerator" that boosts China-India economic and trade cooperation. It moreover magnifies the confidence of the Chinese business community to speeding up India's high-quality opening up, including simplifying administrative approval procedures.

In 2019, more than 1,000 Chinese enterprises invested about $8 billion in areas such as e-commerce in India's industrial parks. It can be said that in the six years since Modi took office, India has achieved rapid growth in attracting international investment, and has the largest number of FDI projects for many years in a row.

India's adjustment of FDI rules has a direct connection with the COVID-19 and the difficulty of its economic recovery. It is also inseparable from the changes happening in international environment. There are many important indicators that the Indian economy has worsened owing to the country's own structural reasons and the impact of the pandemic, setting the slowest pace of growth in 11 years.

India originally hoped that US and European companies would increase investment in India, but the results have been very limited. However, in order to realize its "National Infrastructure Pipeline," India plans to invest $1.4 trillion in infrastructure over the next five years, focusing on road and railway transportation, energy supplies, and communication facilities. It goes without saying that Chinese companies have amazing advantages in these areas, particularly with logistics, infrastructure and technology.

The Indian historian and strategist Zorawar Singh wrote an article in the Hindustan Times in July calling for India not to "disengage" with the Chinese economy. In his perspective, "brandishing the economic card cannot be indiscriminate and policymakers must be conscious of the repercussions on domestic livelihoods, India's modernization efforts, and geopolitical goals." The Modi government needs to listen more to these rational and objective voices and do more to restore the Chinese investors' confidence. It is still not too late to remedy this situation.

The author is director of the research department at the National Strategy Institute at Tsinghua University.