OPINIONS India not just an onlooker in Korean affairs

India not just an onlooker in Korean affairs 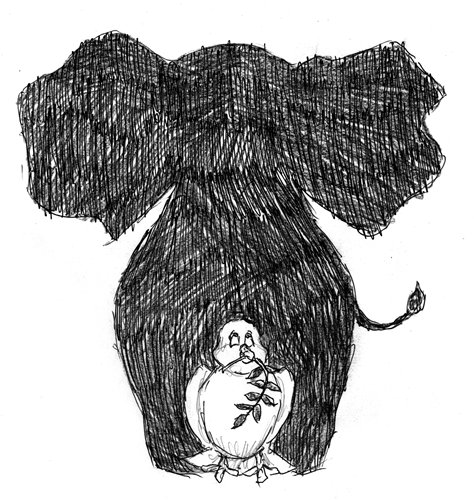 Indian Minister of State for External Affairs V K Singh's visit to North Korea last week is the first by a high-level Indian official in two decades.
There have been few economic and trade exchanges between India and North Korea, and bilateral ties in politics are nothing to write home about either. India has remained inconspicuous over the North Korea nuclear issue during the past two decades. If Singh's visit has something to do with the nuclear issue, what role can India play?
In fact, India has never been a bystander as the Korean Peninsula crisis raged. When the Korean War broke out in 1950, India took part in discussions over resolutions concerning the peninsula, trying to prevent an escalation. New Delhi voted in favor of United Nations resolutions condemning North Korea and supporting the dispatch of UN forces.
India is one of the few big countries that maintain normal diplomatic ties with North Korea. Both countries have their embassies in each other's capitals. The US government asked India last year to shut down its embassy in Pyongyang, but the demand was rejected. Instead, India only adopted some sanctions as per UN resolutions, which showed New Delhi's diplomatic autonomy and independence.
New Delhi is concerned about its own interests. India has been suspicious of cooperation between North Korea and Pakistan on nuclear weapons and missile technologies. It accused Pakistan of trading nuclear weapon technologies for North Korea's relatively advanced missile program, but both countries denied the allegation. During this visit, Singh also expressed security concerns, which were alleviated by Pyongyang.
Pyongyang needs to maintain good relations with New Delhi. North Korea has been isolated in the international community because of its nuclear program. Facing economic hardships, North Korea is eager to break down the isolation and obtain economic aid and political support through multiple channels. India's approach toward North Korea has been relatively soft. Then North Korean foreign minister Ri Su-yong visited India to seek humanitarian aid in April 2015.
During Singh's visit, the two countries agreed to cooperate in multiple fields such as vocational and technical education, agriculture and pharmacy. India is a rising economic power. If North Korea carries out reform and opening-up policies, it would create new opportunities for bilateral economic cooperation.
International agreements reached by a US administration are open to change after a power transition. Exacerbation of the North Korea nuclear issue is directly related to the fact that former US president George W. Bush changed the Clinton administration's policies toward North Korea after taking office. Moreover, American society harbors a deep-rooted hostility against North Korea.
Although both the US and North Korea have shown gestures of reconciliation, even if the administration of Donald Trump guarantees not to seek a regime change in Pyongyang, North Korea would still be uncertain about policies of the US president's successor. Since India often plays the role of an upholder of justice in international politics, it would become a harsh critic of the US if a future White House occupant adopted hostile policies toward North Korea.
In the circumstances, if the Korean Peninsula issue can be resolved peacefully and the armistice agreement transformed into a peace treaty, India will still be able to play a role given its legacy. In order to pursue the status of a great power, India is unwilling to be inconspicuous in major international affairs.
Trump said he might visit India on his way back from a meeting with North Korean leader Kim Jong-un in Singapore. This seems to imply that India will play a certain role in the Korean Peninsula peace process. Singh also indicated India's willingness and capability to do so during his visit.