The Times of India on March 30 published an article saying though India has more schools than China, its quality of school education is far poor than China's. 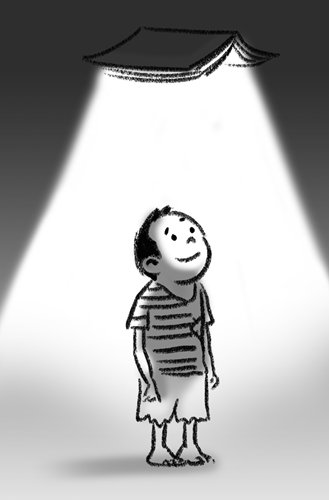 The report quotes a recently completed survey released by the NITI Aayog that despite a population similar in size, India has 1.5 million primary and middle schools, while China has only about 500,000.

Yet nearly 400,000 schools in India have fewer than 50 students each and a maximum of two teachers. The country's primary and secondary education system suffers a shortage of 1 million teachers. The report attributes the poor quality of education in India to the lack of teachers.

According to the data of China's Ministry of Education, in 2016 there were 230,000 primary and junior middle schools and 24,700 senior middle schools and secondary vocational schools in the country, totaling nearly 260,000. Together with universities and colleges, the number can reach the 500,000 mentioned in the Indian newspaper report.

It can be seen that the actual number of primary and secondary schools in China is just about 17 percent of that in India. But China has more teachers than its southern neighbor.

According to UNESCO data, the teacher-to-student ratio in China is roughly 1:23.65, also the global average, whereas India's is 1:35.22.

India does suffer a severe shortage of teachers. This makes it impossible for almost half of fifth-grade students to be able to read second-grade textbooks. Despite of a 97 percent enrolment rate in junior schools, only 30 percent completed the 12th grade. It is related to the extremely uneven distribution of teachers mentioned in the report. There is a severe shortage of teachers at schools in rural and remote areas.

So, what part of India's education lags behind China? Obviously it is the primary education. India has been focusing on higher education since its independence and has ignored the importance of basic education.

There are many reasons - teacher shortage, too many schools in cities, less diverse vocational schools and the underdevelopment of manufacturing. But comparing it with China, we find that primary education in India is not placed in the utmost important position of the central and local governments.

The difference between Chinese and Indian education is not meant to show China as an example for India to emulate. India can draw upon some of China's practices, but it is important to fundamentally change Indians' views on basic education.

Rote learning is even criticized in India, which argues that too much attention is paid to examination scores and nothing is done to hone students' personality and creativity. This is quite similar to what we in China criticize our education system for.

The difference is that China has already had a comprehensive development of both primary and high education systems, even though many people still hold different views on this. They believe that the further reform of the education system should not focus on reducing the burden but to ensure fairness.

Don't forget Indian children who live in rural and far remote areas. For them, the pressing demand is to have classrooms, books, better teachers, and a fair chance to change their life path by studying hard for exams. Improving educational equity is the first step to solving the problem of quality in Indian primary education.