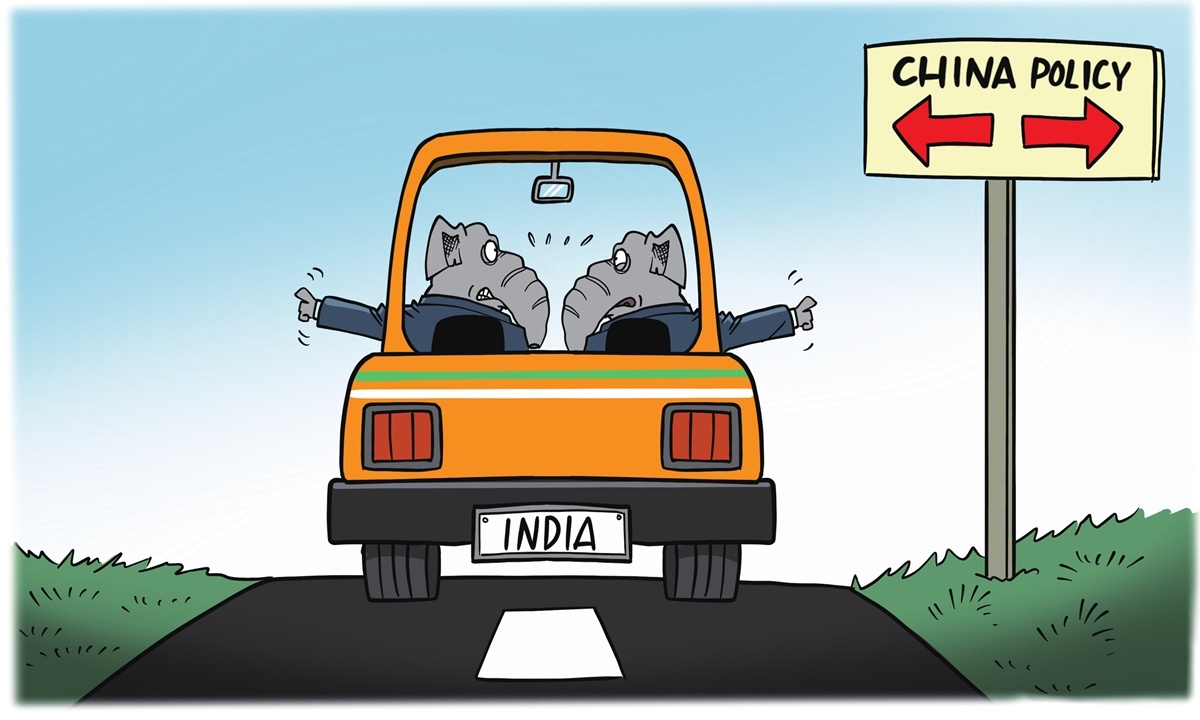 They argued that Modi's foreign policy shows "clear continuities" in key areas compared with the previous United Progressive Alliance (UPA) and National Democratic Alliance (NDA) governments. They even rebuked "efforts by 'experts' to gloss over China's policies, motives and hostility towards India," saying China "is a powerful adversary that has, over decades, sought to undermine Indian interests at every turn."

The open letter shows that Modi is facing high foreign policy pressure. Those who criticize the Indian prime minister are targeting not only the country's overall foreign policy, but also its China policy. The perception of China's prospects is the real source of difference between supporters and critics of Modi's China policy.

Critics believe that China's rise is unstoppable and India should maintain neutrality between China and the US. Supporters think that China's rise can be stopped and the US has not declined. They think India should seek benefits from China-US competition and that considering the ideological differences and geopolitical disputes with China, turning to the US may be a most beneficial choice for India. This will harm China-India relations. But given that China-India relations are already bad, sliding with the US will make India suffer the least loss, those supporters contend.

This open letter, in keeping with the basic tenets of realism in international relations theory and, in particular, traditional Indian Mandala doctrine, is nothing new in itself. A strong neighbor may be a potential enemy. However, what is different between the world today and the Cold War is that the strategic game between major powers in the past had a single front and pattern, but now, national interests and security needs are multi-faceted on multi-fronts.

At the global level, China and the US are major strategic competitors, and India can benefit from this since it is in a favorable strategic position contended by the two countries. But at the regional level, the situation is changing. In South Asia, China is taken as India's major strategic opponent, and New Delhi needs Washington's help balance Beijing's influence.

While India likes to emphasize the China factor and play up the growing presence of the Chinese navy, it is in fact seeking excuses and legitimacy to expand its own naval power. For the foreseeable future, the main obstacle to India's naval dominance in the Indian Ocean region will continue to come from the US and its allies.

There are problems in China-India relations, but this has been caused by the simultaneous rise of the two countries and anxieties over adjusting to current world affairs. Although the open letter targets and regards China as a strategic adversary, New Delhi does not intend to become a full enemy with China.

In the past, the level of globalization was low and the ability of economic interdependence to shape relations between countries was limited. Due to the low level of information technology, countries could easily misunderstand each other's strategic capabilities and intentions. The Cold War between the US and the former Soviet Union was not only related to the close national strength and ideological hostilities between the two countries, but also to the misjudgment of each other's strategic intentions under the circumstance of asymmetrical information. These two factors have changed dramatically today.

On the one hand, the existence of nuclear deterrence and the unique geographical pattern of proximity between China and India have narrowed the range of military options between the two countries. On the other hand, both China and India are big countries in the world with ancient civilization. The strategic stability and national sustainability of China and India, as well as the coexistence of strategic competition and cooperation between major neighboring countries, will be long-term and sustainable. No matter how India reacts to the outside world, a neighbor is unchangeable.