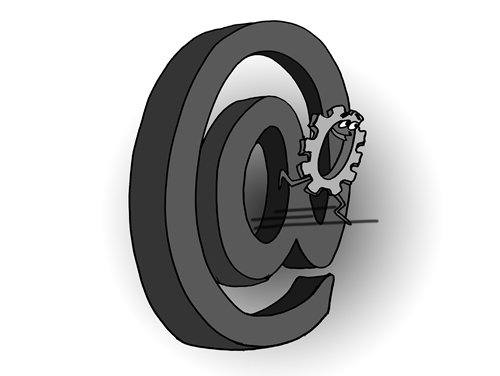 With the development of industrial internet gaining increasing prominence in China's innovation policy framework, which has turned out to be one of the most talked-about topics during this year's two sessions, it is evident that the industrial internet strategy is picking up the baton to push the nation toward becoming an intelligent manufacturing powerhouse.Such a drive could over time catapult the nation, already a major power in terms of massive consumer internet usage, to the level of an industrial heavyweight on a par with and even beyond global majors such as Germany. And it's increasingly believed that the availability of viable operators of industrial internet platforms will be the key to success. In his annual government work report delivered last week at the opening of the legislative session, Premier Li Keqiang said that China will "develop industrial Internet of Things platforms, and create Made in China 2025 demonstration zones," as the country intends to ramp up work to build itself into a leader in manufacturing. This apparently gives the industrial internet strategy extra clout.Industrial internet - referring to the integration of internet-based technologies such as cloud computing and advanced analytics into industrial systems - is intended to equip companies with a technological brain, thereby allowing the country to implement the makeover of the factory sector that lies at the heart of the Made in China 2025 strategy.The implementation of the Made in China 2025 strategy will involve adding the wings of cloud computing, big data and artificial intelligence to the real economy. This means data will play its part throughout the process of manufacturing and it will also shift the focus of the manufacturing sector toward the high-end segment, with personalized and customized products.

Data is supposed to lie at the very heart of intelligent manufacturing, so industrial internet will underpin companies' smart decision-making and drive their digital transformation, allowing for there to be increased efficiency and improved product quality. Figures from the Ministry of Industry and Information Technology (MIIT), the country's industry watchdog, show that intelligent digital transformation of enterprises results in an average increase of more than 30 percent in productivity and a fall of roughly 20 percent in operational costs. It's worth pointing out that the industrial internet strategy had become the country's manufacturing policy focus before making its way into the government work report.The State Council in November unveiled guidelines for the development of industrial internet. Describing it as a cornerstone for the new industrialization that creates a new type of internet infrastructure connecting humans, machines and things, the guidelines laid bare the gap in capabilities between China and developed economies. The country has thrown itself into the industrial internet push, basically in synch with developed economies' foray into this area, and China has made preliminary progress in this regard, bringing forth an array of industrial internet platforms and companies with expertise in the arena. Nonetheless, when it comes to overall capabilities, China still does not stand at the same level as developed economies. Not only is the country heavily reliant on major global firms for core technologies and high-end products, but it is also facing a talent shortage and has yet to put in place sufficient security on the industrial internet front. To ramp up efforts to hone its competitiveness in the field of industrial internet, the government laid down a handful of goals in the guidelines. Additionally, the MIIT announced in February the launch of a work unit specifically for industrial internet by the leading group for enhancing manufacturing prowess.That said, other than efforts to develop core technologies and standards to ensure homegrown industrial internet platforms are technologically advanced and aligned both domestically and across the globe, it would be of even greater significance for the country to cultivate platform operators that might possibly reproduce the success of firms such as Alibaba, Baidu and Tencent in popularizing consumer internet usage.In doing so, China might one day go head-to-head with countries that have established themselves as part of the thinking engine of the global manufacturing sector.