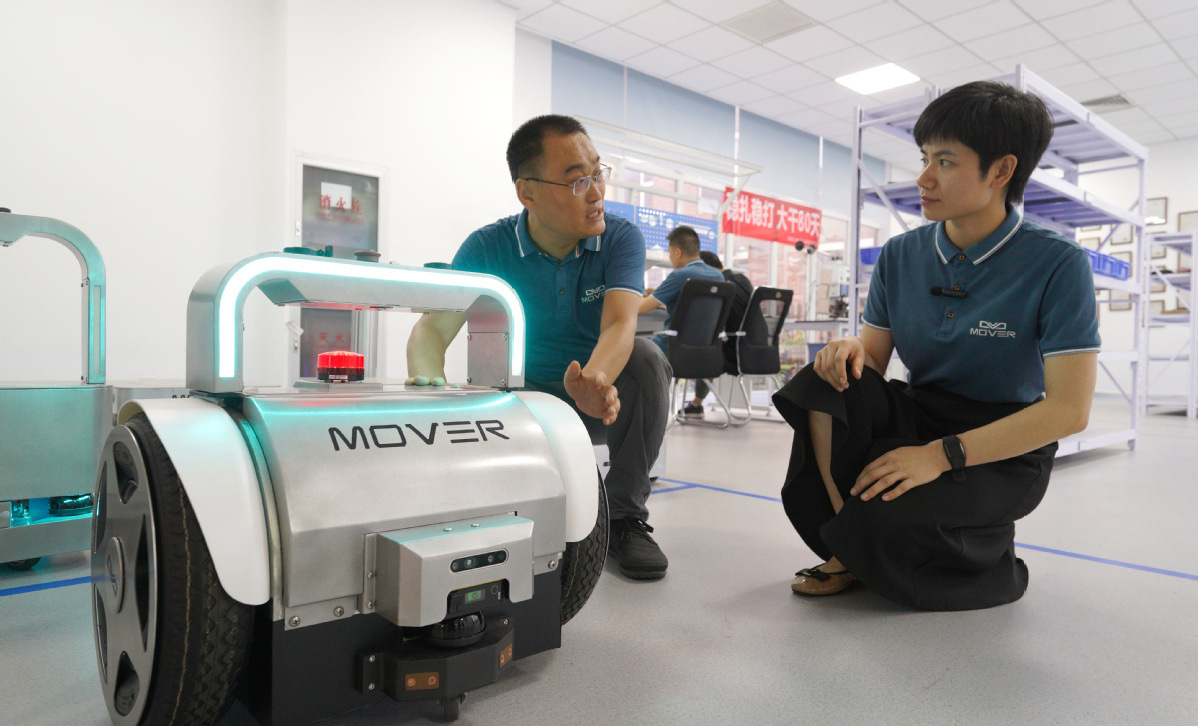 The prosperity of China's robotic industry was in evidence at the 2022 World Robot Conference in Yizhuang district, Beijing, in September, where domestic robot manufacturers showcased to the world their best products, such as medical robots that can help with surgeries. Some robots could even peel quail eggs.

Looking at what's in vogue in recent times gives us a sense of fields where robots could pitch in. Some of them could harvest fruits, taking the load off the workers who have to labor hard to pick apples, oranges, pears or other fruits from trees on a large scale. Robots could even inspect power transmission lines during cold weather, thus ensuring the safety of electricity workers in the winter.

Some of them could even assist firefighters and other rescuers during a disaster helping to protect people's lives and property.

It is not an exaggeration to say robots have entered every aspect of daily life in China. And they are entering more arenas as hundreds of thousands of new robots are manufactured every year.

A summary of official data shows that of 500 primary industrial products, China champions the world in over 40 percent, not surprising given the pace of industrialization in China.

With robots taking the lead, China's industrial capabilities will doubtlessly take a further leap and, in turn, benefit all.