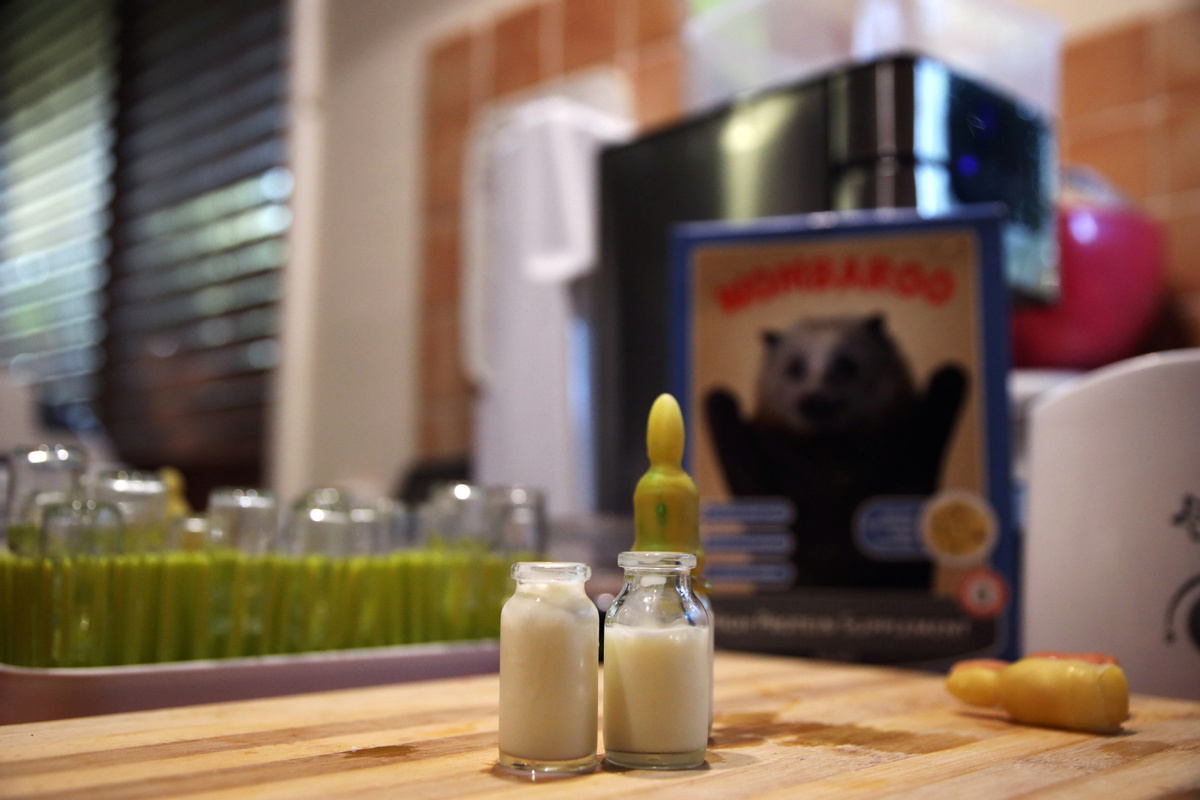 In 2003, the first report in recent memory of "big-headed babies", a popular description for those displaying swollen foreheads due to a form of rickets owing to long-term use of inferior baby formulas prompted an emergency nationwide survey of dairy products.

Five years later, in another blow to the domestic dairy industry, a broader scandal surrounding melamine-contaminated milk and infant formulas resulted in factory closures, prison terms and a devastating credibility crisis for the domestic dairy sector.

So it should come as no surprise that babies with prominent foreheads as a result of a developmental disorder have once again made headlines.

The parents of five children in Chenzhou, Hunan province, alerted the county's market supervision authority that their babies developed swollen heads after being given a milk protein drink that, it turned out, contains few of the nutrients necessary for human growth.

But contradicting reports of the product being recommended by doctors at public hospitals, local authorities assured us no hospital or doctor has been found involved.

Indeed, according to a report by Hunan TV, it seems the parents had all bought the protein powder on the advice of staff at a branch of a popular chain of children's stores who recommended the product as an ideal substitute for regular dairy-based formulas for those infants allergic to milk. The store has acknowledged the drink is hardly nutritious, but says it "does no harm either". And one employee was quoted as saying that the product was clearly labeled as a protein drink and the company did not falsely advertise the product.

Although it has not been revealed how long the babies had been given the drink, all five had a vitamin D deficiency and displayed stunted growth.

It is always good to know the authorities are resolved to respond to sensitive topics of public concern, and that a thorough investigation is being conducted into the incident with the authorities pledging any wrongdoers will receive severe punishments.

But the anxieties raised among parents nationwide by the report shows that the safety of domestic infant formula is still a highly charged issue.

One of the things highlighted by this case — actually in nearly all similar cases — is that local watchdogs failed to respond to the initial concerns of patients. Complaints about the infant formula arose last year, but the local authorities waited until their national-level superiors instructed them to act before doing so.

The frequent repeats of such belated actions on the part of local watchdogs justify questions being asked about how they can better perform their role.