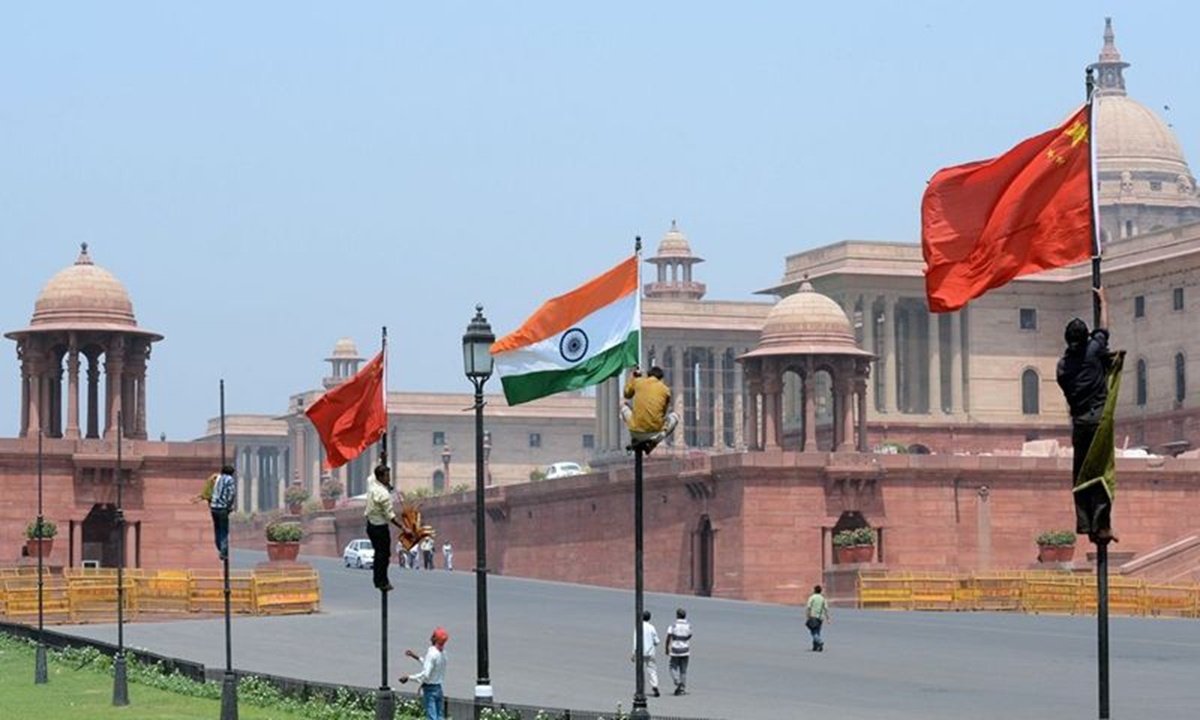 In its latest move of outrageous nationalism against China, an India media outlet published an animation "Modi - The App Hunter," in which Indian Prime Minister Narendra Modi was depicted as a machine-gun shooter slaughtering civilian characters representing popular Chinese apps like WeChat and TikTok.

While many Indians are excessively indulging in the distorted nationalism sentiment in the comment section, some Indian people are seeing the animation as a sarcastic piece, calling it the "economy shooter." An Indian national even asked in retort, "no episode about the minus 23.9 percent GDP?"

Clearly, the rational minds in India are raising their voices of complaint that the Modi government's economic and diplomatic policies are missing the point and keep moving in the wrong direction.

India's top priority should be to stabilize its sagging economy amid raging COVID-19 pandemic rather than to fuel nationalist sentiment toward China by banning Chinese apps that actually creates jobs for Indians.

India's economy has been experiencing a protracted deep recession, with its GDP contracting by a staggering 23.9 percent in the three months to June. The 23.9 percent contraction marks India's worst plunge since it started compiling quarterly GDP data in 1996.

Rating agencies have also been cutting India's GDP forecast for the coming months. The S&P Global Ratings said on Monday that it was expecting India's economy to shrink by 9 percent in the fiscal year ending March 31, 2021, larger than its previous estimate of a 5 percent contraction, as the country reels under the impact of the COVID-19 pandemic.

The World Bank also warned that India is at risk of losing hard-won gains against poverty as the pandemic is pushing millions of Indians back to poverty. In its India Development Update published last month, the World Bank pointed out that between 2011-12 and 2015, poverty in the South Asian country declined from 21.6 percent to 13.4 percent at the international poverty line. However, preliminary analysis following the national COVID-19 lockdown suggests these gains are rapidly eroding.

Behind India's recession are several unusual factors. Chief among them is its poor handling of the COVID-19 pandemic. Despite its national lockdowns, India is still far from containing spread of the coronavirus, with the second-highest number of COVID-19 cases recorded in the world, second only to the US. Because of the spreading pandemic, domestic consumption, private investment and exports have all taken a precipitation, which has become an "unbearable weight" for New Delhi.

Concerns about economic and pandemic conditions are causing some economists and more and more people to express dissatisfaction with Modi's policies. They believe that Modi's ban against more than 200 Chinese apps will not help solve India's current economic problems and China-India border issues. They are realizing that these are just propaganda of the Indian government, and they are increasingly weary of such moves.

After Modi posted a video - featuring him feeding grains to peacocks - recently on his social media feeds, some Indian politicians criticized that Indian people should save their own lives because Modi is so "busy with peacock."

As the coronavirus pandemic has caused devastating losses on the country's economy and public health, more and more Indians have realized that boycotting Chinese apps will not help India change its unfavorable economic situation at home.

As time goes by, more Indian people will become rational regarding China-India relations. The rational people will realize that India's economic problems can't be solved by acting on impulse. Some Indian economists noted that if India wants to develop, resisting China won't help. India can learn a lot from China's experiences.

The author is an associate research fellow at the National Institute of International Strategy under the Chinese Academy of Social Sciences.