OPINIONS Inflation, speculation factors behind global food price rises should not be neglected

Inflation, speculation factors behind global food price rises should not be neglected 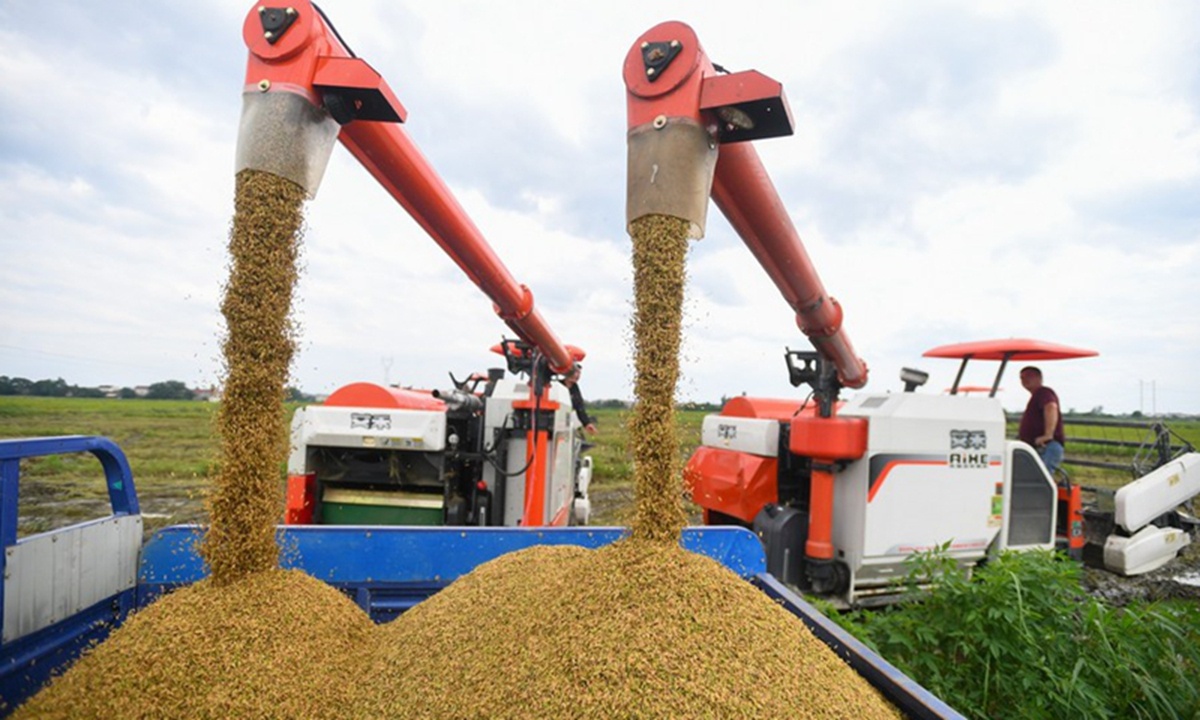 As the rapid surge in global food prices has inflated fears of a food crisis facing some developing countries, it is misleading for the public when some Western media outlets link this challenge to Chinese demand.

According to the latest monthly food price index by the United Nation Food and Agriculture Organization, global food prices rallied for the 12th month in a row in May, up nearly 40 percent year-on-year, media reports said.

In addition to accelerating inflation risks, the rapid increase in food prices may also aggravate food shortages in some developing countries that rely heavily on imports of staple food.

It is against this backdrop that some Western media outlets have recently attributed the food price rises to "China's soaring appetite for grain and soybeans," a severe drought in Brazil and increased global demand for vegetable oil.

While it is true that China is the world's largest importer of food, it is irresponsible and misguided to overstate the impact of Chinese demand on global food prices. If anything, grain purchases from China are not sufficient to sustain such an extended rally in global food prices.

According to customs statistics, China imported 13.18 million tons of grain in April, with the total volume of grain imports reaching 50.79 million tons in the first four months. Among these, China imported large amounts of soybeans and corn from the US under the phase one trade deal. Based on the terms of the phase one deal, China will buy $32 billion worth of agricultural products over two years, and China has been committed to fulfilling its pledges over the past year. However, as soybeans and corn have not had the same impact on international food prices as other crops exert, China's agricultural purchases from the US are unlikely to prop up a surge in global food prices in the long run.

Moreover, with a population of 1.4 billion, China has been particularly vigilant in protecting its domestic food security. When it comes to the supplies of staple food such as rice and wheat, China has been carefully maintaining its own self-sufficiency.

In fact, global demand and supply for grains have remained largely stable, with global grain production set to record a modest rise for the third year in a row. The UN Food and Agriculture Organization recently forecast that the world's grain output will likely set a new record and hit up to 2.82 billion tons this year, up 1.9 percent from 2020.

In this context, the surge in global food prices may have more to do with financial market turbulence. Under the easy money policy by world's central banks, dollar-denominated commodities prices are on the rise these days, and food prices are no exception. On the other side, in the futures market, speculative investors continue to inflate food prices by overplaying the food crisis theory.

It is essential for governments to coordinate on global food supply in the post-pandemic era or there will be more speculation on food prices.