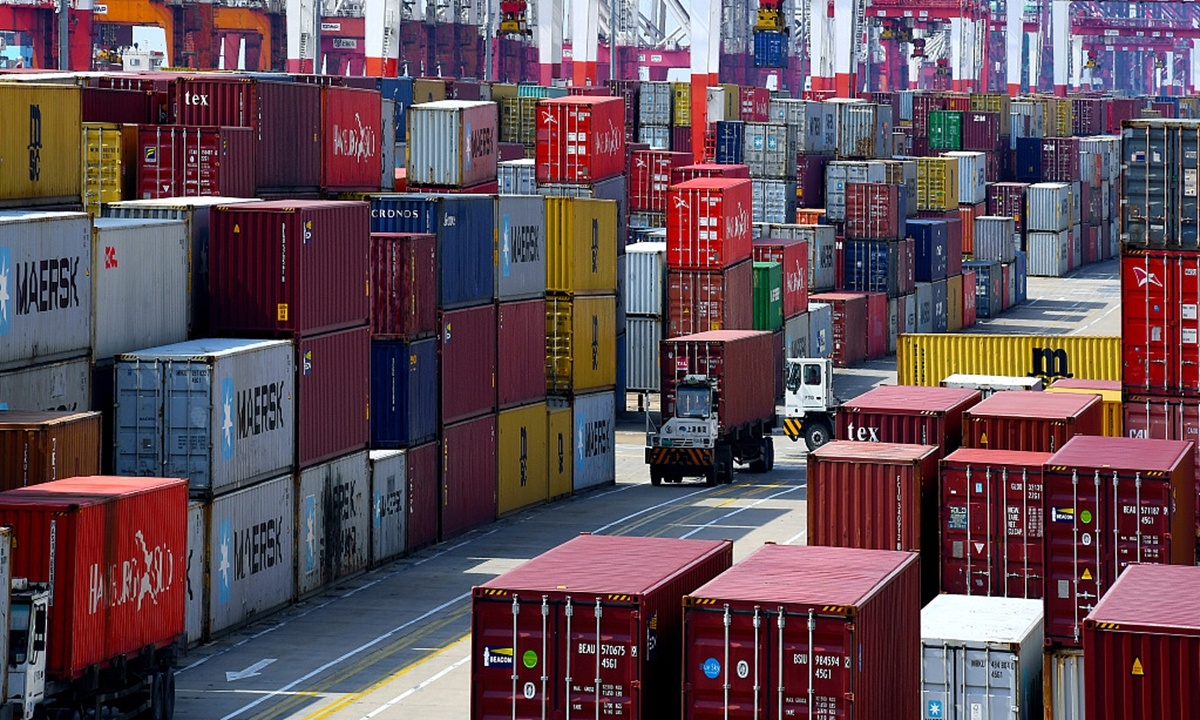 The truth is that China has not only successfully attracted global capital despite the pandemic, but also has accelerated it efforts to open up and promote the multilateral trade system, through which the nation is cementing its own growth and boosting global recovery at the same time.

Latest data from the Ministry of Commerce (MOFCOM) showed that China's trade in the first seven months of 2021 came in at 21.34 trillion yuan ($3.3 trillion), a 10-year high. With a series of economic governance tools in place, China recorded better-than-expected imports and exports, becoming the only major economy to achieve growth in goods trade since the outbreak of the pandemic.

Firstly, the continually improving business environment has led to improved confidence amongst foreign trade entities. While the global economy was hit hard by the pandemic, China swiftly resumed production, and has continued to push forward market-oriented reforms and improve public services.

The optimized business environment has stimulated the private sector. The number of foreign trade firms in China increased 6.2 percent to 531,000 in 2020, among which private firms registered a trading value of 14.98 trillion yuan, up 11.1 percent and accounted for 46.6 percent of the nation's total trade.

Lowering the bar for market access has boosted the development potential of foreign enterprise. Foreign-funded firms recorded a 12.44-trillion-yuan worth of import and exports in 2020, accounting for 38.7 percent of the total figure. In the first seven months of the year, these firms reported a 17.9 percent growth in export.

Moreover, China has been sharing the growing dividend of its unrivalled market and actively boosting import from all over the world. Trade protectionism in the global market has been increasing amid the health crisis, with new hidden barriers emerged in economic and investment sectors as certain countries stretching the national security concept. For instance, investment scrutiny has been heightened up and export bans have become more common.

Under such circumstances, China's market size has become a significant advantage, with its "internal circulation" economic growth approach becoming a vital engine for China's import in its post-epidemic recovery. In the meantime, China, as a major economy in the world, has taken the initiative to share its purchasing power with other countries in the wake of the epidemic. In 2021, the China International Import Expo will be held on schedule, offering a great platform for global firms to expand business in spite of the pandemic.

China's export of medical devices and supplies grew rapidly by 40 percent in 2020. After its domestically developed vaccines being approved by the WHO, the country has been promoting the vaccines as a global public good, exporting to countries in need at relatively lower prices.

Despite the high demand across the world, China has not engaged in profit seeking when it comes to vaccine export; instead, it launched production cooperation with Egypt and other countries that have production capacities to lower their cost of inoculating vaccines.

With the highly transmissible Delta variant accelerating its spread globally, the resumption of international market demand has been obstructed and further dampened global recovery. And the fragile global economic fundamentals have placed pressure on China's trading activities. MOFCOM has recently unveiled the plan for commerce development in the 14th Five Year Plan period from 2021 to 2025, vowing to focus on promotion of innovative development of foreign trade. It will step up efforts to strengthen foreign trade services to build a new platform for development and growth, as well as to shore up its trading competitiveness.

China's ability to lead in foreign trade will be further enhanced and play a greater role in promoting the "return of global trading system to multilateral and openness".

The author is a research fellow at the Chinese Academy of International Trade and Economic Cooperation. bizopinion@globaltimes.com.cn