OPINIONS Instead of punishment, introspection is what is needed

Instead of punishment, introspection is what is needed

On November 21, six officials were removed from office as part of the latest move by the government of Taojiang County in Hunan Province for malpractice in connection with the tuberculosis outbreak at two of the county's schools. The sacked officials include heads of the county's health and family planning bureau, the education bureau, and the disease control and prevention center. The local government suggested that the county's education work commission fire the principal of the No.4 Middle School.

The first TB case was discovered in July 2016, while the epidemic was reported in August 2017. The TB emergency handling mechanism failed to function in one year. In the whole process, students were consistently diagnosed with the infectious disease, while no alert was issued, no warning was given, no report was filed. Instead of isolating infected students, they were allowed to continue in the same classroom with all the healthy students.

On November 20, another TB outbreak struck a vocational school in Taojiang, and eight cases were confirmed. It takes more than one cold day for the river to freeze three feet deep. On the sidelines of providing sound treatment, a new round of examinations should be done on a larger scale. The infection should be discovered, diagnosed and treated as soon as possible.

After the truth was made public, the investigation and accountability mechanism were launched. But punishment is far from the end. Following such a major public health incident, several questions must be asked. What leads to an outbreak? Where are the weak links in the mechanism between schools and the health authority in TB prevention, response and handling? What lessons should we learn to prevent the recurrence of similar incidents? 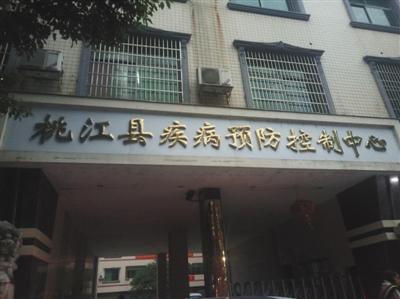 Media said it was the "delay" and "concealing" that hindered the best treatment opportunity.

For education and health authorities, there is a TB response mechanism and laws and rules to follow. Although the Taojiang TB incident revealed such problems at the basic level, inefficient implementation and the lack of experience in major incident handling was behind the poor response. Concealing or delaying may be out of fear of causing panic, or simply being worried about the enrollment rate and imperfect image of the region. But standing in front of the scale between students' health, government's performance and enrollment rate, the school authorities and local government chose wrong. 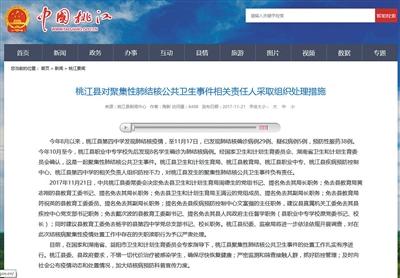 Screenshot of the official announcement made by Taojiang County Government

Epidemics are horrible, but they are preventable, controllable and curable. What we should fear is nonfeasance and indifference. After the incident, the concept of "life is supreme" should be strengthened in handling such incidents as well as further improve epidemic prevention on the basic level.

After undergoing SARS and bird flu during the past years, the importance of openness and transparency should be applied more than ever. "Concealing" and "delaying" will not solve the problem but will make it worse.