Chinese investors in the A-share market have had a rough time lately. The Shanghai Composite Index has seen drops below 3,000 points and it is constantly touching new lows. 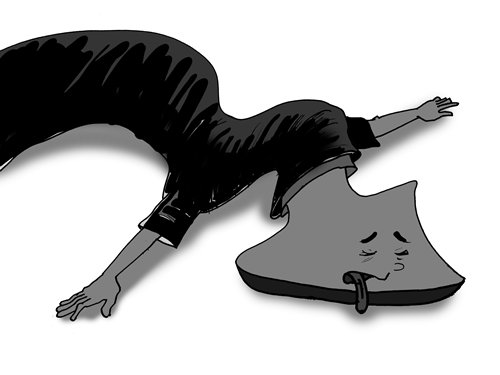 On July 16, the National Bureau of Statistics released economic figures that showed good momentum for growth in the first half of this year. The GDP growth rate was stable at 6.8 percent year-on-year. Total trade value increased 7.9 percent. So China's economic performance was better than expected, despite trade tensions.

However, it seems that the positive economic data failed to pump up the stock market. Why? To answer that question, one should look at the internal and external risks faced by the stock market on the Chinese mainland.

First and foremost, the market has experienced an exogenous shock from Sino-US trade friction, which has eroded confidence in the A-share market. A significant amount of capital has fled the market due to pessimism over the performance of Chinese companies. Many of these companies have a high dependency on foreign markets at both ends of their production chain - the raw material suppliers and the ultimate consumers are both outside China.

The US is one of China's major trade partners. Its move to impose additional 25 percent tariffs on $34 billion worth of Chinese products will add costs for Chinese manufacturers. Since the future of the trade dispute is still uncertain, Chinese companies - especially exporters - will have to seek alternative markets. Finding new markets will take time, as will absorbing the negative impact of trade friction. Against this backdrop, it is difficult for the market to regain confidence in the short term.

The other external risk stems from the US stock market, since a strong correlation can be drawn between the US and the mainland stock markets. The US bull market has lasted for more than nine years. Bubbles have been created, especially in the technology sector.

Amazon's stock price has soared above $1,800. Alibaba, the Chinese multinational e-commerce giant that listed on the NYSE in 2014, has doubled its share price within the 18 months.

Also, the internal risks to the mainland stock market cannot be overlooked. The country is simultaneously pursuing capacity cuts along with industrial transformation and upgrading. Though the momentum for an economic transition remains and the fundamentals of the economy stay steady, cutting overcapacity to an extent puts the domestic economy under pressure. This is a must-have experience over the long term, but its impact on the stock market results in woes about A shares' internal risks.

The A-share stock market has dropped into bear territory and it lacks the necessary conditions to rebound. It will need time to climb back up, based on experience.

In order for the A-share market to be rejuvenated, more capital is needed. On the one hand, China will have to continue capital market reform and accelerate its opening-up.

Better investment options such as profitable high-technology companies are needed to attract money flows into the stock market.

On the other hand, most investors in China's stock market are retail investors, who need some investment education. Their short-term speculative behavior and irrational investment can only make the market more volatile.

Getting more institutional investors in the market will gradually shift the weight away from speculation and toward long-term value investing, as well as provide more options for pension funds. This can generate a slow return to a bull market for A shares.