OPINIONS Inter-Korean engagement good for all

Inter-Korean engagement good for all 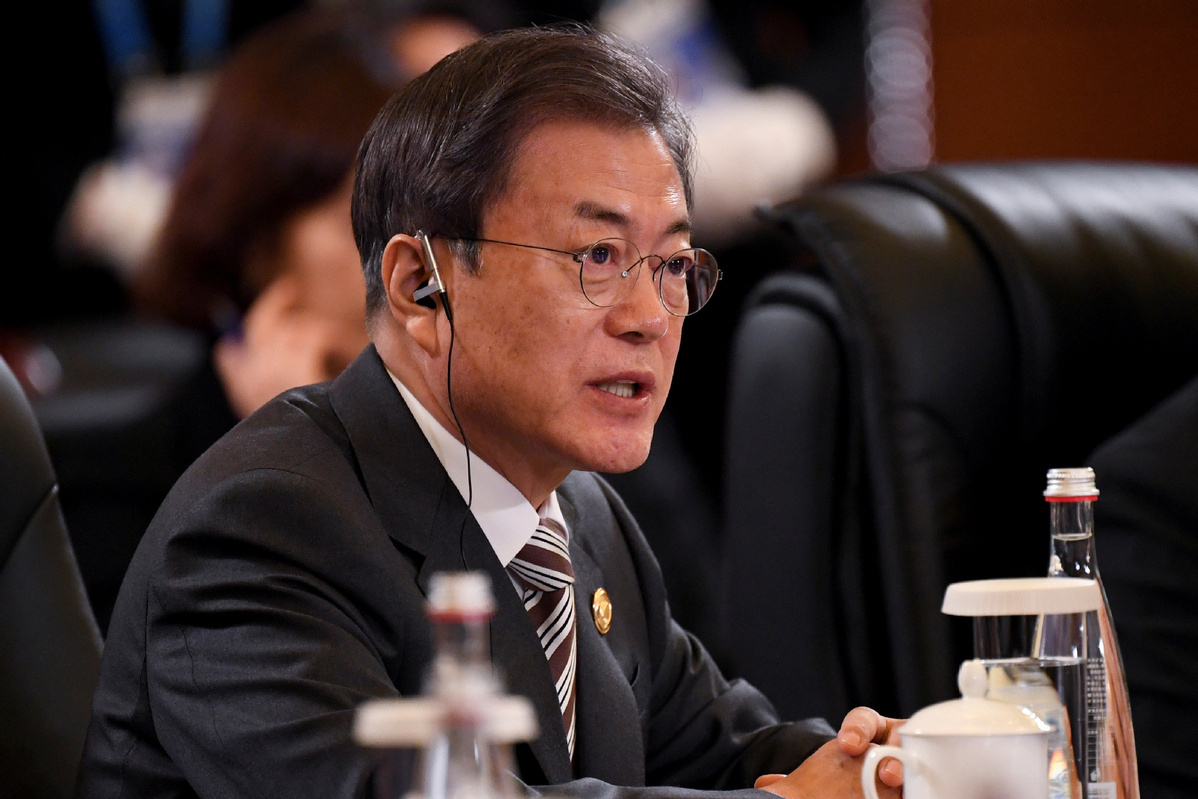 The President of the Republic of Korea (ROK) Moon Jae-in speaks at the 8th trilateral leaders' meeting between China, ROK and Japan in Chengdu, Southwest China's Sichuan province on Dec 24, 2019. (Photo: Agencies)

Republic of Korea President Moon Jae-in made it clear in his New Year address on Tuesday that he will promote continued engagement across the 38th Parallel and make concerted efforts to create the necessary conditions for the top leader of the Democratic People's Republic of Korea to visit Seoul.

President Moon's overtures offer a precious glimmer of hope that the momentum to resolve the Korean Peninsula issues can be maintained. Despite the White House hyping an irresistible rapport between the leaders of the United States and the DPRK, its tangible signs have proved to be little more than stage-managed steps into the history books for the US president, and consequently the engagement between the two sides has foundered on the rocks of Washington's seemingly immovable sanctions.

Perhaps there is too much going on for the occupant of the White House to focus his attention on sustaining the nascent rapprochement between the two countries, which, now marked by bickering, seems to be on an inexorable slide toward breaking point.

But allowing the hard-earned progress that was made become merely a circuitous journey back to the exchanging of taunts that heralded its beginning would be more than just regrettable.

Both sides seem aware of that, for despite its threat to restart its nuclear and missile programs, the DPRK has refrained from delivering the "Christmas gift" to the US it promised. Likewise, although Washington sent a veiled threat to Pyongyang warning against any provocative move, the US leader has displayed obvious willingness to keep the engagement at least on the back burner by expressing good personal feelings.

While the US leader has kept coping with the ramifications of his decision to prove he is the rocket man, as well as others that have come back to haunt him, the DPRK top leader should not miss the invaluable opportunity presented to him by President Moon.

Moon's mention of a "desperate need" for practical ways to improve ties with Pyongyang should not be a one-sided feeling. While it is questionable how far the inter-Korean engagement can go, there can be no doubting Moon's genuine wish for closer inter-Korean ties.

He invited DPRK top leader Kim Jong-un to Seoul and reminded him of their agreement to make a joint bid for the 2032 Summer Olympics. He also proposed restarting the suspended Kaesong Industrial Complex and tours to Mount Kumgang, as well as joint efforts to turn the Demilitarized Zone into a UNESCO recognized heritage site, and get the planned inter-Korean railway up and running.

Inter-Korean rapprochement would be a shot in the arm for the languishing denuclearization process, and it is to be hoped that Washington will recognize that and not try to nip it in the bud.