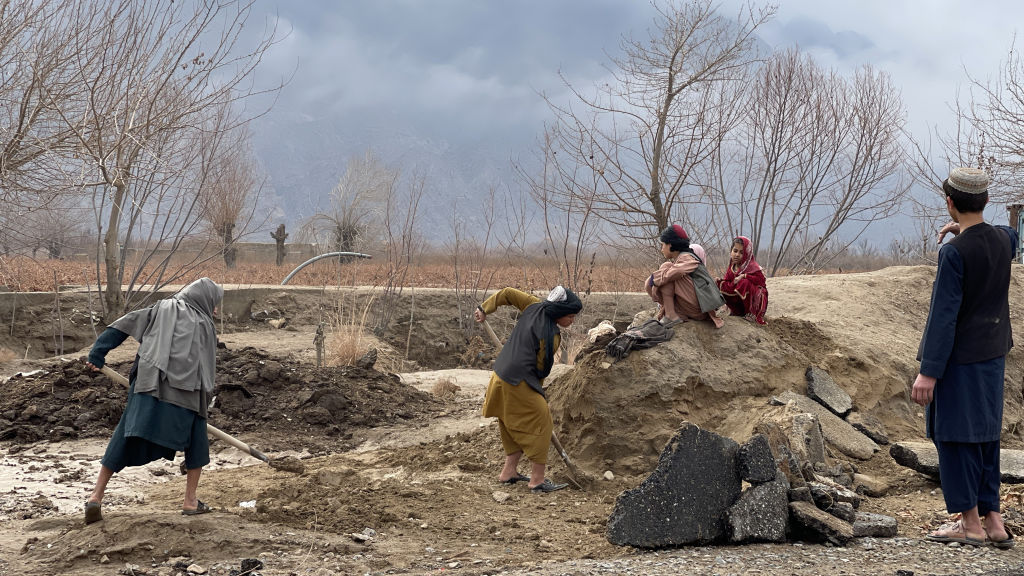 Editor's note: Ajmal Shams is the vice president of the Afghanistan Social Democratic Party. He served as a deputy minister at the Ministry of Urban Development and Housing in the former government of Afghanistan. The article reflects the author's opinions and not necessarily the views of CGTN.

Since the collapse of Afghan government in August 2021, the country has been going through one of its worst economic and financial crises. As per the United Nations, more than 90 percent of the population is already living under the poverty line after hundreds and thousands lost their jobs and access to economic opportunities amid the government's collapse. Being an aid-dependent economy, international aid flow acted as lifeblood for the country. With stoppage of foreign aid, the economy has been in free fall.

It will be up to historians to make judgement on the events that led to the fall of the government. The international community invested billions of dollars in the country's civil and military institutions. Yet, it took less than two weeks for the entire security machinery to collapse with little or no resistance. Many Afghans had never imagined that the government that boasted of being in control will crumble in a matter of days.

Shortly before the collapse, former president Ashraf Ghani had vowed to hand over power only to another elected government. Rhetoric is common for politicians. But doing so without addressing the weaknesses is a risk not worth taking when a nation's destiny is at stake. What unfolded in Afghanistan recently may not have been Ghani's intention, but the way he dealt with the situation was definitely to blame.

The U.S.-Taliban agreement of 2020, with all its shortcomings, offered a golden opportunity for a political settlement after four decades of bloody conflict. Unfortunately, neither the Afghan government nor the Taliban was genuinely interested in a political settlement. Doing so would have required compromises and power-sharing arrangements. Both parties wanted absolute monopoly of power, which was technically not possible for peace settlement.

The 2020 peace agreement was not perfect, but it did open a window for intra-Afghan dialogue, which was not availed as Afghan government feared losing power and the Taliban hoped for a military take-over drawing on its rapid territorial advances and gradual deterioration of Afghanistan National Defense and Security Forces (ANDSF). 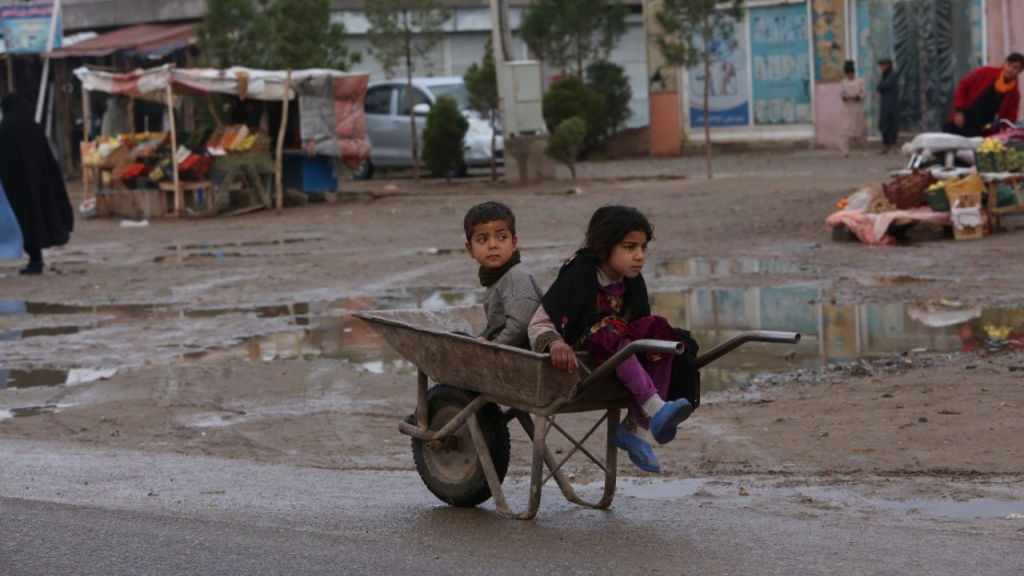 Afghan children are seen during daily life in Herat, Afghanistan on January 3, 2022. /Getty

The U.S. had built regional and international consensus for the agreement. All major countries in the region including China, Russia, Pakistan and Turkey were on board while Qatar played a key role by facilitating the peace dialogue and later the intra-Afghan negotiations. By the end of the day, the Afghan leadership proved the whole world wrong as they chose war over peace and pushed their country toward an uncertain future.

With the government collapse on August 15, 2021, the country has plunged into a new security environment with ISIS-K emerging as major threat for Afghanistan. Hundreds of thousands of Afghans have been leaving the country with some fearing for their lives because of the Taliban being in power while others forced by economic hardships. In a country with about 40 million population, the maximum that can possibly leave and settle abroad would be a million at most.

Being an aid-dependent country, the government is unable to pay salaries of its public servants not to speak of delivering basic services like health and education. Most international assistance has been cut off and private sector activities have been disrupted. Businesses have shut down. Foreign investment has disappeared. Banking sector has virtually collapsed as commercial banks are unable to pay cash to its customers.

What does all this mean? An economic meltdown that is fast leading to a humanitarian catastrophe if urgent international assistance is not delivered. The country has limited domestic revenues that are hardly sufficient even to pay the daily government expenses. Sources of public revenues are limited. Past governments have done little for expanding domestic revenue basis and the country never managed to get out of the aid-dependency.

The UN has emerged to be a major player for channeling international humanitarian assistance to Afghan communities. With past history of extremely high administrative costs for its relief efforts, the UN must increase its footprint of local staff replacing international staff with much higher compensation packages to cut down on costs.

It is a moral obligation of the international community to help Afghanistan out. Not doing so is not only a human catastrophe but also runs the risk of Afghanistan soon descending into a breeding ground for international terrorism and organized crime threatening the security of the region and beyond.