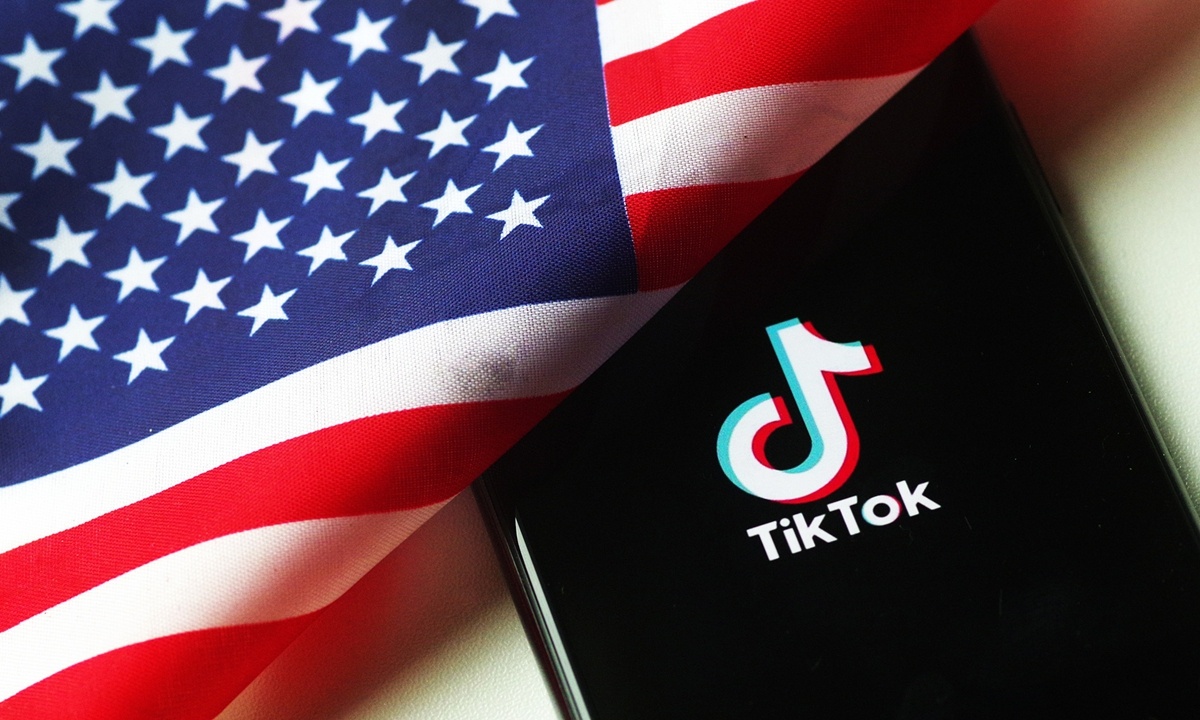 US' highway robbery of TikTok completely violates market principles and the spirit of the rule of law. It is a distorted hegemonic behavior under the forced intervention of the US government. What's more, it is a pernicious precedent and a potential threat to multinational companies around the world. The international community should not tolerate this and let Washington get the impression that it can do whatever it wants with any multinational corporation because countries would echo it for their own national interests when the world is divided.

The Trump administration is acting entirely in US interests, and even partly out of the self-interest of the ruling party, who simply does not allow a foreign company capable of challenging the competitiveness of its US counterparts.

The US did so in defiance of business rules partly because they thought that labeling TikTok as "providing private US information to the Chinese government" would dress up the seizure of the Chinese company as a "battle over national security and even ideology" that would make the West world happy to see the results.

Washington is utilizing the selfishness that is understandable in the US society, as well as the prejudice against China in the Western world. It is an act of bullying and showing-off, giving another privilege to the US hegemony to devour competitive state-owned companies at will. If it succeeds, the global technological landscape will be solidified and foreign high-tech companies will continue to be sacrificed to US hegemony.

The international community, especially other Western major powers, should maintain their basic long-term view. They should see clearly that the US plundering of TikTok is by no means an ideological battle, but a slaughter targeting China's technological and economic competitiveness. People should not be fooled by Washington or short-term interests and prejudices.

Starting with the global siege of Huawei, Washington has been stigmatizing Chinese high-tech companies and trying to convince the world that these companies are the Chinese government's informants. However, they do not have any evidence. Again and again, they have instigated public opinion, but insiders and most leaders worldwide know that this is Washington's bluff for political purposes. Therefore, many Western countries have adopted a wait-and-see attitude on Huawei.

What is difficult to understand is why it is so difficult to tell the truth in the Western world? This time, the US is obviously hunting TikTok. This concerns the long-term business environment of most Western companies. Why have those so-called clear-headed Western people remained silent, and turned a blind eye to the US' evildoing?

The Trump administration has not only created room for confrontation with China; it is also a traitor to the collective interests of the West. This US government has ignored the rules, and its "America First" policy has turned into unscrupulous plundering, constantly creating more uncertainty.

It should be noted that the era we are in has not been suitable for major power confrontation and should not be dominated by ideological differences. Conflicts between China and the West have been exaggerated, while the "China threat" is to a great extent a hoax forged by the US. China hasn't fought a war in many years. Its contradictions with neighboring countries are mainly about territory, which are problems left over by history. China is the only big country that still hasn't realized reunification. In the meantime, it is troubled by territorial disputes. All this is a reflection of China's gentle national characteristics.

China persists in defending the rights and interests of Chinese companies. This is a struggle that favors ordinary Western countries. Unlike US internet giants that arrogantly swipe the world, Huawei and TikTok have kept a low profile in cooperation with other countries. Saying that TikTok imposes a bigger threat to countries' national interests than Facebook and Twitter makes fools of people around the world.

We understand that deterred by the threat of US hegemony, many countries dare not stand out to speak for TikTok. What we want to say is that the fate of TikTok is by no means unrelated to other country's ambitious companies. They are closely linked. From this perspective, morality and justice should not be let down so as to make the world home to more fairness.