OPINIONS Iran in gunsight: US sanctions could have catastrophic consequences

Iran in gunsight: US sanctions could have catastrophic consequences 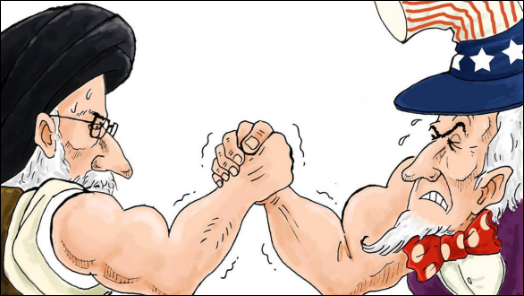 The United States is leaving diplomacy in the dust by re-imposing sanctions on Iran without considering the global consequences and concerns, after President Donald Trump’s pulled out in May from the 2015 nuclear deal.

Amid all the fire and fury that Trump has threatened via Twitter, the unilateral move is designed to hit Iran's metals and minerals trade worldwide as the US is also imposing secondary sanctions, involving penalties for countries trading these products with Iran.

The first batch of sanctions will target Iran’s car industry, followed in early November by the second wave of measures on energy and financial industries – targeting Iran’s oil exports, ports and shipping sectors, and financial transactions.

The Trump administration officials have shown little willingness to grant exemptions to companies or waive the sanctions. They even plan to punish firms who try to sell products to Iran from outside – at a time when demand for oil is sharper, global production continues to lag behind, and many nations struggle to maintain access to adequate energy supplies or move on to something beyond oil.

The US is using sanctions and trade wars to curb the oil exports and trade ties of its foes beyond the bounds of international morality and law. In the case of Iran, it is wielding the oil weapon against one of the world’s leading producers. These counterproductive efforts, which lack legal justification and international support, might have a serious impact on Iran and its economy, but they are likely to have a far greater impact on world output and economy, reflecting that in America’s pursuit of its strategic interests, anything goes – even global energy security and international cooperation.

That Washington is prepared to move in this direction reflects a sense that energy, at this time of globalization and multilateralism, constitutes a strategic asset of unparalleled importance. To control oil flows across the planet, especially from the Persian Gulf, and deny market access to a recalcitrant producer is increasingly a major objective of Trump’s foreign policy.

It remains an open question whether the oil weapon will prove any more satisfactory in offering a strategic advantage to Trump and his supporters. As with any application of force, however, the use of oil weapon against Iran will fail to a great extent. This is because Iran has been there before and because it entails global risks.

The European Union, which has voiced discontent over the US jumping ship, remains dependent on oil imports from the Middle East for the foreseeable future and will suffer if regional countries were to drop output or deny their exports. The oil war with Ira could somehow result in a genuine contraction in global supplies, driving prices skyward and threatening the health of the world economy.

On the other hand, seeing Washington’s growing reliance on aggressive oil tactics to impose its sway, Iran will find its own innovative ways to wield the oil weapon to its advantage – and to Washington’s ultimate detriment. For all the talk of price falls, a bigger output from Saudi Arabia, or big new oil discoveries in North America, the geological facts speak otherwise. Even with greater Saudi output and new oil, worldwide production outside the Middle East can barely keep pace with demand.

Beyond and true, US' hardening line on Iran and the threat to re-impose further sanctions on Iran’s partners (mainly the remaining signatories to the nuclear deal) represents an attempt by the Trump administration to relieve the building domestic pressure it is facing from its constituents that are directly affected by its unnecessary trade wars on China, Russia, and the European Union.

Iran is not the only casualty of Trump's reckless and dangerous gambit. Blackmail and gangsterism will be devastating for other nations as well. The new escalation will not only drive up the risk of a major conflict in the Strait of Hormuz (Iran has threatened to raise the threshold by closing the passageway if it cannot sell oil) but will make it harder for governments to focus on long-term energy challenges, such as developing alternative fuels and alleviating energy poverty – challenges that are themselves critical to long-term energy security worldwide.

At this point, the ball remains in Washington's court. That's where the nuclear deal was violated and the economic war and tweeted threats were started, and that's where the next big step can be taken toward ending desperate methods that often resemble those of failed empires of the past. Iran will chart its own course though, but it is also open for talks but not under sanctions and certainly not when Trump and his regional agents of repression are making bellicose tweets for a war in the Strait of Hormuz with catastrophic consequences.

The hope is that the sound minds in Washington will appreciate that history is passing the sanctions regime by and that if they continue the immensely short-sighted, inconsistent and erroneous policies of their Disrupter-in-Chief against Iran and global cooperation, they will only be bringing upon their own country imperial overstretch, perpetual war, and insolvency.